Vail Resorts' stock tanked because the company is going through a rough time with the coronavirus outbreak. When the company reported its fiscal second-quarter 2020 results on March 9, it withdrew its previous financial guidance for the year because of the early negative trends it saw in its business and further uncertainty about the spread of the coronavirus.

On March 17, the company announced it was closing all of its North American ski resorts and retail stores for the remainder of the 2020-2021 ski season. 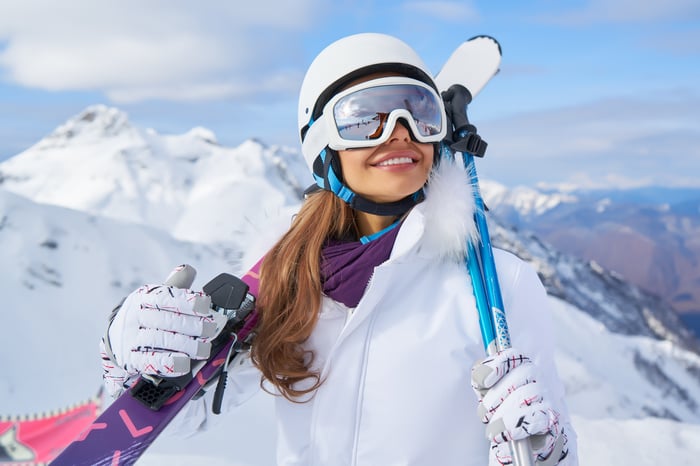 The following day, the company announced the closure of its lodging properties as well and said the company's results for March and April would fall short on resort-reported EBITDA by $180 million to $200 million against the expectations the company had as of March 1.

Since then, the company has announced several initiatives to curtail costs while its properties are closed. The company is reducing its capital spending by $80 million to $85 million during calendar 2020. That includes the deferral of mostly discretionary projects, including new chair lifts, terrain expansions, and other mountain and base area improvements.

The company also announced the suspension of its dividend for the next two quarters, which will preserve $140 million, and the furlough of all of its year-round hourly employees in the U.S. for at least the next month. And for the next six months, employees will see 5% salary reductions, or up to 25% for top executives, while CEO Rob Katz will be forgoing his full salary and the board of directors will be refusing all cash compensation.

Vail Resorts appears to be making the right moves to cut expenses and preserve cash while its properties are closed. Every September, Vail receives an influx of cash from the sale of season passes. To the extent skiers expect to be skiing again during the winder of 2020-2021, Vail should see some boost to its cash coffers at that point.

Investors should consider Vail Resorts to be a well-managed, high-quality business that should bounce back over time as its customers return to the slopes.