With people all over the world stuck at home with no live sports to watch, competitive video gaming has become all the rage.

Social networking giant Facebook (META -0.11%) is wading deeper into competitive video gaming waters. Capitalizing on the esports boom that's been getting a lot of press due to worldwide coronavirus-related lockdowns, on Tuesday the company announced it had added a Tournaments feature to its existing video game venue.

Facebook has featured casual games almost since its inception, directing users to well-known titles like Farmville and Words With Friends. It stepped up its gaming efforts in 2016, however, with an online venue aimed at gamers looking for more thrilling play. That platform has undergone several name changes, upgrades, and evolutions, the latest of which took shape on Tuesday when it gave users early access to Tournaments. 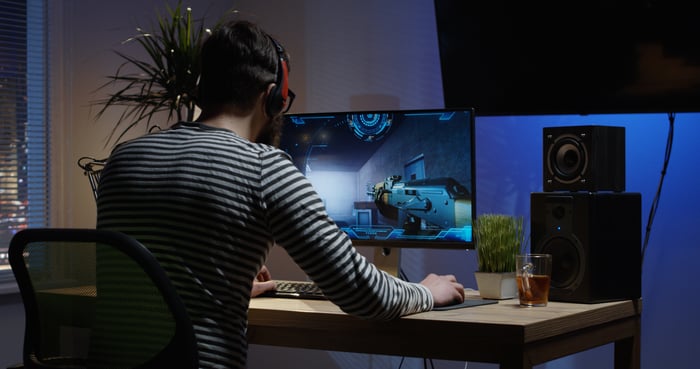 Tournaments allows individuals and organizations to create their own online competitive gaming events using Facebook's library of video games. These games include several titles that offer a more intense gaming experience that one might expect from gaming consoles. Facebook notes "Anyone can start or join a tournament. That could be a casual competition among friends, a creator playing with their chat, or a global esports competition. And it all happens virtually, from brackets to leaderboards, and everything in between."

With countless people stuck at home in the midst of the COVID-19 outbreak and looking for fresh entertainment, interest in video gaming has surged. Nielsen reported this week that during the last full week of March, video game play was up 45%, while spending on games grew 39%.