You might want to send your friendly stock analyst a thank-you note for this.

Some of the stocks making the biggest gains today are the same kinds of stocks that got hit hardest early on by the COVID-19 pandemic, and consumers' related avoidance of large public gatherings. Cruise operators Carnival Corp (CCL 2.67%) and Royal Caribbean (RCL 1.37%) for example, are up 5% and 10%, respectively. And gym operator Planet Fitness (PLNT 3.84%) is up 13.7%.

Believe it or not, you can probably thank Wall Street's stock analysts for this. 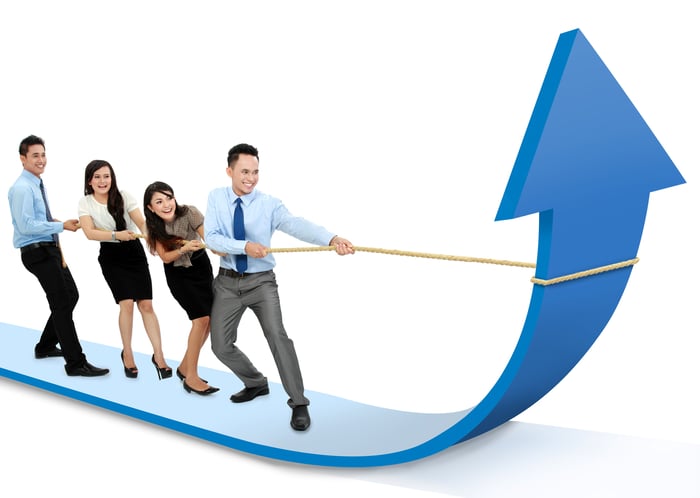 Ordinarily, you might think that a pair of price target cuts would be considered bad news for these stocks. But here's the thing: Currently, Carnival stock only costs about $11 and change -- 26% below what Nomura thinks it's worth. Royal Caribbean could be an even better deal. Assuming it avoids bankruptcy (and Nomura does), the analyst thinks Royal Caribbean shares, at $37 today, have the potential to go up as much as 68%, on top of the gains they've already notched today.

Planet Fitness, meanwhile, received two separate endorsements today. First, a "buy" rating from D.A. Davidson, which says COVID-19 is just a "blip" that does not detract from Planet Fitness' "superior unit economics". Second, positive commentary from Jefferies & Co., which predicts that many of Planet Fitness' rivals will close their doors permanently, leaving Planet Fitness with fewer rivals to compete against once this pandemic passes.

Granted, all three of these analyst opinions are partially predicated upon the businesses' abilities to survive the pandemic and the recession it is causing. The longer consumers remain averse to gathering in confined places, and to disposing of their discretionary income, the harder it's going to be for any of these companies to bounce back. The fact that they're all heading into this recession heavily burdened by debt -- $1.5 billion net of cash at Planet Fitness, $11.6 billion in net debt at Royal Caribbean, and a whopping $13 billion at Carnival -- isn't going to make their jobs any easier, or their futures any more secure.

For the time being, however, analysts seem optimistic that all three companies will make it through the recession intact -- and investors today seem to agree.