It's more than just government statements driving the market.

As we've come to expect these days, the big macroeconomic driver behind today's stock movements comes from someone in Washington, in this case, Federal Reserve Chairman Jerome Powell. He predicted today that because of "forceful measures to control the spread of the virus" taken by government, combined with a $2.2 trillion stimulus package and interest rate cuts to near zero, the U.S. economy is on track to resume "robust" economic growth just as soon as the coronavirus pandemic is brought under control, and the recession ends. 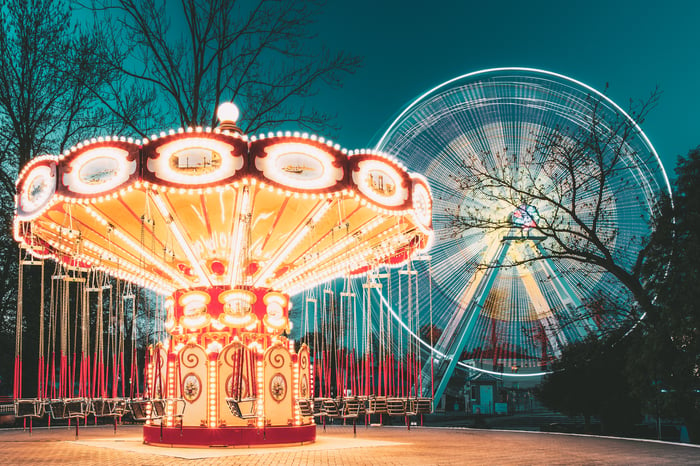 But government pronouncements aren't the only news having an effect today. This morning, shares of Six Flags got a lift from investment bank B. Riley FBR. As it explained in a note covered by TheFly.com, Wednesday's announcement that Six Flags is suspending its dividend and stock repurchases, and drawing upon a further $131 million in loans to keep itself afloat are evidence that the company has more liquidity than investors give it credit for.

Riley said it is feeling increasingly optimistic that Six Flags will make it through this crisis intact, and for this reason, it is raising its price target on the shares by 19%, to $15.50.

As you'd expect, of the three stocks named above, Six Flags is getting the biggest boost from the news. Still, investors appear to be extrapolating Riley's optimism regarding one amusement park operator to the others as well, helping to support share prices at Cedar Fair.

In other analyst news, shares of gym operator Planet Fitness (PLNT 6.43%) are also on the upswing today, gaining more than 10% on continued optimism after Wednesday's upgrade from D.A. Davidson, which hiked Planet Fitness shares to a buy rating with a $50 price target. Yet even after two days of price gains, the stock isn't quite there yet, and investors may be taking Davidson's words about the fitness company's "superior unit economics" to heart.

Davidson's assessment that weakness in the shares are a mere COVID-19 blip appears to line up well with Powell's commentary about an initial downturn turning into a robust economy a few quarters down the road. With analysts and government officials all in agreement, it's hardly surprising to see investors continuing to bid up these shares as well.