Please ensure Javascript is enabled for purposes of website accessibility
Log In Help Join The Motley Fool
Free Article Join Over 1 Million Premium Members And Get More In-Depth Stock Guidance and Research
By Prosper Junior Bakiny - Apr 10, 2020 at 6:55AM

Despite Biogen successfully fending off patent challenges to its top-selling product, the company's future remains murky.

Earlier this year, Biogen (BIIB -1.28%) dodged a bullet when it won a patent challenge to its multiple sclerosis (MS) drug, Tecfidera, in a lawsuit brought before the U.S. Patent Trial and Appeal Board by Mylan (MYL). Had Biogen lost this lawsuit, it would have meant serious trouble for the company since Tecfidera is currently its best-selling product.

Given this factor, it isn't surprising that Biogen's shares soared by a double-digit percentage on the heels of this significant win. And while the company has given up some of these gains since, Biogen's stock is still up by 7.6% year to date, which compares favorably to the performance of the S&P 500, which is down by 13.4% since the beginning of the year. However, Biogen will keep facing headwinds moving forward, and the company is far from being out of the woods. Is now a good time to buy shares of this company?

During the fourth quarter, Biogen recorded $1.2 billion in revenue from Tecfidera, representing a 5% year-over-year increase. Revenue from Tecfidera accounted for about 40% of the company's total revenue, and its second-best-selling product, spinal muscular atrophy treatment Spinraza, brought in $543 million in revenue. While sales of Spinraza have been increasing at a good clip (they increased by 16% year over year during the fourth quarter), Tecfidera remains Biogen's most lucrative cash cow, hence the importance of keeping the competition at bay. 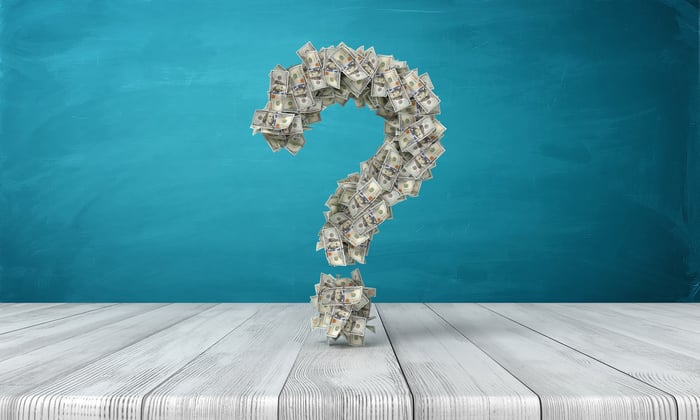 However, Tecfidera is still facing threats. For instance, Mylan plans to continue challenging the validity of Tecfidera's patent. While not much may come of this particular challenge, it is worth noting that Tecfidera faces stiff competition in the MS market. There's Mayzent, an MS drug developed by Novartis (NVS -2.12%), and Ocrevus, which is marketed by Roche (RHHBY -2.50%). In other words, despite Biogen's recent win, investors should remember that it won't be smooth sailing for Tecfidera until its patent expires in 2028.

In March 2019, Biogen announced it was discontinuing the development of aducanumab, an investigational treatment for Alzheimer's disease (AD). Biogen made this decision because monthly doses of aducanumab had failed to slow "cognitive and functional impairment" in AD patients in a phase 3 clinical trial. However, the company made a shocking announcement in October when it decided to bring this project back from the dead. As it turns out, when looking at a more extensive dataset, AD patients treated with aducanumab "experienced significant benefits on measures of cognition and function," according to Biogen.

The company now plans on sending aducanumab to the U.S. Food and Drug Administration (FDA) for review sometime this year. Note that there are no FDA-approved drugs that treat the cognitive decline of AD, and there are almost 6 million people who have AD in the U.S. alone. In other words, this could be an exciting market opportunity for Biogen. With that said, though, it is far from a guarantee that the FDA will approve aducanumab.

If Biogen manages to receive approval for aducanumab, it would be a big deal. However, the company's prospects seem a bit murky at this point. Sales of Tecfidera have been crawling in recent quarters, and the company's best-selling drug will continue to face challenges moving forward. Also, whether aducanumab will manage to earn FDA approval is anyone's guess.

It's worth noting that Biogen recently teamed up with Vir Biotechnology (VIR -9.13%) to develop a treatment for COVID-19. Vir's goal was to identify antibodies that could be effective against SARS-CoV-2 -- which is the virus that causes COVID-19 -- and quickly move through the development and manufacturing phases of these antibodies with the help of Biogen. However, many other companies are currently looking to develop treatments for COVID-19. At this point, it seems unlikely that Biogen and its partner, Vir Biotechnology, will make a fortune off of their potential treatment for the disease.

Lastly, Biogen may be trading at 9.17 times forward earnings, but the company is expensive when considering future earnings growth. The company's price-to-earnings growth (PEG) ratio is 5.9. Investors comfortable with a little risk and uncertainty should consider taking a chance on Biogen, but risk-averse investors will probably want to look at other biotech stocks.