Please ensure Javascript is enabled for purposes of website accessibility
Log In Help Join The Motley Fool
Free Article Join Over 1 Million Premium Members And Get More In-Depth Stock Guidance and Research
By Lee Samaha - Apr 13, 2020 at 9:17AM

The aerospace stock has been a star performer in the last decade, but is it the best value in its sector?

Despite the recent market turmoil, aerospace and defense component manufacturer Heico's (HEI 0.54%) stock is still up 175% over the last five years and 684% over the last decade. It's a startling reminder of just how good the aviation market has been since the last recession. That said, the challenges wrought on the commercial aviation industry by the COVID-19 pandemic are creating significant earnings headwinds. In this environment, is Heico stock a buy?

It's been a particularly brutal year so far for the aerospace industry. As the COVID-19 pandemic spread around the globe, it became clear that the air travel restrictions put in place to contain it would damage the aviation industry. 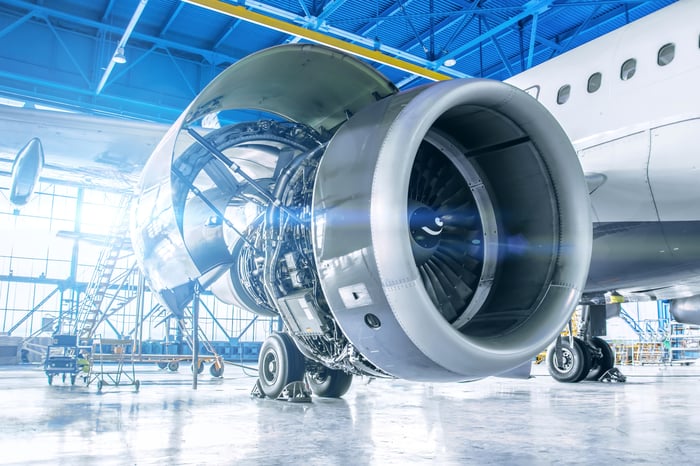 Indeed, the dramatic deterioration in the industry's fortunes can be seen when looking at the International Air Transport Association's (IATA) modeling assumptions. The IATA started March predicting a $29.3 billion impact on spending on air transport in 2020 as a result of COVID-19 in Asia. By the end of March, the month in which the coronavirus spread internationally, the IATA was forecasting a $252 billion hit.

The change in the fortunes of the industry can be seen in the price charts of some of the leading companies with aerospace exposure. 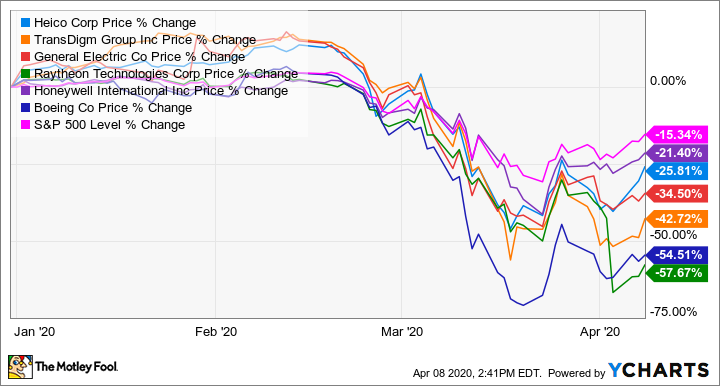 The questions now are (a) What do you have to assume in order to buy aerospace-related stocks? and (b) Is Heico the best value stock in the sector?

The company operates out of two segments, with the flight support group (FSG) responsible for 60% of sales in 2019 and the electronic technologies group (ETG) accounting for the rest. The two segments contributed roughly the same amount of operating income in the last two years.

The ETG produces electronic components for the space and defense industries, and customers include the major aerospace and defense companies including General Electric, Boeing, Raytheon Technologies, and Honeywell.

However, the really exciting part of Heico and the reason it deserves a valuation premium to its peers is the FSG. The business is the world's largest independent producer of Federal Aviation Administration-approved aircraft and engine parts. Its chief competitors are the original equipment manufacturers (OEMs) like engine aircraft companies GE, Pratt & Whitney (part of Raytheon Technologies), and Rolls Royce.

The aerospace aftermarket is highly lucrative, and given that Heico believes its FSG only has 2% of the market for jet engine and aircraft component replacement parts, it appears to have a substantial growth opportunity.

If you are considering buying Heico, then it follows that you have a positive long-term outlook on the aerospace industry, not least because it's almost impossible to know where the industry is headed in the near and medium terms.

The reason is that no one truly knows when the COVID-19 pandemic will be over, when the travel restrictions will be lifted, or even how many airlines will be solvent when the whole process is over. There's also the question of whether passenger growth will revert to its previous trend after the pandemic is over.

In this context, investors who are positive on the sector need to consider whether Heico is the best way to invest in it. To help answer this question, here's a chart of enterprise value (market cap plus net debt), or EV, to earnings before interest, taxation, depreciation and amortization, or EBITDA -- a commonly used valuation method. 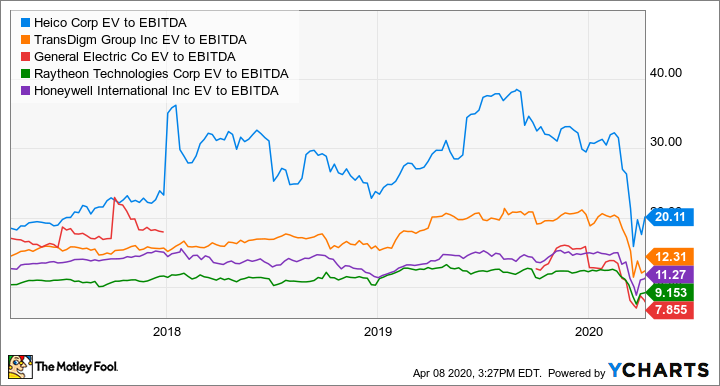 I would argue that it is not. At least, it isn't on a risk/reward basis when compared to its peers. For example, Honeywell generates less than half of its sales from aerospace, so it's likely to offer more downside protection should the aviation industry be headed for a protracted slowdown. From this viewpoint, it's a lot less risky and also trades at a much lower valuation.

Raytheon Technologies has a similar kind of revenue split (commercial aerospace/defense) Heico does, but its valuation is substantially lower. Given a buoyant aerospace market, Raytheon Technologies can expect strong long-term growth from servicing its growing installed base of Pratt & Whitney aircraft engines.