Bloomin' Brands (NASDAQ:BLMN) has seen several ups and downs in recent months -- even before the coronavirus pandemic took hold of the economy -- as activist investor JANA Partners LLC made a bid to get Bloomin' to auction itself off in February. Though Bloomin', the parent company of Outback Steakhouse, Bonefish Grill, Carrabba's Italian Grill, and other restaurant brands, ultimately didn't put itself on the auction block, JANA Partners just managed to get two directors onto its board, raising the possibility it might try again in the future.

This isn't JANA's first rodeo in getting control of a company and maneuvering it into selling itself to a yet larger business. It reaped $450 million in profits, effectively doubling its cash, by guiding the troubled PetSmart into being acquired by BC Partners and its allies for $8.7 billion in 2014. As a prelude to the move, JANA bought a 10% stake in PetSmart (which was then publicly traded). This allegedly allowed it to obtain sensitive internal documents, pressuring PetSmart into compliance with the sale plan to avoid the documents' publication.

History repeated itself in April 2017 when JANA purchased 9% of Whole Foods Market's stock. Whole Foods was then an independent publicly traded company. Declaring Whole Foods "undervalued," JANA launched a seven-point program to improve its "value for shareholders" while suggesting Whole Foods should sell itself. By July, JANA steered Whole Foods into auctioning itself off to Amazon, pocketing $300 million in the process. 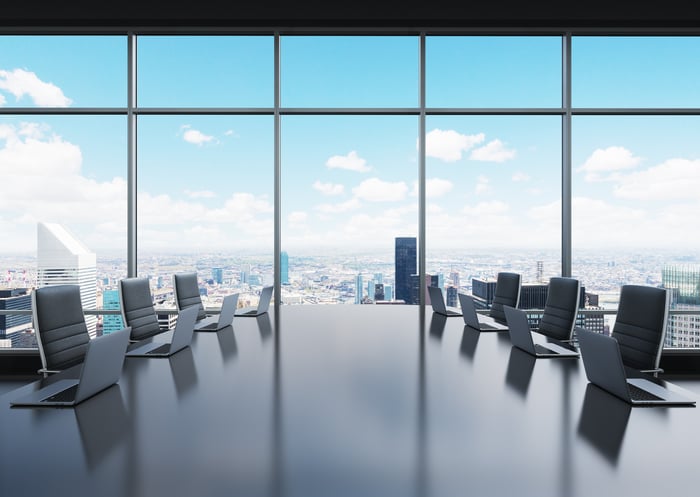 In April 2018, JANA bought a 9.5% stake in Pinnacle Foods, Inc., nominated members to its board, and suggested it sell itself. The result arrived in late June 2018 when Pinnacle was sold to Conagra Brands for $8.1 billion, giving a $144 million profit to JANA Partners.

JANA tried the same maneuver on Bloomin' in 2018, buying up 8.74% of its stock and placing Wendy Beck, a JANA pick, onto Bloomin's Board of Directors. JANA sold off some of its stake after failing to win Bloomin's compliance in 2018, but in August 2019, it upped its stake to 9.2% again. JANA attempted to pilot Bloomin' into spinning off Outback into one company and its other brands into a second. It was also during this period that Bloomin' said it was looking for a purchaser, possibly due to pressure from JANA.

The new board agreement

After Bloomin' decided not to sell itself at the start of 2020, talk of a split between its various constituent brands also trailed off. Now, JANA and Bloomin' have worked out an agreement. JANA originally wanted to add two more members to Bloomin's eight-member board of directors, giving them three seats. Now, the restaurant company and the activist investor have agreed to a seeming compromise: Bloomin' will expand the board to 10 members, and let JANA Partners nominate the two new directors. The compromise lets Bloomin' keep all of its own current directors while also acceding to JANA's earlier demand to have two of its people put on the board.

One of the freshly minted directors, Scott Ostfeld, is a partner at JANA and adds directly to the company's influence on the board. The other is independent. John Gainor has a long list of executive credentials to his name, including Dairy Queen CEO, President of restaurant supply chain and expansion business Supply Solutions, Inc., and other posts related to trucking, logistics, transport, and supply.

A recent 8-K Current Report to the Securities and Exchange Commission provides details of the pact. Gainor and Ostfeld will join the expanded board on July 1. The agreement binds Bloomin' to cap the board's size at 11 members and not shrink it in such a way that a JANA director would have to resign. In return, JANA agrees not to acquire more than a total of 14.99% of Bloomin's shares, not to try "to influence or control the management or policies" of the company for a set period, and generally to cooperate with ongoing operations into 2021. JANA is also temporarily prohibited from disclosing internal information regarding a range of different company matters, which might potentially prevent it from using the threat of publicizing internal documents to induce Bloomin's compliance, as some sources say was the case with PetSmart in 2014.

Does it matter for investors?

To those investing in restaurant stocks, JANA Partners' maneuvering could prove beneficial. JANA's intentions are unknown, but the possibility remains it might leverage its stronger presence on the Bloomin's board to prompt the latter to sell itself in the future. If this happened, any current holders of Bloomin' stock could expect to cash out profitably much as JANA would, though on a smaller scale.

On the other hand, if Bloomin' remains independent and undivided, JANA appears to be treating it as a "fixer-upper," intending to streamline its operations to enhance its value to any eventual purchaser. John Gainor, in particular, seems to be bringing a lot of experience in food industry logistics and supply to the company. He could potentially spot areas of underperformance, helping the restaurant company improve its efficiency and profitability. At this point, regardless of what JANA is planning or how it develops, it's hard to see a downside to holding onto Bloomin' Brands stock.