The novel coronavirus has done a number on the U.S. economy, most likely plunging us all into recession -- and as we learned today, railroads are not immune.

As the Association of American Railroads (AAR) reports, total freight traveling on American railways declined 23.8% year over year for the week ended April 11, to 198,726 "carloads."

Intermodal traffic, which refers to freight moving alternately by rail, truck and/or ship, took less of a hit, but still isn't looking healthy with a 20% year over year decline to 213,777 "containers and trailers" moved. 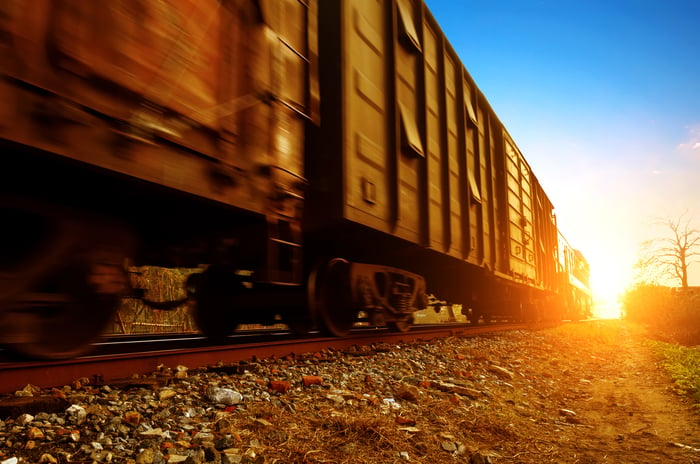 The slump in traffic spread widely throughout the economy, with nine of the 10 "commodity groups" tracked by AAR posting year-over-year declines. Coal shipments were particularly hard hit, down 36% year over year, while "metallic ores and metals" shipments fell only about as badly as the average decline, falling 25%. "Motor vehicles and parts" shipments fell most of all, down 88%.

Considering the extent of these declines, railroad stocks aren't reacting nearly as poorly as you might expect -- yet. In midafternoon trading, Union Pacific (UNP 2.32%) stock is down only 1.1%, and CSX Corporation (CSX 1.51%) and only slightly worse 2.5%.

Commenting on the numbers for RA, AAR Senior Vice President John Gray noted that "it's still too early to say when the current crisis will end," but pointed out that even with rail traffic down, "railroads are continuing to move massive amounts of freight, including countless essential chemicals, food products and manufactured goods that we need in good times and bad."

In a rare bit of good news for quarantined Americans baking away at home, grain shipments grew 3%.