Please ensure Javascript is enabled for purposes of website accessibility
Log In Help Join The Motley Fool
Free Article Join Over 1 Million Premium Members And Get More In-Depth Stock Guidance and Research
By Adam Levy – Apr 15, 2020 at 10:00AM

The Disney streaming service isn't a Netflix replacement for most households.

There was a big fear among investors that the launch of Disney's (DIS -3.20%) new streaming service, Disney+, would result in a mass exodus of subscribers from Netflix (NFLX -1.78%). And while Netflix has admitted the launch of Disney+ had a meaningful impact on its subscriber numbers, the results haven't been as bad as some expected.

Subscriber churn jumped considerably higher in November and December, and it remained elevated in January. But data from Antenna found churn started moving lower again in February, and dipped even lower in March after more physical-distancing practices went into effect, according to Business Insider.

Moreover, the gap in retention between subscribers who signed up for Disney+ and those who didn't is getting smaller, falling to 1.3 percentage points (4.8% versus 3.5%) in March versus 2.2 percentage points (6.5% vs 4.3%) in November.

The relative drop in Disney+ subscribers canceling Netflix is indicative that Disney+ isn't a replacement for Netflix for most households. 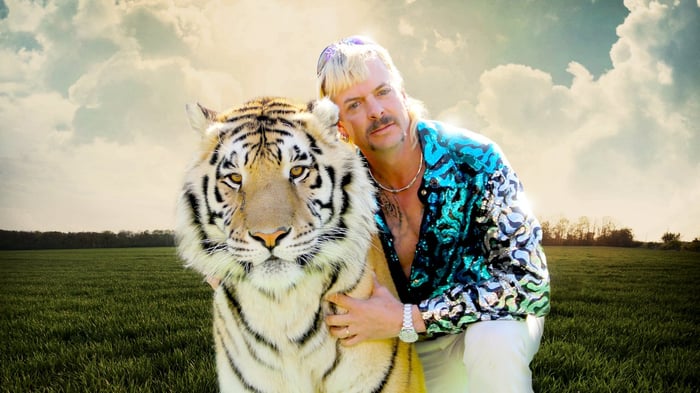 Netflix is holding up well compared to smaller competitors

It's not just physical-distancing efforts that are keeping subscribers from canceling Netflix. If that were true, AT&T's (T -1.22%) HBO, ViacomCBS' (NASDAQ: VIAC) Showtime, and other premium over-the-top services would see a reduction in churn during March as well. In fact, the opposite happened, according to Antenna's data.

Rising churn among those services indicates Disney+ is having a much bigger impact on smaller competitors than it is on Netflix. That could be because Netflix is seen as a pillar for living room entertainment for anyone cutting the cord. Meanwhile, HBO and Showtime are still strongly tied to the cable bundle, and Disney+ may be pushing more consumers to cut the cord.

Disney+ is more a replacement for HBO or Showtime than it is Netflix. It provides additional content to fill in the gaps where Netflix is lacking. And with Netflix creating more and more content that would be just as at home on one of the legacy premium cable networks as it is on Netflix, Disney+ and its differentiated content is much more appealing for rounding out a streaming-service portfolio.

To that end, AT&T hopes to provide a better competitor to Disney+ and other secondary streaming services with the introduction of HBO Max. It'll add thousands of hours of content to HBO's catalog, including content from Turner networks like Cartoon Network and the entire back catalog of Sesame Street. It could attract more families to the service, which is a massive strength for Disney. That said, it's more likely to act as a way to improve subscriber retention than to attract new subscribers due to the relatively high price ($15 per month) versus Disney+ ($7 per month) and others.

Disney+ just launched in several countries in Western Europe at the end of March and in early April. The early results show strong adoption -- just like Disney saw in the U.S. -- with global subscribers surpassing 50 million. About 12 million are in those European countries.

Some have expressed concerns that those European countries, some of which have been devastated by COVID-19, could see lower demand for premium streaming services due to an economic downturn. The strong adoption of Disney+ indicates that's likely not the case (at least not yet). There's still an outside chance consumers are ditching Netflix en masse for Disney+ to save money, but that would be a significant departure from what we've seen in the U.S.

Netflix's Europe, Middle East, and Africa (EMEA) region is its biggest growth driver. It grew subscribers 37% in 2019 and revenue soared over 42%. Without other strong global competitors in the region, Netflix is still growing quickly. The addition of Disney+ could slow it down a bit, but it shouldn't be anything to worry about. The service is still more a complement to Netflix than a replacement.