Please ensure Javascript is enabled for purposes of website accessibility
Log In Help Join The Motley Fool
Free Article Join Over 1 Million Premium Members And Get More In-Depth Stock Guidance and Research
By Lee Samaha - Apr 15, 2020 at 8:52AM

General Electric's news that it will miss its first quarter earnings guidance is disappointing, but not unexpected.

General Electric (GE 1.30%) recently told investors it would materially miss its first-quarter earnings guidance of adjusted EPS of $0.10, and withdrew its guidance for 2020. The news is disappointing, but not unexpected. The deeper question is, what does this mean to the investment proposition for the stock?

Ultimately, the answer to the question lies in how you decide to value the stock. In general, there are two polemic ways to do it:

The reality is that most people will take a view somewhere in between these two positions, but for argument's sake let's look at what the earnings update means for both approaches. 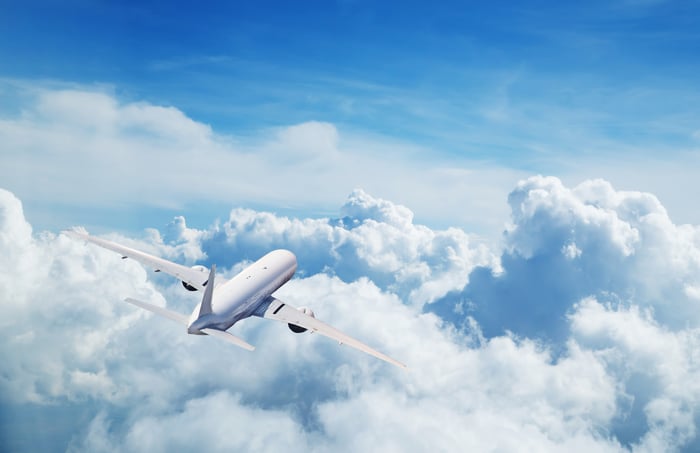 General Electric as a diversified conglomerate

If you are taking a relatively near-term viewpoint, then any downgrading of earnings expectations will be taken as bad news. Moreover, the pressure on GE's earnings prospects is clearly growing. Most of the attention is focusing on GE Aviation and the impact on highly lucrative aftermarket demand in the wake of the cessation of international travel. That's fair enough, but there's actually a lot more at risk for GE in 2020.

For example, the value of GE's stake in oil services company Baker Hughes has been significantly affected by the latter's near 50% drop in 2020. GE Healthcare has just sold its main growth (and arguably its most defensive) business (biopharma to Danaher), and according to management, GE Healthcare is seeing "reduced demand for certain equipment as elective procedures are postponed or canceled around the world."

It gets worse. GE Power could see reduced demand for power services, as electricity demand wanes on the back of a cut in industrial production, and the most profitable part of GE Capital is a commercial aviation leasing company, GECAS.

It's fair to say that GE's near-term earnings are under significant threat. This is all the more important when you consider how sensitive the stock price has been to GE's FCF guidance in recent years. GE was actually one of the best performing stocks in 2019, and the big move upward came in the autumn when management hiked FCF guidance. 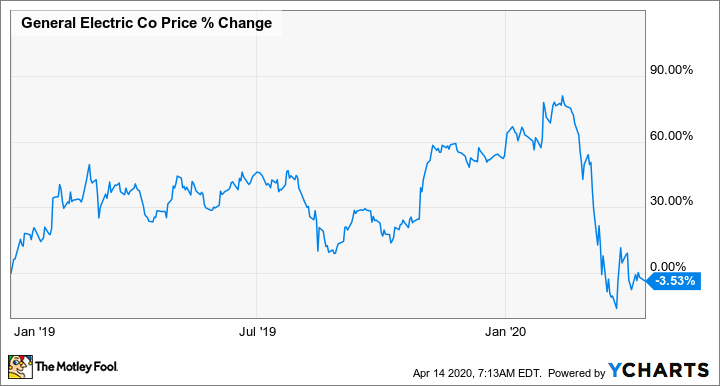 Given the difficulties inherent in 2020, CEO Larry Culp is going to find it very difficult to generate a repeat performance of under-promising/over-delivering on FCF guidance as he did in 2019.

The second approach to valuing GE will focus on the question of the COVID-19 pandemic and its relation to GE's long-term stream of income from the aircraft engine aftermarket. This approach likely sees the issues in healthcare, renewable energy, and power as probably being temporary in nature provided the global economy doesn't enter a protracted recession.

The focus then centers to GE Aviation. Specifically, the question is if the slump in passenger travel and financial pressure in airlines is going to lead to airplane order deferrals and cancellations over an extended period. Moreover, if there's some sort of structural shift in consumer preferences toward avoiding air travel, then it's inevitable the aerospace industry will get hit.

Airplane orders are critical because they lead to orders for GE engines, which ends up with an increase in the installed base of engines. GE can then profit from highly profitable aftermarket/service revenues over the long term.

Given the company's dominant position in commercial aircraft engines -- GE has 29% of the market for engines in North America with its joint venture with Safran, CFM International, having a further 32% -- it's imperative that the commercial aviation market starts to normalize after the COVID-19 pandemic has been contained. If it doesn't, then investors are going to have reduced expectations for GE's long-term value.

Putting all this together, it's clear that if you think of GE as purely being an industrial conglomerate, then the stock is worth avoiding. The company's market cap is around $62 billion, and based on the previous guidance for $2 billion to $4 billion in industrial FCF in 2020, the stock trades on 15-31 times FCF. A full-year FCF figure of $3 billion might make the stock look a good value, but it doesn't look likely to get there now.

If you value GE as an "aviation plus" type company, then the main focus is going to be on the question of whether the aerospace market will recover to something like where it stood before the crisis hit. That's also looking unlikely, and in any case the answer to that question is going to come after it's clear that the pandemic is being contained and travel restrictions will be lifted. That could take a while.