Please ensure Javascript is enabled for purposes of website accessibility
Log In Help Join The Motley Fool
Free Article Join Over 1 Million Premium Members And Get More In-Depth Stock Guidance and Research
By Leo Sun – Apr 16, 2020 at 11:10AM

Are GSX’s growth rates “too good to be true?”

The collapse of Luckin Coffee (LKNC.Y -1.52%), the Chinese coffee chain which recently admitted its sales figures were inflated, caused short-sellers to hunt down other high-flying Chinese stocks with questionable business models. One of those stocks is GSX Techedu (GOTU -0.78%), an online education company that gained a lot of attention as the COVID-19 epidemic swept across China.

Back in February, Grizzly Research claimed that GSX was inflating its revenue and student numbers. Earlier this month, Citron Research issued a similar report, calling it the "most blatant stock fraud since 2011." Both firms claimed that GSX's reported numbers were simply "too good to be true." 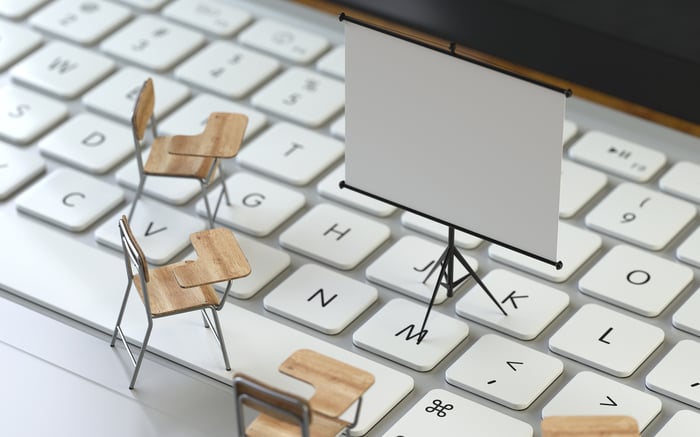 Investors should take these accusations with a grain of salt since Grizzly and Citron both have mixed track records. Citron, for example, actually defended Luckin before another prolific short-seller, Muddy Waters, took down the stock. However, investors should still hear them out to decide whether GSX could be a worthy investment.

How fast is GSX growing?

GSX owns a live-streaming platform that allows instructors to teach up to 100,000 students per session. It develops its own in-house materials and claims to hire only certified teachers instead of freelancers.

Last year, GSX's revenue surged 432%, its gross billings rose 413%, and its net profit soared 659%. Its total enrollments grew 258% to 2.74 million, and it expects its first-quarter revenue to rise 303% to 311% annually. Those growth rates explain why the stock has roughly tripled since its initial public offering last June.

GSX's revenue growth accelerated in 2019, but its gross billings growth -- the total amount of cash it receives after the payment of refunds -- decelerated. GSX offers complete refunds on unattended classes, so its deceleration in billings growth suggests that some students aren't completing full courses.

During last quarter's conference call, chief financial officer Shannon Shen admitted that a "large lot" of new GSX enrollments came from promotional and free offers. But at the same time, the company's adjusted (non-GAAP) gross margin expanded from 64.1% in 2018 to 75.4% in 2019 -- which was odd for a company offering promotions in a fiercely competitive market.

Are GSX's numbers "too good to be true?"

Grizzly Research claims GSX's credit reports in China reveal that it had "been drastically overstating its profitability in its U.S. public filings, especially for 2018." It also accused it of off-loading costs to off-balance-sheet entities that were actually hidden parts of the company. 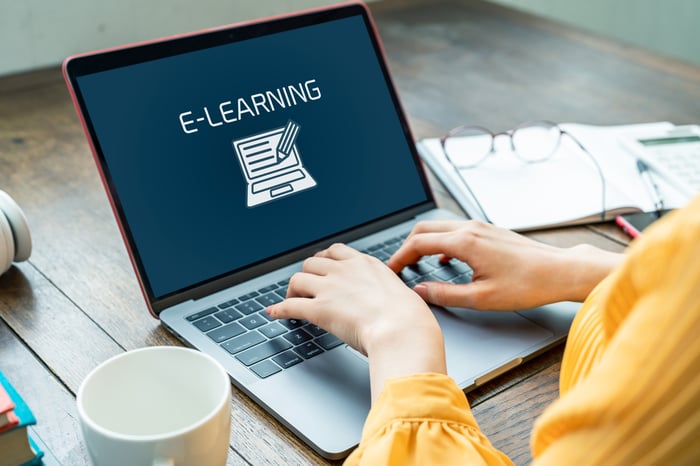 In January, GSX purchased commercial real estate in Zhengzhou, China, for 330 million yuan ($46.7 million). Grizzly claims that allowed it to overstate its capital-expenditure investment, to "wash off the cash that was exaggerated on its balance sheet in the first place."

Grizzly alleges that GSX's student enrollment counts are "essentially fake," since its web traffic doesn't match the number of enrolled students, and accuses it of hiring teachers straight out of college without any prior experience and fabricating their profiles.

Grizzly notes that GSX's previous CFO resigned shortly before its IPO, and its current CFO Shannon Shen previously worked at SinoEdu, an online education company that faced allegations of fraud in China. It also points out that GSX's insiders and older shareholders have been "aggressively" selling their shares since its IPO.

Citron notes that China's state media left GSX out of several surveys regarding the country's leading online-learning platforms, which included TAL, New Oriental, Tencent's Penguin Tutoring, Yuanfudao, and other major players. It also notes that GSX, a company that was supposedly growing 10 times as quickly as its industry peers, was absent from QuestMobile's latest rankings of China's top online education platforms.

That omission seems odd, especially since GSX claimed to be China's "third largest online K-12 large-class after-school tutoring service provider in China in terms of gross billings" in its F-1 filing. That data came from the controversial research firm Frost & Sullivan, which likely used the pliable "large class" term to differentiate GSX from its much larger rivals.

Citron claims that after reviewing about 20% of GSX's available classes, it concluded that it had overstated its revenue by about 70% through duplicate class bookings and other "suspicious" transactions. It also pointed out that many class reviews appeared to have been posted by "fake" students, in batches of nearly identical messages.

Could GSX be the next Luckin Coffee?

Earlier this year, I recommended GSX as a "good speculative play for investors who can stomach the volatility," but the recent allegations are troubling.

I'm not completely convinced GSX is executing outright fraud, but Grizzly's and Citron's reports raise too many red flags to ignore. Therefore, I'd avoid this stock unless GSX clearly refutes all the points raised by the two short-sellers.