Please ensure Javascript is enabled for purposes of website accessibility
Log In Help Join The Motley Fool
Free Article Join Over 1 Million Premium Members And Get More In-Depth Stock Guidance and Research
By Jason Hall – Apr 19, 2020 at 7:05AM

Using your stimulus check to invest for the future is an excellent idea, but only if you've done these 3 things first.

Americans started getting their federal stimulus checks this week, part of the government's massive $2 trillion-plus in economic support to soften the blow of the coronavirus recession. Depending on your earnings and dependent status, American adults will receive as much as $1,200 each, plus $500 per qualifying child under 17. For a family of four earning the median U.S. household income, that could be worth $3,400.

For anyone out of work, without savings, or otherwise facing financial hardship, that money could help pay bills, put food on the table, or be the seed for growing a financial safety net. It's also expected that plenty of people who get their stimulus check will do just that -- spend it in some way to help stimulate the economy, or give to a charity that's helping people in need during this crisis. 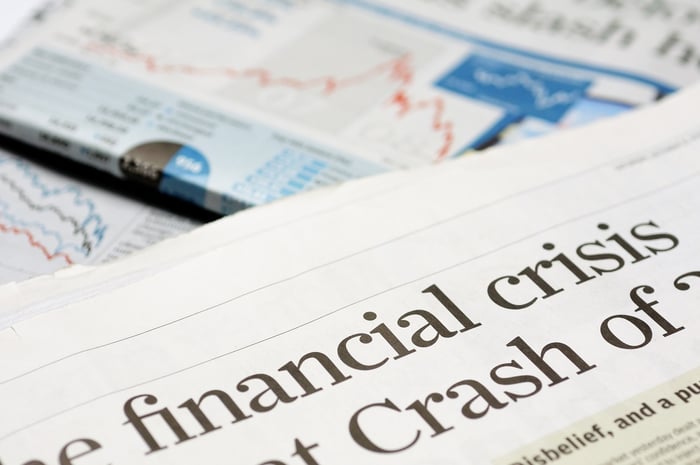 The economy is set to get much worse. You may want to check off these boxes before buying stocks with your stimulus check. Image source: Getty Images.

But others will see it as an opportunity to help boost their financial future, and use it to buy stocks. Even after a strong rebound, the SPDR S&P 500 ETF Trust (SPY 2.64%) -- a decent proxy for the U.S. stock market -- is still down 15% from the pre-crash high while many individual stocks are down even more.

Should you buy stocks with your stimulus money? Let's take a closer look at three things you should probably do first. Once you've checked those off, then using your stimulus check to take advantage of stocks on sale is an excellent thing to do.

Do you have emergency savings?

It's smart to take advantage of a stock market sell-off to buy stocks. Unfortunately, far too few Americans do something that's just as important: save up enough money for emergencies. The U.S. personal saving rate has been increasing since the Global Financial Crisis a decade ago, but it's still far below historical levels, leaving millions unprepared for an economic shock like we're going through now. 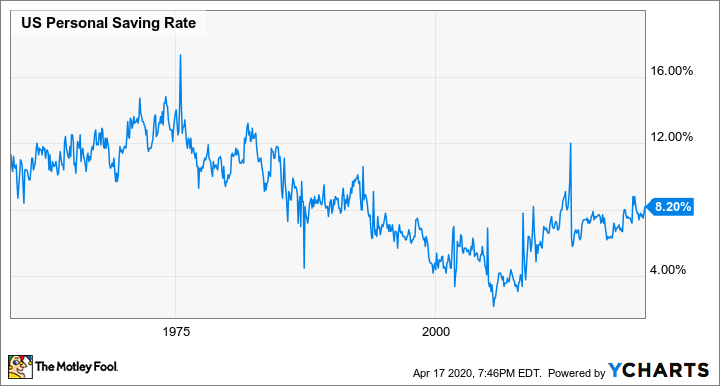 Ideally, you should have enough cash savings to cover at least three months' basic expenses, with the goal of building that up over time to six months, and then aim for a year's savings, especially if you own a home.

Before you take your stimulus check and invest it in stocks, it may be a better idea to stick it in savings if you don't already have enough cash saved to cover a few months' living expenses.

Have you paid off high-interest debt?

While stocks have proven the best, most-accessible way for regular folks to build wealth, high-interest debt like credit cards and store charge accounts are the single biggest wealth destroyer. The reason is simple -- simple math, actually -- and it's something that Albert Einstein is said to have called the "most powerful force in the universe": compounding growth.

The thing with high-interest debt is, compounding works in reverse, too. Most credit cards charge an annual interest rate -- the APR -- of 20% or more. For context, the S&P 500 has averaged about 10% in total returns on an annualized basis, or about half the interest you'll pay on most credit card debt if you're just making the minimum payments.

As enticing as it may be to buy stocks right now, you'll come out ahead if you pay off high-interest debt first.

Have you made sure your job is really safe? 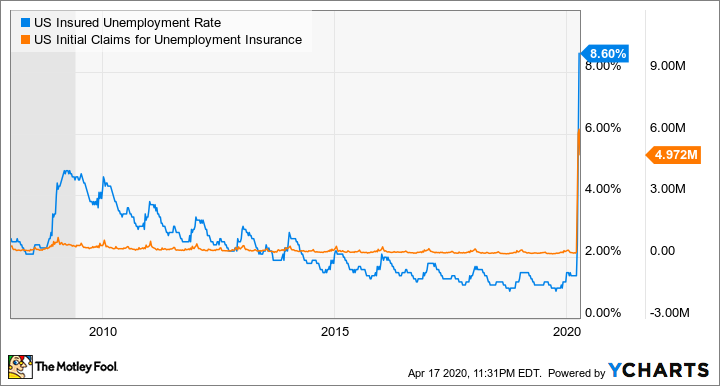 Much of this massive wave are people with jobs in the hardest-hit sectors, including retail, restaurants, travel, and hospitality. These industries have all but shut down, with about 95% of Americans now under travel restrictions and stay-at-home orders. Yes, many of those job losses should prove temporary, particularly if parts of the economy are able to open up sooner rather than later. But the longer the economy is locked down, the more businesses will be forced to lay off staff and cut costs. That could mean many more jobs at risk in the weeks ahead, including people now working from home whose jobs normally wouldn't be at risk in a typical recession.

But this recession is anything but typical. Before you rush to deposit your stimulus check in your brokerage account, it may be worth hanging on to it for another few weeks or even a couple of months, just to be sure your source of income is as secure as you think.

In a recent interview with The Wall Street Journal, investing legend Charlie Munger -- Warren Buffett's partner and the vice-chair at Berkshire Hathaway  -- recently described the current environment as a typhoon and said: "We just want to get through the typhoon, and we’d rather come out of it with a whole lot of liquidity. We’re not playing, 'Oh, goody, goody, everything’s going to hell, let’s plunge 100% of the reserves [into buying businesses].'"

That's excellent advice for anyone without a significant margin of safety right now. Sure, stocks are cheap, but in this unprecedented environment it's important to make sure you've prepared for the storm.

In the meantime, there's another great way to take advantage of the market sell-off: Crank up your pre-tax retirement account contributions. It may not be as much money as your stimulus check, but you'll still be buying some stocks at a discount, and lowering your 2020 tax bill as a side benefit. Most importantly, you'll have your stimulus funds in the bank to soften the blow if worse comes to worst and your job isn't as secure as you expected.

These 5 Dividend ETFs Are a Retiree's Best Friend