Please ensure Javascript is enabled for purposes of website accessibility
Log In Help Join The Motley Fool
Free Article Join Over 1 Million Premium Members And Get More In-Depth Stock Guidance and Research
By Rich Smith - Apr 20, 2020 at 11:46AM

Citigroup is "throwing in the towel."

Shares of Boeing (BA -1.98%) dropped more than 5% in early trading Monday before rebounding to about a 3% loss as of 11:05 a.m. EDT today. This morning, analysts at Citigroup downgraded Boeing stock from buy to neutral. 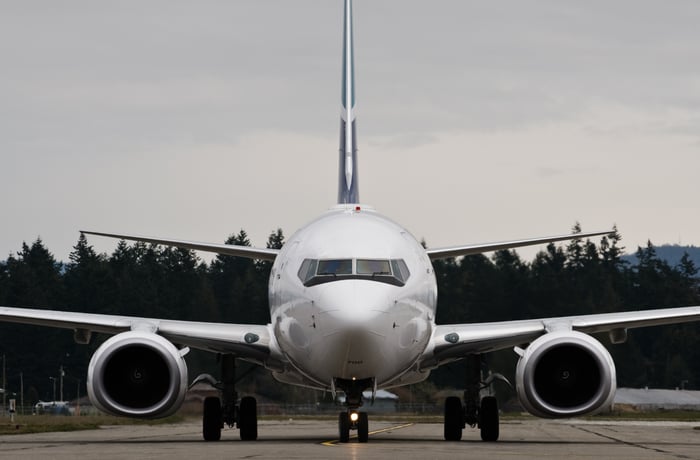 The downgrade comes only after Boeing stock has fallen roughly 60% in the past year, and Citigroup admits that "we're throwing in the towel far too late." Still, it believes that this is the right call, no matter how late.

The airline and aerospace industries have both collapsed under the weight of the COVID-19 pandemic, Citi said in a note covered by StreetInsider.com this morning, and "[Boeing] has unique challenges beyond a dimmer aero picture." These include the financial burden of having to pay an extra $410 million to remain in the race against SpaceX to restore this country's ability to launch astronauts from its own soil.

Simply put, with Boeing currently unprofitable and burning cash ($4.3 billion in negative free cash flow last year, and probably more cash was burned in Q1 2020), Citi sees no compelling reason to own the stock -- at least not until this present recession shakes out.

In the meantime, Citi said, Boeing supplier Spirit AeroSystems (SPR -0.27%), which is still profitable and free-cash-flow positive (through the end of last year, at least), "offers more compelling risk/reward on a recovery trade, although it's still risky & hard to time, since air travel is still under significant pressure." So while Spirit AeroSystems stock is risky, Boeing is much riskier.