Earnings beat estimates, but Coke has no idea if they will again in Q2.

Shares of soda pop giant The Coca-Cola Company (KO -1.61%) fell nearly 5% in early trading Tuesday before rebounding to make back about half of the losses. As of 1 p.m. EDT, Coke shares remain down 2.8%.

Why? Earnings -- or rather, what Coke said as part of its earnings report. 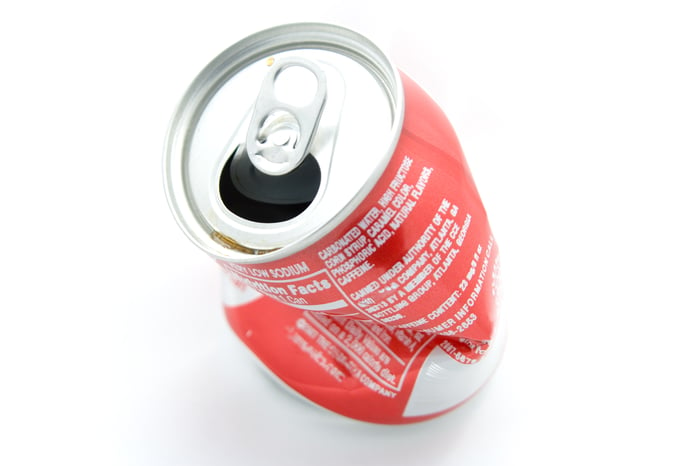 Coke reported its fiscal first-quarter 2020 earnings results this morning, and while the news wasn't all good, it was mostly good.

Sales for the fiscal first quarter of the year declined 1% to $8.6 billion, but that was better than the $8.3 billion that analysts had forecast (Coke scored a sales "beat").

Earnings per share increased 65% year over year to $0.64. Pro forma profit for the quarter was a bit less than that -- $0.51 per share -- but even so, this was much better than the $0.44 pro forma profit that Wall Street had predicted, and thus Coca-Cola "beat" on earnings as well.

If that were all that Coca-Cola had to report today, chances are that Coke stock would be up right now. Unfortunately for shareholders, Coke management continued talking past the headline numbers.

Getting more granular, Coca-Cola noted, for example, that despite net profit growing, its operating profit margin in the first quarter declined 30 basis points to 27.7%. Operating cash flow was also down (29%) for the first three months of the year, and free cash flow declined a staggering 43%, to just $229 million. Coke explained that "currency headwinds and cycling the supplier payment term extensions in the prior year" were part of the problem here, as well as Coke having "one less day in the quarter" to generate cash.

Topping it all off, Coke proceeded to warn that "significant changes in consumer purchase patterns, notably substantial declines in away-from-home channels" have resulted in a 25% global "volume decline" in Coke products shipped since the beginning of April, and will result in "a significant impact on second quarter results." Coke was unable to estimate "the ultimate impact on the second quarter" or on "full year 2020," and thus did not give firm guidance for either.

Investors seem to be taking this as a sort of earnings warning, and selling off Coke stock in response.