Facebook's (NASDAQ:FB) stock has taken a big hit in the past few months as the COVID-19 pandemic has many advertisers reining in their spending. But with share prices well off their 52-week high of $224.20, the stock is in bargain territory.

That's not to say the tech giant's stock couldn't fall further as the pandemic spreads and Facebook reports its first-quarter results. But over the long haul, this social media giant will be just fine, making the stock a compelling buy at current price levels.

Let's look at three reasons why. 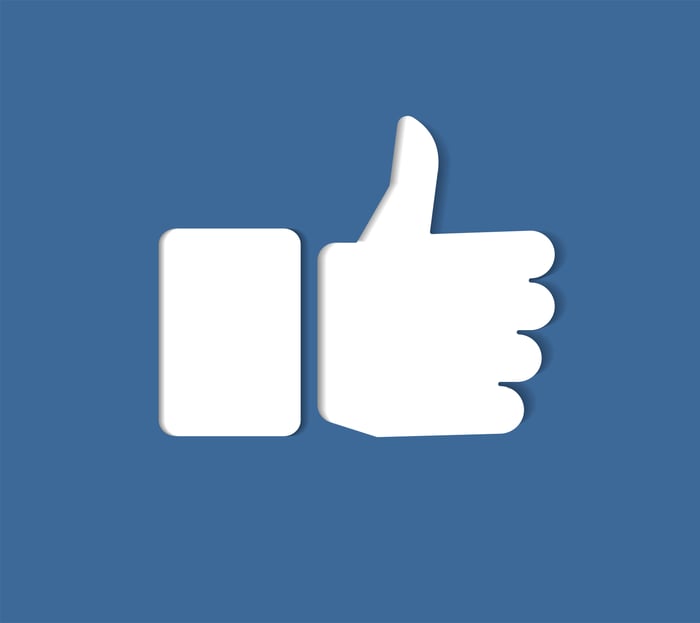 Prior to the pandemic, the economy was humming along, Facebook was racking up new users, and the advertising dollars were flowing its way. It had the 2020 Summer Olympics and the U.S. presidential election (and the advertising those events would generate) to look forward to. Now the Olympics is canceled, advertising spending has plummeted, and people are sheltering in place. The economy is a mess, and unemployment has quickly risen to unprecedented levels. This has prompted Facebook to issue an earnings warning for its current quarter, sending the tech stock plummeting. It wasn't surprising -- lots of Facebook's customers are small businesses -- but it was a reality check for investors.

What risk-averse Facebook investors are missing is the COVID-19 pandemic won't be here forever. Even if Facebook loses billions of dollars in ad revenue this year, once the dust settles and the economy is open again, advertising dollars should once again pour Facebook's way. With more than 2.5 billion monthly active users, the social media giant is still a must-be place to advertise online. That doesn't change because of the pandemic. Facebook has also been taking pains to position itself as a trusted source of COVID-19 information, which can improve its tarnished reputation with regulators, lawmakers, and advertisers.

The trend toward digital advertising doesn't go away either because of the pandemic. Sure, marketers may be pausing spending now, and many small businesses may not recover, but money earmarked for social media ads is only going to increase in the years to come.

Even during the pandemic, digital ad spending is taking less of a hit than traditional advertising. According to the Internet Advertising Bureau (IAB), digital ad revenues are down between 19% and 25%, which compares to TV and print ad sales, which are down 27% and 32%, respectively. On a positive note, IAB found most ad buyers haven't retooled their budgets for the third and fourth quarters. The ones that did expect a slight uptick in ad spending instead of a decrease.

2. It's going after other ad opportunities

Facebook hasn't accepted the ad slowdown lying down either. It's been making moves to lure more advertising dollars its way, including going after the money that would have gone to televised sporting events. With live events canceled, Facebook is pitching the idea that its video ads are a good alternative.

It's also reducing rates to keep advertisers marketing on its platform during the pandemic and has been offering cash grants and credits for small businesses. The latter may not translate into increased ad spending now, but as small businesses recover, they may not forget what Facebook did in their time of need.

Facebook is also doing much better than some of its rivals, which have been forced to lay off employees or slash their sales outlooks. Yelp (NYSE:YELP), the online review site operator is one example. It's laying off 1,000 employees to deal with the slowdown as businesses across the country remain closed amid shelter-in-place orders. Twitter (NYSE:TWTR) withdrew its guidance for the current quarter, and Pinterest (NYSE:PINS) walked back its full-year revenue growth target because of the pandemic. With tighter advertising budgets expected in the months to come, marketers will turn to the least risky social media companies, and that means Facebook and Alphabet's (NASDAQ:GOOG) (NASDAQ:GOOGL) Google will likely get the lion's share of advertising dollars. As a result, the two could emerge in even stronger positions.

There's no question more near-term pain could be in Facebook's cards. But once the virus is contained and the economy begins to recover, this social media giant is going to be a big beneficiary of a pickup in ad spending, sending earnings, and thus the stock higher.