The CARES Act program was designed to aid small business as the country battles the impacts from the COVID-19 pandemic. Congress and the White House speak of the popular program as a way for small American businesses to keep employees on the payroll until the economy is able to open back up after many stay-at-home lockdown orders across the country. 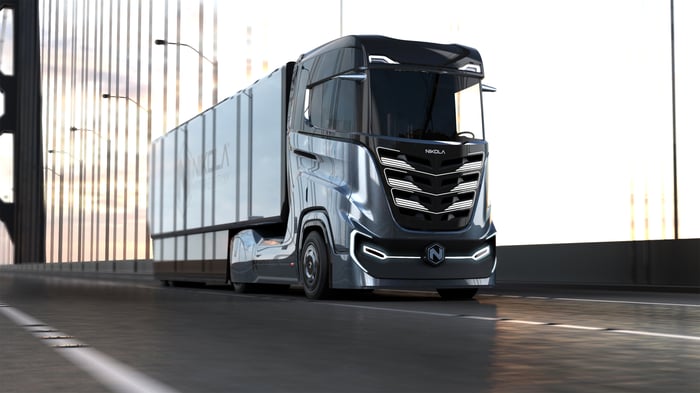 When the merger deal closes, Nikola is scheduled to receive more than $500 million in cash from investors including Fidelity and ValueAct Capital, according to the report. In recent interviews with CNBC, ValueAct's Jeffrey Ubben predicted Nikola would eventually be valued at $100 billion, and CEO Milton said the company had just received an $800 million truck order from Anheuser-Busch Inbev (BUD -1.99%). CNBC quoted Milton as also saying the company was about to receive other orders "many times that."

Nikola plans to begin production of its trucks, which are electric powered using hydrogen fuel cells, next year. It is also developing battery electric trucks.

Nikola responded to the CNBC report saying that the federal aid will be used as a bridge to retain its 300 employees. The company said, "there's a difference between a high valuation and having cash."