Please ensure Javascript is enabled for purposes of website accessibility
Log In Help Join The Motley Fool
Free Article Join Over 1 Million Premium Members And Get More In-Depth Stock Guidance and Research
By John Rosevear - May 14, 2020 at 10:37AM

As of 10 a.m. EDT today, VectoIQ's shares were down about 13.2% from Wednesday's closing price.

If you're reading this, you probably know that VectoIQ is expected to merge with electric heavy-truck maker Nikola Motor next month, and that auto investors have been trading VectoIQ's shares as a proxy for privately held Nikola in the meantime.

Part of the investment case for Nikola rides on a new, proprietary battery technology that it claims will allow long-haul electric heavy trucks with range, weight, and cost comparable to current diesel-powered big rigs. Nikola plans to begin producing those trucks next year. 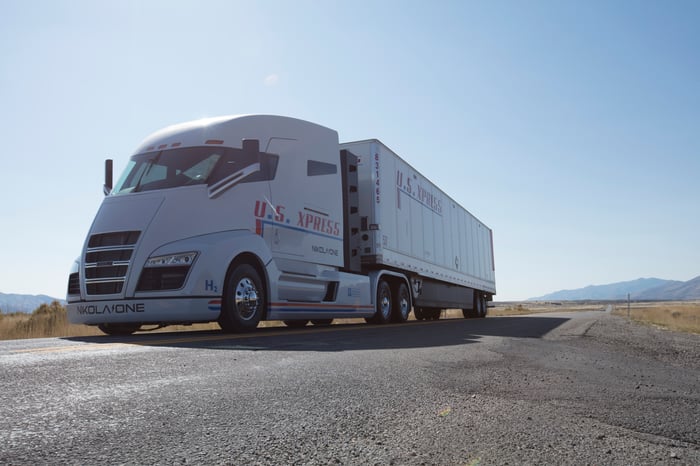 Got it? Now consider that according to an exclusive Reuters report on Thursday morning, Tesla plans to reveal its own new low-cost batteries later this month.

According to the report, sourced to "people familiar with the plans," Tesla's batteries were developed jointly with Chinese battery giant Contemporary Amperex Technology, commonly known as CATL. Tesla plans to introduce the batteries in sedans made for the Chinese market, per the report, but they will presumably come to the U.S. market in time.

It takes a leap or two from the Reuters report to understand why this might have triggered a sell-off of VectoIQ's shares. Recall that Tesla has shown its own electric heavy truck, the Semi, and recently said that it will begin "limited production" sometime next year.

So what does this mean for VectoIQ and Nikola? On the one hand, these new batteries could make Tesla a formidable rival to Nikola, though probably not for a couple of years. On the other hand, Tesla CEO Elon Musk last year promised us a million robo-taxis by the end of 2020, and that doesn't seem to be happening.

VectoIQ investors and Nikola fans should certainly watch Tesla's battery revelations with interest, but until Tesla shows us that this is all real, it's too early to worry.