Analysts are weighing in, and here's one more opinion.

Retail holding company L Brands (BBWI -0.45%) has had a rough ride since the coronavirus pandemic arrived in North America. Already struggling, but with a deal struck to sell its troubled Victoria's Secret chain giving it a boost, the company's stock has taken a nosedive since stores were closed in mid-March. 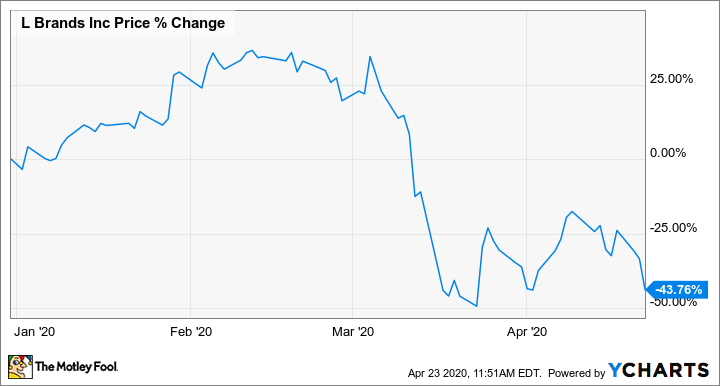 Now comes word that the sale of Victoria's Secret may be in peril. Sycamore Partners, the private equity firm that agreed in February to purchase a majority stake in the lingerie retailer, has had second thoughts in light of recent events. Sycamore sued L Brands in a Delaware court on Wednesday, seeking a judge's approval to back out of the deal, and L Brands said that it will fight the suit.

L Brands, like many other brick-and-mortar retailers, has been scrambling to cut costs and preserve cash since mid-March. While analysts differ over whether Sycamore's suit is likely to succeed, most seem to agree: If L Brands has to hold on to Victoria's Secret (and specifically, the leases for its shuttered stores), it'll be bad news for the company. 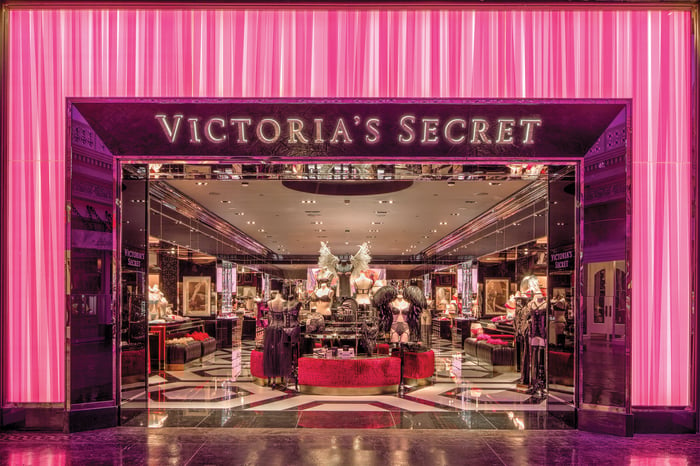 Several analysts weighed in on Thursday morning, making arguments for and against the stock. They're worth a look as we get our thoughts around the company's situation.

Jefferies: Insolvency is now on the table

In a note on Thursday morning, Jefferies analyst Randal Konik said that questions around L Brands' solvency are "now on the table." Konik noted that Victoria's Secret has over $2.5 billion in leases across more than 1,000 stores, and said that investors were hoping that Sycamore would take on that burden. If L Brands is left holding that bag, the pressure, combined with the cash drain from its shuttered Bath & Body Works stores, could push the company into insolvency later in the year.

Konik maintained his rating on L Brands' stock, the equivalent of sell, with an $8 price target.

Barclays: Win or lose, the case will burn time and cash

Barclays analyst Adrienne Yin weighed in with her own note, downgrading L Brands to the equivalent of hold from buy, and cutting her price target to $10 from $30. Her concern in a nutshell: The Sycamore suit limits L Brands' options.

Yin thinks the case could succeed, given that L Brands did breach covenants in the transaction agreement when it closed Victoria Secret's stores and moved to preserve cash.

But whether Sycamore wins or loses, Yin said, the dispute will take considerable time and money to resolve, and will almost certainly delay the transaction's closing, leaving L Brands stuck with costs from Victoria's Secret awhile longer -- and at a moment when the company's access to capital is severely limited.

B. Riley FBR: Bath & Body Works makes the stock a buy no matter what

On the other hand, wrote B. Riley FBR analyst Susan Anderson in a Thursday note, L Brands' shares might be attractive even if the sale of a majority stake in Victoria's Secret doesn't happen. She points out that at the stock's closing price on Wednesday, even assuming that Victoria's Secret is valued at zero, L Brands' Bath & Body Works chain is trading at five times its enterprise value-to-EBITDA -- too low, she thinks.

Anderson thinks that a valuation of seven times enterprise value-to-EBITDA is more appropriate, which would put the stock at about $20 even before assigning any value to the lingerie chain. She thinks that Victoria's Secret is probably worth $1 to $3 per share, and has set her price target for L Brands' stock at $23.

Here's my take: L Brands has been struggling for a long time. The fact that it was willing (even grateful) to unload a 55% stake in Victoria's Secret for a modest price suggests that it had given up hope of saving the chain, even before the coronavirus crisis.

Now? Anderson might have a point -- that Bath & Body Works is worth more than L Brands' stock is trading for today. But I agree with Yin's take: Whether the suit eventually succeeds or fails, it looks likely that L Brands is going to be stuck with the leases for Victoria's Secret for at least a few months while the issue is litigated, costing it precious cash.