Elon Musk has a plan to offer affordable, global internet coverage from a constellation of broadband satellites in space. Eventually, he wants to orbit as many as 42,000 "Starlink" satellites to do this. But before that, his goal will be to launch 12,000 satellites, and before that ... 800.

"800" is the magic number of satellites Musk says he needs to put in orbit to offer "moderate" internet service coverage to the planet. And as of this week, he's more than halfway to that goal. 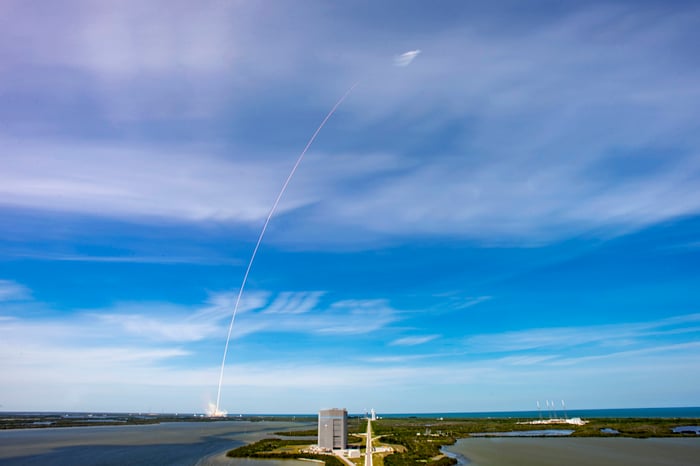 This was SpaceX's seventh such full-size Starlink launch, and if you add the company's initial two test vehicles sent up earlier, seven times 60 plus two equals ... 422 Starlink satellites in orbit.

In other words: halfway toward the goal of 800 satellites needed for "moderate" internet service.

Admittedly, not all of the satellites put in orbit still are in orbit. A few have already been "deorbited" (i.e. slowed down so that they fall back to Earth and burn up in the atmosphere) and removed from service. SpaceX's first two test sats are also expected to deorbit in the near future. Still, online Elon-watcher Teslarati.com estimates that this leaves "~415" or so Starlinks still "operational."

At SpaceX's current pace of launching one 60-sat Starlink mission every two weeks, that means that 13 weeks from now SpaceX should exceed its 800 satellite objective.

Accordingly, in a tweet just released, Musk confirmed: Starlink's beta service will begin in "~3 months" -- and before 2020 is over, Starlink should be open for business to the public. Three weeks maybe, six months, definitely.