Please ensure Javascript is enabled for purposes of website accessibility
Log In Help Join The Motley Fool
Free Article Join Over 1 Million Premium Members And Get More In-Depth Stock Guidance and Research
By James Brumley – Apr 24, 2020 at 8:00AM

The media giant is pulling out all the stops in its quest for a commanding piece of the streaming market, including the addition of lackluster platforms.

When streaming-video platform Vudu announced earlier this week it was to be acquired by Comcast (CMCSA 1.45%) subsidiary Fandango, investors weren't exactly blown away. Vudu isn't a streaming video powerhouse, and while most movie fans know Fandango offers online access to video entertainment in addition to selling theater tickets, it's not quite making waves, either. The deal just looks like the melding of two mediocre companies into one larger mediocre company still operating in a weird niche of the streaming market.

There's more to the deal than may meet the eye, however. With the pairing, Comcast's NBCUniversal unit -- which is technically the co-owner of Fandango -- now has control of a slightly bigger piece of the entire streaming video market. While Vudu may not be the belle of the ball, the acquisition at least prevents a rival from taking control of the platform.

More than anything, though, Comcast's interest in a somewhat clunky Vudu suggests the company is making a proverbial "all-in" bet on streaming.

What Vudu is, and why Comcast wants it

Vudu, currently owned by retailer Walmart, offers a way to buy or rent digital videos and then remotely store and access them. Fandango's FandangoNow offers the same service. Both have grown in popularity since the coronavirus pandemic has effectively locked most of the world in their homes. And, like Comcast's upcoming Peacock platform, Vudu offers some ad-support programming.

Nonetheless, the deal is a tad strange. 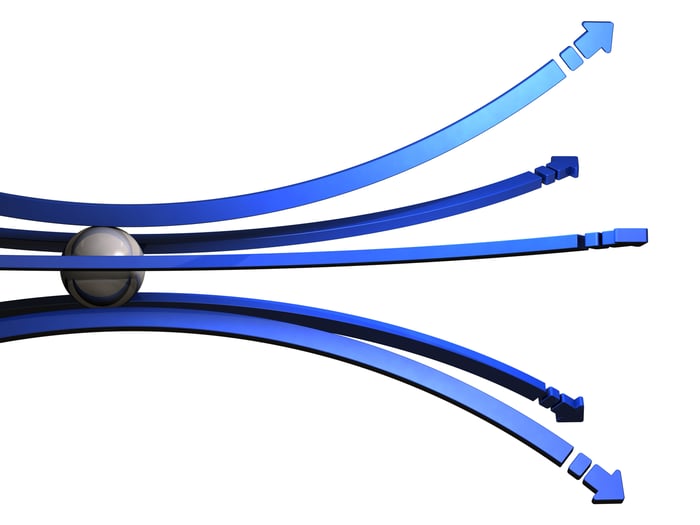 See, Comcast didn't need Vudu. It could conceivably build its own Vudu-like service. Indeed, both Comcast and AT&T -- which owns 30% of Fandango compared to Comcast's 70% -- already have enough streaming projects on their plates as it is. Comcast will launch Peacock outside of its Xfinity ecosystem in July with what looks like three different pricing tiers, and in the meantime, the company is putting the finishing touches on its February acquisition of streaming provider Xumo. AT&T, meanwhile, is still managing its complicated tangle of television brands and options, and intends to launch HBO Max near the end of May. Combining Vudu to Fandango seemingly increases existing tensions rooted in the fact that its co-owners are more competitors than collaborators, and does so at a time that's less than convenient for both.

There's a method to the apparent madness, though, and it's not a terribly complicated one. This is an effort by Comcast to buy supremacy in the streaming video market. Vudu may bring more quantity than quality to the table, but Comcast is in a good position to make quality-minded tweaks while it simultaneously plugs into Vudu's huge content library.

Vudu says it has 150,000 movies and shows available for rent or purchase, and 10,000 different options for consumers willing to watch an occasional television commercial.

That's big. Comcast has said Peacock's most inclusive tier will launch with 15,000 hours of watchable content, while AT&T's WarnerMedia says HBO Max will luanch with 10,000 hours' worth of premium content.

The reason for the disparity? Vudu isn't limited to just Comcast's NBC and Universal content, nor limited to just AT&T's Warner Media's content. It's got access to a much bigger universe of video entertainment.

That is, if those content creators don't feel threatened by Warner or NBC or Universal. Should other studios decide they're equipping the very competitor that could eventually upend them, they may opt to choose other distribution partners. That's what Walt Disney did before it launched Disney+, for instance. Namely, Disney stopped licensing content to eventual rival Netflix because it wanted fans to come to its own platform.

This may be the less likely outcome for FandangoNow and Vudu once both are in Comcast's hand though. More plausibly, its impending size and reach within the rental and purchase (and storage) sliver of the on-demand video market gives Comcast a pretty good grip on the often overlooked sliver of the space. And with that piece now falling into place, there's little that Comcast can't offer the entire spectrum of on-demand video customers.

Don't get in its way

Again, how -- or even if -- Vudu, Fandango, and Peacock are going to integrate remains to be seen. Neither FandangoNow nor Vudu really fits into anything else Comcast is trying to do. Vudu and FandangoNow rent or sell videos by the show or film. Peacock as well as Comcast's Xumo, however, are subscription-based services meant to offer access to a collection of titles for one recurring monthly fee.

That, however, could be the very point. Comcast is addressing the oddball part of the streaming market, and in so doing is gaining access to Vudu's 100,000 licensing agreements. It's also garnering somewhere around 25 million registered Vudu users, according to Vudu vice president Scott Blanksteen.Even half that figure wouldn't be a bad pickup for Comcast, if only to steer them toward Peacock.

The bottom line? Comcast doesn't appear to be leaving any stone unturned. With $5.5 billion worth of liquidity in the bank for a company built to generate cash flow, this hunt for dominance wherever it can find it should concern any company standing in its way.