Please ensure Javascript is enabled for purposes of website accessibility
Log In Help Join The Motley Fool
Free Article Join Over 1 Million Premium Members And Get More In-Depth Stock Guidance and Research
By Lee Samaha – Apr 24, 2020 at 9:03AM

Its defense businesses will support the company through a difficult period while investors wait for a recovery in commercial aviation.

Life couldn't have started out tougher for Raytheon Technologies (RTX 2.91%). The newly formed merger of space and defense company Raytheon with the aerospace businesses of United Technologies (Pratt & Whitney and Collins Aerospace) was supposed to come at a time of good growth in commercial aerospace, backed by solid growth from the defense businesses of Raytheon. Unfortunately, the spreading of the COVID-19 pandemic from China has significantly impacted those assumptions. Let's take a look at whether the stock is still attractive for investors.

The major impact of COVID-19 on Raytheon Technologies, or RTX, is going to fall on its commercial aviation businesses. Specifically, engine orders and aftermarket parts at Pratt & Whitney, and original equipment manufacturer (OEM) and aftermarket parts at Collins Aerospace. If airlines are under severe financial pressure from travel bans, then orders at Boeing and Airbus are likely to get cancelled/deferred. In addition, fewer flights mean a drop in demand for aftermarket parts. 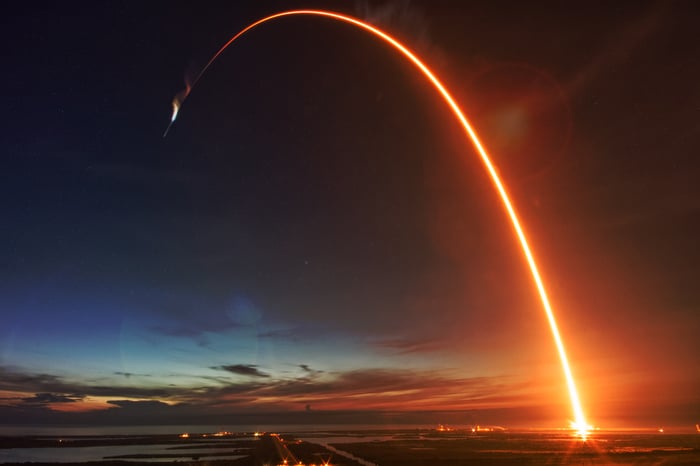 Raytheon Technologies is relying on revenue from missile systems to offset weakness elsewhere.

Armed with this knowledge, let's try to approximate how the market is valuing the commercial aviation and defense sides of Raytheon Technologies. One way to do this is to look at the valuations of other defense companies and assume this is close to what the market may be valuing those businesses at within RTX.

The following chart shows the enterprise value (market cap plus net debt), or EV, to earnings before interest, taxation, depreciation, and amortization, or EBITDA, multiples for three defense peers. It's a good idea to use the EV/EBITDA multiple as it factors debt into the equation. The average multiple is around 16 times EBITDA, with a range of 13 to 18 times EBITDA. 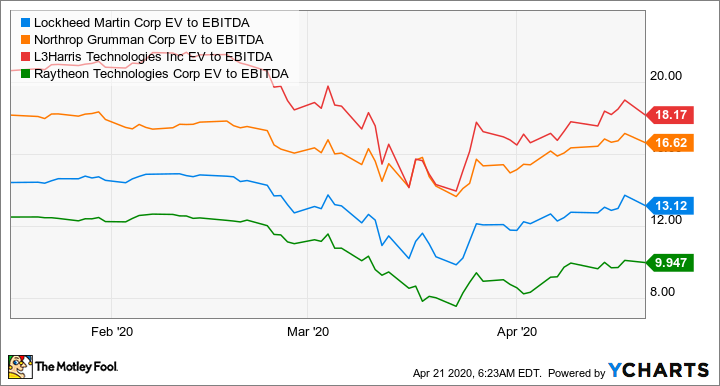 Using these multiples, RTX's current EV of around $138 billion, and Raytheon's 2019 EBITDA of $5.4 billion , it's possible to make an assumption of how the market is valuing the businesses contributed by United Technologies.

Frankly, based on these figures RTX looks like an attractive stock. Using assumptions for the EV of United Technologies' aerospace businesses (third column above) and its EBITDA of $8.4 billion in 2019 means that they are trading at an EV/EBITDA multiple of 5 times EBITDA to 8.2 times EBITDA, with a figure of 6.3 times EBITDA representing the average.

Using any of these assumptions, the stock looks undervalued. Even if you  assign a low defense multiple for RTX, you would then be assuming the market is valuing the commercial aerospace businesses at just 8.2 times EBITDA. That looks like a good value when compared to aerospace aftermarket peers like TransDigm and Heico. In addition, given GE's overall difficulties in 2020, there are very few people who will argue that it deserves a higher multiple than RTX's commercial aerospace businesses. 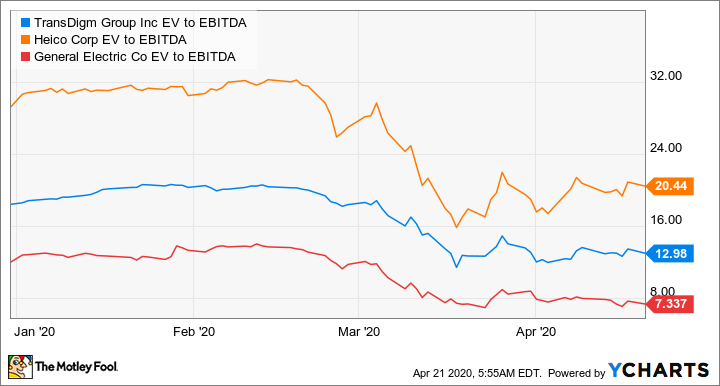 In addition, the kind of multiples being assumed for RTX's commercial aerospace business haven't been seen since the depths of the Great Recession for the aerospace focused sector. Note that the valuations were far higher going into the last recession. 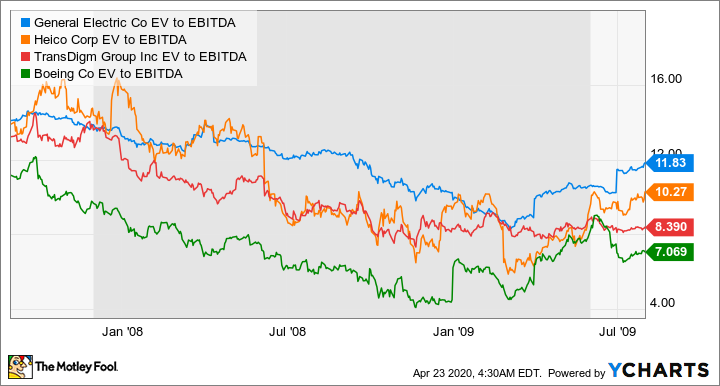 Based on the implied market valuations for the businesses contributed by United Technologies (largely commercial aerospace), RTX looks undervalued relative to its aerospace peers.

Looking ahead, the commercial aviation market will surely recover in a post-COVID-19 world; the real argument is over the timing and shape of the recovery. According to the International Air Transport Association it's likely to be a slow recovery -- led by domestic transport first -- with the bottom occurring in the second-quarter of 2020. If this plays out then RTX will have some easy comparisons to beat when it gives earnings in 2021.

In the meantime, RTX will be supported by its defense-related earnings -- expected to grow at a mid-single-digit rate in the medium term  -- while investors wait for a recovery in the commercial aerospace market.