Please ensure Javascript is enabled for purposes of website accessibility
Log In Help Join The Motley Fool
Free Article Join Over 1 Million Premium Members And Get More In-Depth Stock Guidance and Research
By Scott Levine – Apr 27, 2020 at 9:25AM

This fuel cell specialist is garnering goodwill as it endeavors to help those affected by the coronavirus. But that isn't reason enough to add this stock to your holdings.

For some investors, Bloom Energy (BE -6.56%), a leader in the development of fuel cell solutions, is a familiar name in the renewable energy sector. Others, however, may recognize it as a company helping provide relief during the COVID-19 pandemic by refurbishing old ventilators in California.

Shares of the company, like so many others in these unprecedented times, have been on a wild ride in 2020. After soaring more than 21% through January and February, they've since slid more than 12%, leaving investors who are intrigued by the company questioning whether now's a good time to pick up shares. 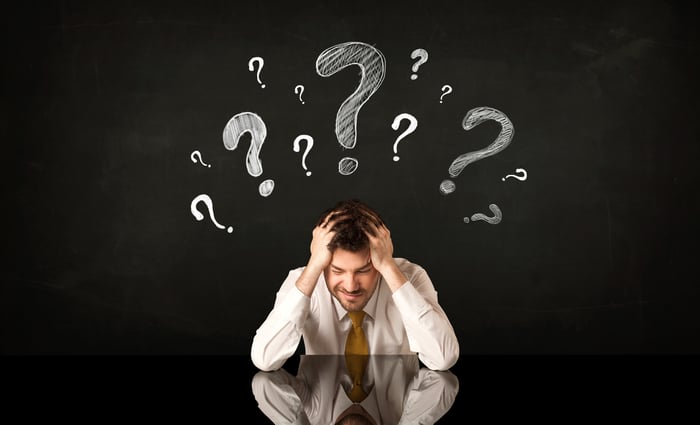 Bloom Energy has fared well in proving the value of its fuel cell solutions. The company hit the public market in 2018, so its financial data is rather scant. Nonetheless, it has notably grown its top line more than 114% over the past three years from $365.6 million in 2017 to $785.2 million in 2019. And even though the company hasn't provided revenue guidance for 2020, it ended 2019 on an auspicious note with a product and install backlog of 1,983 systems, a 43% increase over the end of 2018.

Management believes that there are plenty of opportunities to grow even more. In a recent investor presentation, it identified a serviceable addressable market of $175 billion in the 14 markets where the company now operates. And by expanding the outlook to include the top 10 global markets (excluding China and Russia, and whether or not Bloom now has a presence in any of them), the market opportunity grows to $608 billion.

Besides the increasing sales, Bloom Energy's advocates recognize the company's improving cash flow as another positive sign. Whereas the company reported operating cash flow of negative $92 million in both 2017 and 2018, it recently reported that it generated positive cash from operations of $164 million for 2019. This, in turn, helped to fortify the company's finances as it ended 2019 with a cash position (including restricted cash) of $377.4 million, a 35% year-over-year increase.

While bears will argue...

While Bloom Energy's success in growing the top line has charged up the bulls, the company's continuous inability to achieve comparable success on the bottom line has fueled the bears' skepticism. 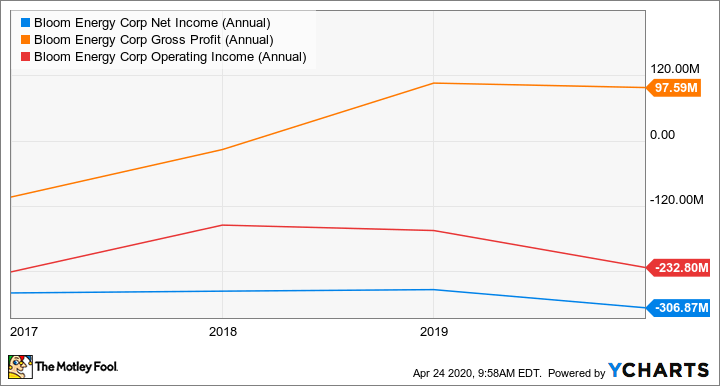 Although it has managed to generate a gross profit in each of the past two years, Bloom Energy continues to generate a loss each year. Forced to spend heavily on research and development in order to reduce the cost of its systems, the company has been unable to generate positive operating income, let alone a net profit. Bears, moreover, will contend that there's little indication that this trend will reverse anytime in the foreseeable future.

Another troubling sign for Bloom Energy is the soon-to-be-disappearing investment tax credit (ITC), which is set to expire in 2021. Much to the chagrin of the company, Congress has repeatedly failed to renew the ITC for the fuel cell industry. In Bloom Energy's recent 10-K filing, the company explicitly states that the absence of the ITC "could reduce demand for our Energy Servers, impair sales financing, and adversely impact our business results." With the ITC, Bloom failed to generate a profit; without the ITC, its ability to become profitable is that much more dubious.

The company's financials and the status of tax credits are serious yellow flags for prospective investors, but the lack of faith in management, for some, is even more concerning. A C-suite that doesn't engender trust could be enough to cause some to avoid an investment in the company. And in the case of Bloom Energy, there are some serious concerns.

In a July 2018 interview with MarketWatch, for example, K.R. Sridhar, the company's CEO, said that Bloom Energy would be "cash flow positive and GAAP profitable this year, and sustainably onward." Shortly after MarketWatch published the interview, Bloom Energy walked back Sridhar's projection in a filing with the Securities and Exchange Commission, stating that it "disclaims any statement regarding its expectations for future profitability or cash flows, makes no such forecast or prediction at this time regarding its future operating results, and undertakes no obligation to do so in the future."

Faith in management was further compromised two months ago when the company reported that it had to restate prior financial statements due to an accounting error. The effect of the restatement was a cumulative reduction in revenue of $178.8 million for the period April 2018 to September 2019.

Should investors power their portfolios with Bloom Energy?

While Bloom's work to refurbish old ventilators is commendable and the company has excelled at growing its top line, there are too many warning signs for investors (unless they have high tolerance for risk). The stock trades at 5.6 times operating cash flow, a discount to its multiple of 8.9 for 2019. But management's compromised credibility, the uncertainty surrounding the ability to generate profits, and questions on whether it can sustain positive cash flow are factors that are too formidable to overlook. Moreover, management hasn't indicated how the COVID-19 outbreak could affect the company's financials in the coming months. For renewable energy investors, there are plenty of other compelling options.