Please ensure Javascript is enabled for purposes of website accessibility
Log In Help Join The Motley Fool
Free Article Join Over 1 Million Premium Members And Get More In-Depth Stock Guidance and Research
By Bram Berkowitz – Updated Apr 28, 2020 at 10:38AM

Cuban has called the banks slow in disbursing the funds and then essentially said they are playing games by checking credit.

Since the launch of the federal Paycheck Protection Program (PPP) early in April, multibillionaire entrepreneur Mark Cuban has had some choice words for the banks charged with distributing the loans to struggling small businesses.

First, Cuban said the banks were moving too slow. Then the Shark Tank investor told CNBC that "banks are playing themselves" and "trying to determine if the credits [of loan applicants] are good, and that's leading to a lot of small businesses that are left out in the cold."

I think Cuban had the right intentions in saying that small businesses needed to get the loans as fast as humanly possible. But I think his comments were also somewhat misguided and underplayed the incredible accomplishment the national banking system pulled off by loaning out nearly $350 billion in just two weeks. Here's why. 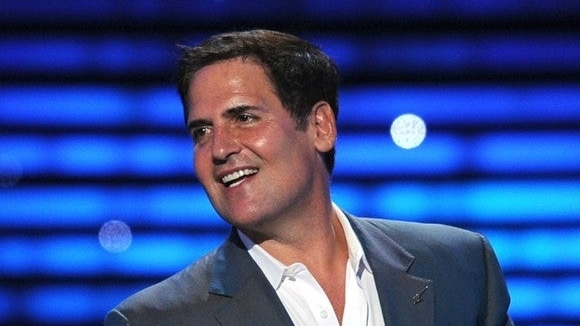 The banks did move fast

PPP loans are essentially Small Business Administration (SBA) loans. They are originated by a lender and then heavily backed by the SBA, thereby eliminating a lot of the risk. The main difference in the PPP is that the loans are 100% guaranteed by the SBA, and the portion of the loans used to cover certain expenses such as payroll do not need to be repaid at all.

But overall, PPP loans are still SBA loans, and the big thing to understand about SBA lending is that it is a niche lending product that normally takes banks a lot of time to get familiar with. In fact, most normal SBA lending only happens through SBA-preferred lenders that have spent time training to earn the designation of SBA-preferred lender. There are about 1,800 of these lenders in the country.

Due to the massive amount of money that needed to be loaned out and the urgency behind it, the PPP allowed all of the country's banks and other types of lenders that normally do not do SBA lending to participate in the PPP. This means that thousands of participating banks and lenders in the program had either done very little or no SBA lending at all.

And while the government tried to streamline the SBA loan application process, $350 billion is a massive amount of money to go through the SBA program. To add some perspective: In fiscal 2019 (which ended Sept. 30), the 1,800 preferred SBA lenders only originated $28 billion in total SBA loan volume.

So, you had thousands of banks, many of which had never done any SBA lending at all, in a situation where they had to originate more than 12 times the total SBA loan volume issued in all of fiscal 2019. And they managed to do this in just two weeks. I think many bankers and industry experts would call this an amazingly speedy performance given the circumstances.

Cuban also essentially called banks out for playing games by trying to check credit information of applicants. He argued that since the federal government is guaranteeing the loans, and since the banks already know a good portion will not be paid back, why waste critical time checking credit?

Well, the less loan underwriting and oversight on these PPP loans, the more likely they will fall into the wrong hands. "The level of fraud for this $350 billion, maybe $600 billion program, is going to be significant," Bill Burgess, managing director at the investment bank Piper Sandler, said on a recent edition of the Street Talk podcast. "Any bank that thinks they are not going to have to answer to some fraud or BSA (Bank Secrecy Act) issues is fooling themselves."

Following the Troubled Asset Relief Program (TARP) implemented after the Great Recession, a special inspector general known as SIGTARP investigated how TARP funds were disbursed and found many instances of fraud committed by homeowner scammers, borrowers, and bankers themselves.

Checking credit to some degree not only better ensures that money is going to businesses that actually need it, but also protects taxpayer dollars, because the PPP was born out of the $2 trillion stimulus bill passed by Congress.

This may also explain why banks are supposedly prioritizing existing customers in the process -- they have better credit information on those customers.

It would actually be in the best interest of the banks to blindly originate the loans as fast as humanly possible, because the only guaranteed income they get from these loans is through origination fees. So the more loans they originate, the more they can rack up in fees.

I can understand Mark Cuban's frustration, and as a big Shark Tank fan certainly do appreciate him sticking up for small businesses. However, given the sheer amount of loan volume the banks have managed to originate in just two weeks, I think the banks have done a relatively good job administering the program. We'll have to watch the level of fraud that comes out of the program later on.

When Will Ventas Finally Raise Its Dividend?