Please ensure Javascript is enabled for purposes of website accessibility
Log In Help Join The Motley Fool
Free Article Join Over 1 Million Premium Members And Get More In-Depth Stock Guidance and Research
By Rhian Hunt - Apr 29, 2020 at 11:48AM

City councils seem to prefer a 15% fee cap, but some are more restrictive.

As restaurants take a serious sales hit from the COVID-19 pandemic, big cities across the U.S. are adopting ordinances capping the delivery fees services such as Grubhub (GRUB), DoorDash, Postmates, and Uber Eats (UBER -2.20%) can charge. The caps are generally emergency measures intended to last only while coronavirus shutdowns are enforced.

Dine-in closures have already caused friction between restaurants, customers, and delivery services. Owners and chains protested Grubhub's "Supper for Support" program in March, when the delivery company offered discounts to people ordering deliveries, but also asked restaurants to absorb the discount on top of 15% to 30% commissions. Several delivery services are now targeted by an antitrust lawsuit for allegedly taking actions "restricting price competition." 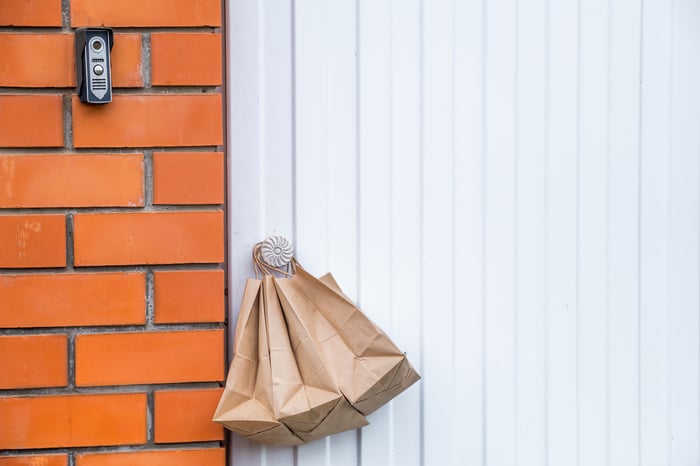 Now, metropolitan governments are weighing in with ordinances capping fees, mostly at 15%. Seattle's mayor, Jenny Durkan, issued a Civil Emergency Order on April 24, which once ratified by the city council, will impose a 15% fee cap until the governor's stay at home order is lifted or until dine-in service once again becomes unrestricted. Durkan says the order "will accomplish the fundamental government purpose of easing the financial burden on struggling restaurants during this public health emergency."

Los Angeles has a similar 15% delivery fee limit under consideration. City Councilman Mitch O'Farrell proposed the idea, remarking, "when we hear about this price gouging, it's just unconscionable." Boston is mulling a 15% cap and San Francisco already has one in place.

Some cities want even more restrictive delivery fee limits. Chicago might set its cap at 5%, while New York City is conducting a public hearing today on Zoom to debate the merits of a 10% cap in the Big Apple.