Cloud computing and mobility were the driving forces behind technology over the last decade, and those investment themes are more valid than ever before. The economic lockdown to arrest the spread of coronavirus has cemented those movements as necessities -- both for businesses and individuals.

But new technology advancing higher computational power and network connectivity is beginning to lead the way forward, and new names are emerging as the torchbearers. Two of them are NVIDIA (NASDAQ:NVDA) and Skyworks Solutions (NASDAQ:SWKS). These two semiconductor companies together form the core of my investment in the future development of the industry and the bedrock of future tech. The two stocks are very different from each other, but both are a buy. 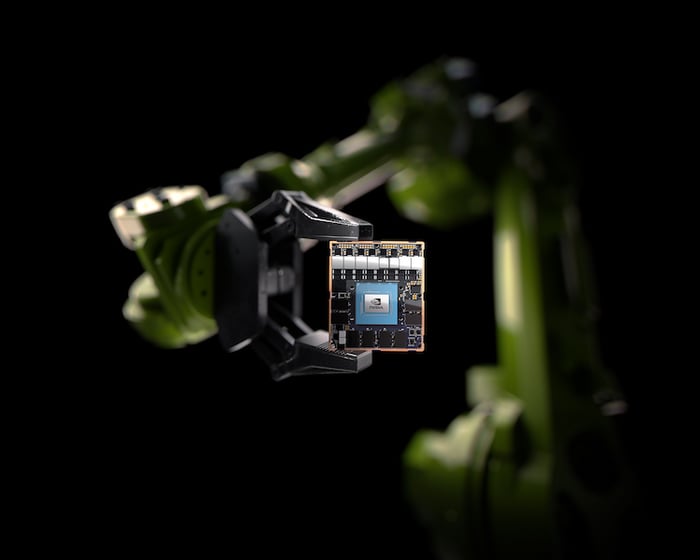 NVIDIA: High-growth innovation, but for a premium

The need for higher computational power is on the rise. New technologies like artificial intelligence, robotics and automation, and massive amounts of data created by devices are requiring new types of processors to operate them. Enter the graphics processing unit (GPU), long a staple of high-end video gaming, which is also adept at handling other types of data-intensive digital operations.

NVIDIA, the pioneer of GPUs, has really started rolling since the financial crisis of 2008-09. Revenue has grown 130% in the trailing five-year stretch -- even when including a cyclical sales slump that started in 2018 after the cryptocurrency mining bubble popped. But there is plenty left in the tank for this hardware engineer. The use cases for GPUs is large and growing, from advanced driver assist and autonomous vehicles to healthcare imaging to machine-based natural language processing. The company also just completed its acquisition of data center technologist Mellanox to increase its leadership on that front as well. Fourth-quarter 2019 revenues surged 41%, with management indicating there was a similar upside ahead to kick off the new year.

But NVIDIA isn't just about top-line growth. Adjusted earnings per share also notched a big rebound in Q4, rising 136% from the year prior. And NVIDIA has a long history of converting investment in innovation into strong returns. Return on invested capital is well over 20% over the last five years, and free cash flow (revenue less cash operating and capital expenses) was $4.27 billion in 2019. 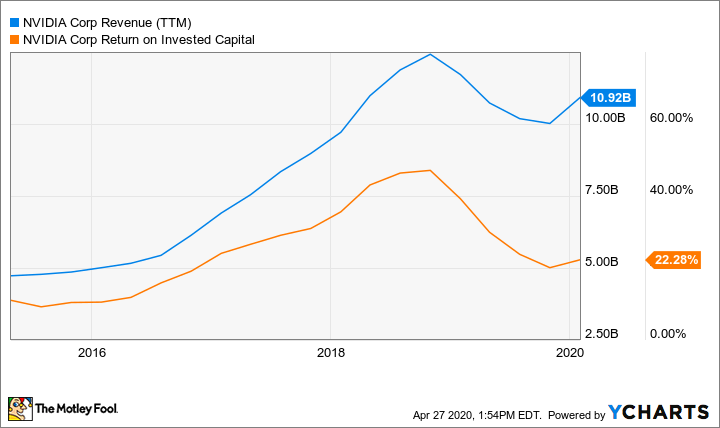 Given the strong performance and the massive potential NVIDIA possesses, it's no surprise shares trade for a premium 41.3 times trailing 12-month free cash flow. The company also pays a meager 0.2% annual dividend yield. Those two factors could lead many investors seeking income to steer clear. However, this semiconductor leader is becoming an integral part of computing needs of all kinds. For portions of portfolios that won't be used for income for at least five to 10 years, this is a technology staple worth adding to the mix.

Skyworks Solutions: A value on a connectivity innovator

Computing needs are on the rise, and so is network connectivity. In fact, technology on this front is just as important. After all, while computing in a device or data center is taking place, a network that is unable to deliver and/or transport data fast enough could make powerful computational ability useless in many applications.

That's where Skyworks Solutions comes in. Best known for providing network connectivity chips for Apple's iPhone and other smartphones, the company has been expanding its portfolio to cover internet connection needs for other applications -- consumer electronics and appliances, industrial and healthcare equipment, and Internet of Things applications. In recent years, Skyworks has been hard at work developing faster WiFi hardware and 5G mobile network chips and infrastructure.

The iPhone remains the bread-and-butter for Skyworks, and a maturing smartphone industry has led to stagnant revenue and free cash flow in the last few years. The trade war between the U.S. and China in 2019 didn't help matters either, leading to the loss of Chinese tech giant Huawei as a customer. Nevertheless, Skyworks also has a history of converting investments in innovation into strong returns, with its return on capital well north of 20% the last five years. With the 5G upgrade cycle only just beginning, chances are Skyworks will return to growth once again. 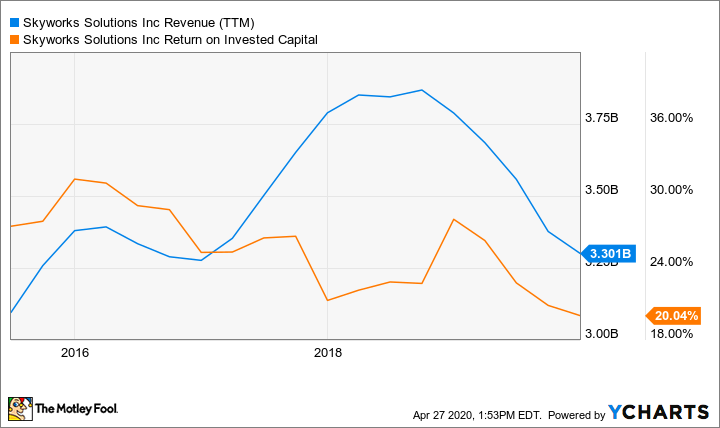 In the meantime, this connectivity chipmaker has a squeaky-clean balance sheet with zero debt and $1.23 billion in cash and equivalents. Shares trade for 21.1 times trailing 12-month free cash flow, and dole out a 1.9% annual dividend yield. Given advancements Skyworks has made in network connectivity, this semiconductor stock is a top pick for those looking for a combination of income and growth.

Different in appeal, but both a buy

Though shares of NVIDIA and Skyworks Solutions appeal to two different types of investors, I don't think either is a better buy over the other -- at least when it comes to the potential they have over the course of the next decade. NVIDIA stock bears a steep price tag, but one warranted given the sheer number of growth levers the company is able to pull. Skyworks goes for a relative value and pays a dividend, but also has plenty of growth left in the tank as faster network equipment upgrades begin to ramp up.

Thus, I think both semiconductor stocks are worth owning in tandem and are worthy of being placed at the core of technology investors' portfolios.