LG Display's (LPL -0.63%) stock plunged nearly 70% over the past five years as the display panel maker struggled with intense competition from rivals like Samsung and China's BOE. Cooling demand for smartphones and TVs exacerbated the pain and wiped out its profits, and the COVID-19 pandemic disrupted its supply chains across China.

Despite those problems, some contrarian investors might consider LG Display a deep value play at less than one times its annual revenue. They might also think that more OEMs could upgrade from LCD to OLED screens and spark a fresh cycle of growth. Let's dig deeper into LG's business to see if a rebound is in the cards. 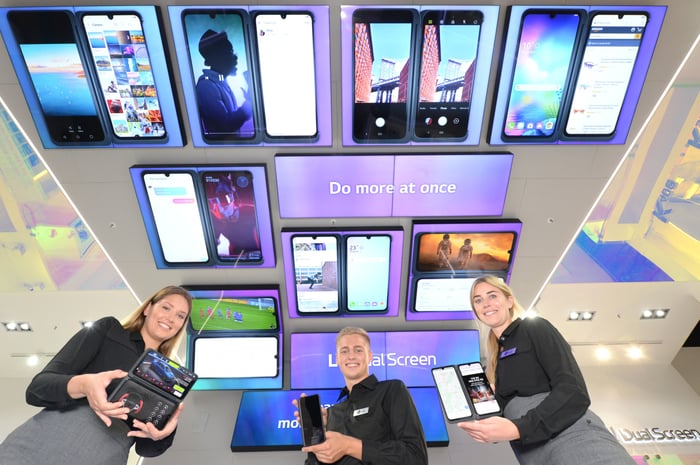 LG Display manufactures older TFT-LCD and new OLED panels for a wide range of markets. Last year, 34% of its revenue came from the TV market, 27% came from mobile devices, 17% came from desktop monitors, 12% came from notebook computers, and the remaining 10% came from tablets.

LG is pivoting away from the saturated LCD market, which faces a supply glut and competition from low-cost Chinese manufacturers backed by government subsidies, to focus on the higher-margin OLED market. OLED screens are pricier than LCD screens, but they're more power-efficient and produce sharper contrasts, since they turn pixels on individually instead of lighting the whole screen.

However, LG still faces tough competition in the OLED market from Samsung, BOE, and other smaller rivals. Samsung stopped producing large OLED screens for TVs in 2014 due to "burn in" issues on large screens, and stuck with the smartphone market while producing new QD (quantum dot) LCD panels for TVs.

LG stuck with the TV market, solving the burn-in issues with "white" OLED pixel technology, but secured a much smaller slice of the smartphone market than Samsung. Samsung is also aggressively promoting newer technologies -- including QLED, MicroLED, and QD-LED screens -- which could leave LG behind the tech curve in both TVs and phones.

How fast is LG Display growing? 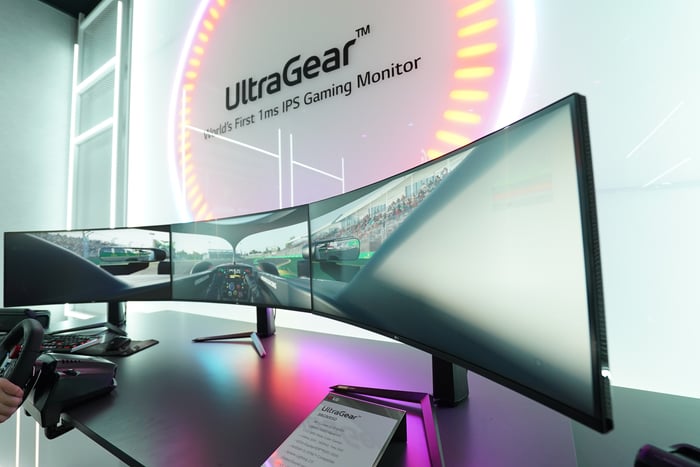 LG Display's first-quarter earnings weren't any more promising. Its revenue plunged 20% annually and its net loss more than tripled as a 7% year-over-year improvement in its ASP (average selling price) was erased by a 29% drop in total shipments. By comparison, Samsung's VD (visual display) revenue dipped just 3% annually in the first quarter.

LG's operating margin stayed negative for the fifth straight quarter, dousing any hopes for a cyclical recovery. The COVID-19 pandemic also disrupted its production of LCD and OLED panels in China.

Looking ahead, LG expects higher demand for panels in the IT and PC market (due to stay-at-home and remote work and schooling measures) to partly offset waning consumer demand for TVs and smartphones. It didn't offer exact guidance for the second quarter, but it's bracing for a "considerable decline in demand" due to retail closings and lockdown measures. But on the bright side, it expects its ASP to continue rising as sales to IT customers account for a bigger slice of the pie.

A cyclical stock... that isn't near a cyclical bottom

LG Display faces too many near-term challenges to be considered a turnaround play. It's struggling to keep pace with Samsung, it's still heavily dependent on the legacy LCD market, and its declines are accelerating as the pandemic disrupts its supply chains and upsets consumer demand. Simply put, LG Display is a cyclical stock that hasn't bottomed out yet. It might look fundamentally cheap, but the risks will outweigh the rewards for the foreseeable future.