Please ensure Javascript is enabled for purposes of website accessibility
Log In Help Join The Motley Fool
Free Article Join Over 1 Million Premium Members And Get More In-Depth Stock Guidance and Research
By Leo Sun - Feb 23, 2021 at 8:22AM

Which OLED supply chain player is the better all-around investment?

Last June, I compared Universal Display (OLED 3.15%) and LG Display (LPL 1.63%) as two potential plays on the growing OLED display market. At the time, I concluded that Universal's higher-margin business model and stronger growth rates made it a more compelling investment.

OLED screens enable individual pixels to be turned on and off. This makes them more power-efficient than LCD screens, which need to be completely turned on or off, and generally produces brighter colors with deeper contrasts. Many high-end TVs, monitors, and mobile devices currently use OLED screens. 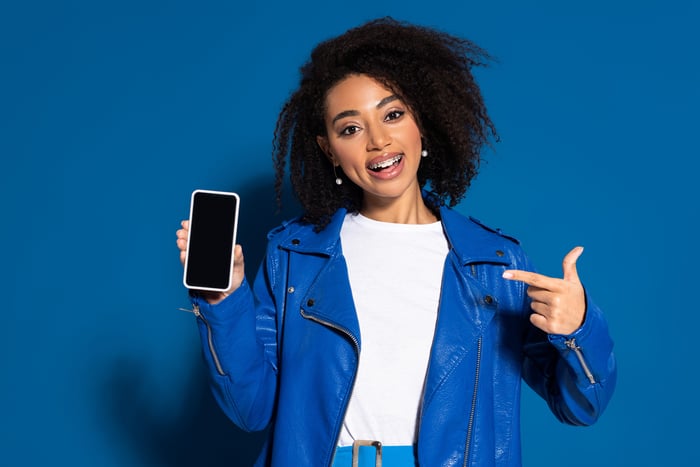 Universal Display owns the world's largest portfolio of OLED patents, and it licenses that technology and sells raw materials to display panel makers. It generated 53% of its revenue from royalties and licensing fees last quarter, 44% of its revenue from material sales, and the remaining 3% from contract research services.

How did the pandemic affect both companies?

The COVID-19 pandemic caused headaches for both companies by disrupting suppliers, manufacturers, and retailers. However, those headwinds waned in the second half of the year as stay-at-home trends boosted demand for new TVs and PCs.

Universal's revenue rose 6% to $428.9 million for the full year, as its 23% growth in royalties and licensing revenue offset its 6% decline in material sales. But its net income dipped 4% to $133.4 million, mainly due to the higher costs of new materials for higher-end screens.

LG Display's revenue rose 3% to 24.2 trillion won ($22 billion) in 2020. It ended the year with a net loss of 1.2 trillion won ($1.1 billion), but that marked a significant improvement from its loss of 7.9 trillion won in 2019. Furthermore, LG posted a net profit in the third quarter, marking its first profitable quarter in nearly two years, and it remained profitable in the fourth quarter.

LG attributed its stabilizing profits to stay-at-home trends boosting prices for new panels, robust demand for smartphone displays from customers like Apple, and its new plant in Guangzhou, China, starting its full-scale production of OLED screens.

Universal's growth was stable, and its stock traded at about 50 times forward earnings over the past few months. But that high P/E ratio, along with concerns about high material costs, likely limited its upside potential.

Analysts expect Universal's revenue and earnings to rise 27% and 45%, respectively, this year, as the pandemic passes. However, the stock still isn't cheap at 43 times forward earnings.

Meanwhile, LG's stock had been weighed down by concerns about sluggish sales of panels for TVs and smartphones, competition from its top rival Samsung, and its lack of profits for years. So when LG's revenue rose in the second half of 2020 with stable profits, the bulls rushed back to the battered stock.

Analysts expect LG Display's revenue to rise 24% this year, with a full-year profit. Based on those expectations, LG's stock still looks cheap at 13 times forward earnings.

The last time I compared these two companies, I underestimated the impact of higher material costs on Universal's bottom line, as well as LG's ability to benefit from stay-at-home trends and narrow its losses.

Both stocks should remain solid investments as the demand for OLED screens rises across multiple markets. However, I now believe LG's lower valuation makes it a more compelling investment in this frothy market.