LG Display (LPL 0.87%) shareholders beat a rising market this week, with the stock rising 13% through late trading on Thursday afternoon. The tech specialist announced third-quarter sales early in the week that were better than many investors had expected.

Revenue rose 7% in the three-month period that ended in late September, LG Display announced on Wednesday. That increase reflected continued strong demand for its display products, especially OLED panels for TVs and displays for smartphones. 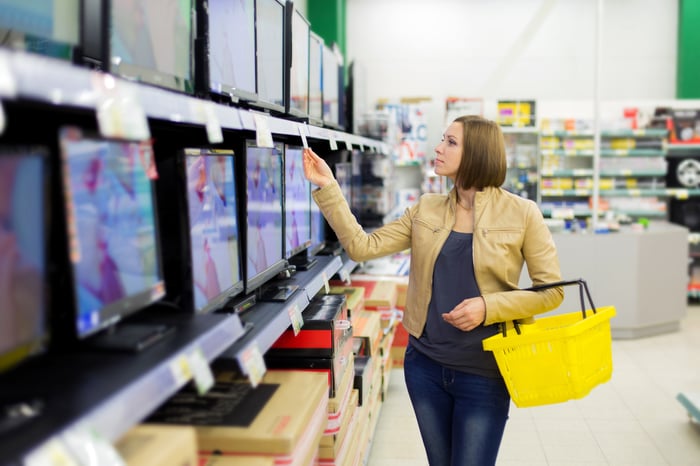 LG Display's business was pinched by a few unfavorable trends. TV prices are falling, and component shortages are raising costs. But management said it's happy with its focus on premium TV and tech product niches.

"LG Display has successfully managed to build the stable business structure that helps it minimize market fluctuation while generating profits by pre-emptively shifting capacity toward competitive IT products," CFO Suh Dong-hee said in a press release.

That portfolio focus is a key reason why management still believes the tech company will boost its average selling prices through the holiday season despite falling LCD TV panel prices. That period will also see strong shipment volumes, up about 10%, despite pressure from a slowing supply chain.

LG Display says the slower shipping will move some sales into early 2022, but that shift doesn't detract from its generally strong momentum. In the meantime, shareholders should brace for lower earnings from the company in the next few quarters thanks to increased raw material costs.