Please ensure Javascript is enabled for purposes of website accessibility
Log In Help Join The Motley Fool
Free Article Join Over 1 Million Premium Members And Get More In-Depth Stock Guidance and Research
By Zhiyuan Sun - Apr 30, 2020 at 8:00AM

Key details in an antidepressant's clinical trial may signal a revolutionary therapy for patients.

This year, Axsome Therapeutics (AXSM 2.10%) will be filing a New Drug Application for a novel therapy to treat depression. For millions of adults with depression worldwide, the drug candidate may rapidly replace traditional standards of care.

Currently, patients experiencing depression are prescribed standard antidepressants classified as either selective serotonin reuptake inhibitors (such as Prozac) or ketamines (an anesthetic). There are problems with both types of drugs.

For the former, it can take up to weeks or months for the treatment to take effect, and it can lead to diminishing sexual desires and may increase suicidal tendencies. As for the latter, while a single dose of ketamine can lead to alleviation of depression within in a few hours, it can cause what are known as psychotomimetic side effects. This means certain patients will exhibit signs of psychosis after treatment, or worse, delirium. 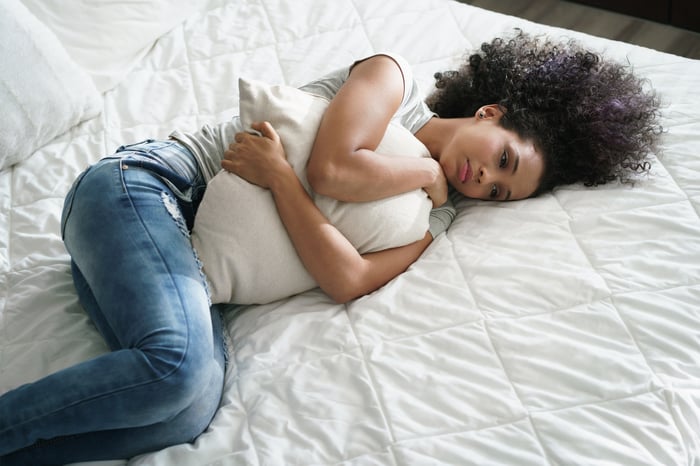 It has become vital, therefore, for clinical investigators to find a drug that can combine the best of both worlds -- i.e., one that can provide effective relief against depression without dangerous side effects. This drug is AXS-05.

AXS-05 is an oral N-Methyl-D-aspartate receptor (NMDA) antagonist that serves to inhibit the activity of multiple nodes in the brain's neural network commonly associated with depression. In December of last year, the drug saw success in its phase 3 clinical trial, beating the efficacy of placebo by 4.7 points on the 60-point Montgomery-Asberg Depression Rating Scale (MADRS), which measures the severity of depressive symptoms.

For secondary endpoints, 54% of patients in the treatment arm saw a greater than 50% improvement in MADRS scores. Additionally, 39% of patients taking AXS-05 saw remission of depression symptoms by the end of the study. All endpoints were met with a high degree of statistical significance.

At first glance, a 4.7-point outperformance doesn't sound like a lot, given the wide range of the scale and the fact that an estimated 70% of patients experience remission after taking standard therapy. From a risk standpoint, however, AXS-05 shines far above its competitors.

During the span of the study (six weeks), not a single case of psychotomimetic side effects, suicidal tendencies, or decreases in sexual desire was reported among 327 patients enrolled.

Hence, AXS-05 may possess the best risk-reward profile out of all antidepressants in the sector, which makes it a tempting first-line therapy. By 2026, the total addressable market for treating depression and anxiety is estimated to expand to over $18.9 billion.

The company is expecting to file an NDA for AXS-05 with the Food and Drug Administration (FDA) by the second half of 2020. This will likely become Axsome's first commercialized product. Despite having no revenue, the company has over $200 million in net cash on its balance sheet to fund approximately $50 million in research and development expenses per year.

In addition, the company is researching AXS-05 for treating agitation in Alzheimer's disease -- the drug recently surpassed expectations in phase 2/3 top-line data. Axsome also has two candidates (AXS-12 and AXS-07) for the treatment of narcolepsy and migraine headaches, both of which saw spectacular top-line readouts in phase 2 and phase 3, respectively.

Biotech investors should consider the market opportunity for all of Axsome's pipeline candidates, which far outweighs its $3.5 billion market cap. Be warned, however, that the company may be overly ambitious with regards to running another clinical trial in the summer to investigate treatment-resistant depression.