The specialty chemicals company's first-quarter results came in ahead of expectations.

Shares of Kraton (KRA) traded up more than 20% on Thursday after the specialty polymers manufacturer reported earnings that came in significantly better than expected. As of mid-March, Kraton was down more than 75% year to date, but investors of late have been giving the company a fresh look.

After markets closed Wednesday, Kraton reported first-quarter earnings of $0.27 per share on revenue of $427.3 million, easily surpassing consensus estimates for $0.04 per share in earnings on sales of $409 million. Revenue was down 6.4% year over year and EBITDA was off by 12.9%, but the markets had feared results would come in much worse.

The industrial company issued a statement saying the results were aided by its "geographic and end-market diversification," and that it was able to keep plants up and running and supply chains intact despite the growing COVID-19 pandemic. Kraton saw demand hold up well in a number of end markets, including medical applications such as IV bags and personal-care and hygiene products. The company also saw adhesive-sales growth, driven by tapes and labels for packaging applications and the adhesives used to manufacturer medical gowns and masks. 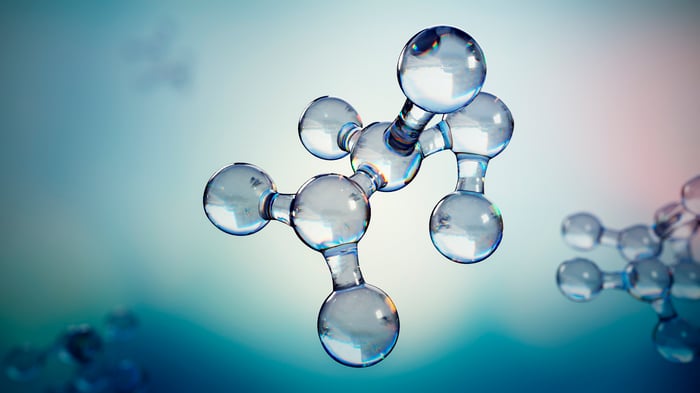 "As a critical supplier of key inputs into a wide range of products that are vital in the current market, our production facilities around the globe have continued to operate at normal capacities," CEO Kevin M. Fogarty said in a statement. "Currently, we have adequate access to key raw materials, and we have had minimal disruption in our global supply chain and customer fulfillment capability."

Kraton also benefited from the $530 million sale of its Cariflex business in the quarter. The company used the proceeds to reduce consolidated net debt by $495.3 million in the quarter, ending the period with $350 million in total liquidity.

Kraton was able to duck the pandemic in the first quarter but warned "the progression of COVID-19 may result in significant disruption in global demand fundamentals for the balance of 2020." It's hard to say how much, causing the company to withhold full-year guidance.

Coming into earnings season, Kraton shares had lost nearly 90% of their value since July 2018, and even with the recent surge higher, investors are still down for the year. Kraton still has challenges ahead, but coming out of first-quarter earnings, apparently the market has decided its time to give the business a second look.