Please ensure Javascript is enabled for purposes of website accessibility
Log In Help Join The Motley Fool
Free Article Join Over 1 Million Premium Members And Get More In-Depth Stock Guidance and Research
By John Rosevear – May 1, 2020 at 2:46PM

Shares of several brick-and-mortar retail chains were trading lower on Friday, as investors grappled with mixed signals around reopening stores and a new report that apparel company J.Crew is on the verge of bankruptcy.

Here's where things stood as of 2:15 p.m. EDT for these companies' stocks, relative to their closing prices on Thursday.

The Wall Street Journal reported on Thursday evening that preppy apparel retailer J.Crew Group is preparing to file for bankruptcy protection. J.Crew has $1.7 billion in debt, a legacy of past leveraged buyouts, that it had planned to pay down with proceeds from a now-scrapped initial public offering of its Madewell subsidiary.

Like many U.S. retailers, including all four of the companies here, J.Crew closed its stores in mid-March as the COVID-19 outbreak spread in the United States. The company joins a growing list of traditional retailers, including Neiman Marcus Group and J.C. Penney (JCPN.Q), that are reportedly making preparations to file for bankruptcy protection. 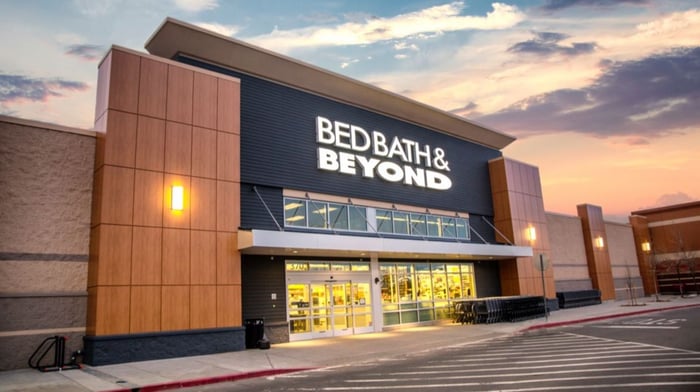 So far, Bed Bath & Beyond, Gap, Kohl's, and Macy's have avoided landing on that list. All have scrambled to borrow, conserve, and -- in a couple of cases -- raise enough cash to survive the pandemic-driven store closings and whatever economic aftermath follows.

Earlier this week, Macy's confirmed that it will resume operations at 68 of its U.S. locations on Monday, in states that are loosening restrictions on non-essential businesses that had been imposed to slow the spread of the coronavirus. The company aims to have all of its roughly 750 U.S. locations, including its Bloomingdale's stores, open by mid-June.

Separately, Kohl's revealed in a regulatory filing that it raised $600 million in a bond sale on Wednesday, bolstering its balance sheet as the uncertainty continues.

Bed Bath & Beyond provided investors in consumer-discretionary stocks with a comprehensive update when it reported earnings on April 16. Investors in Gap, Kohl's, and Macy's can look forward to similar updates soon: All three are expected to report earnings in the last two weeks of May.