Please ensure Javascript is enabled for purposes of website accessibility
Log In Help Join The Motley Fool
Free Article Join Over 1 Million Premium Members And Get More In-Depth Stock Guidance and Research
By Rich Duprey – May 8, 2020 at 12:47PM

The maker of Taser has bundled its revenue streams into conducted electrical weapons, Axon body cameras, and cloud software, and it has reported revenue of $147.2 million, well ahead of the $131.7 million that Wall Street had been anticipating, generating profits of $0.40 per share, which galloped well ahead of predictions of just $0.18 per share. 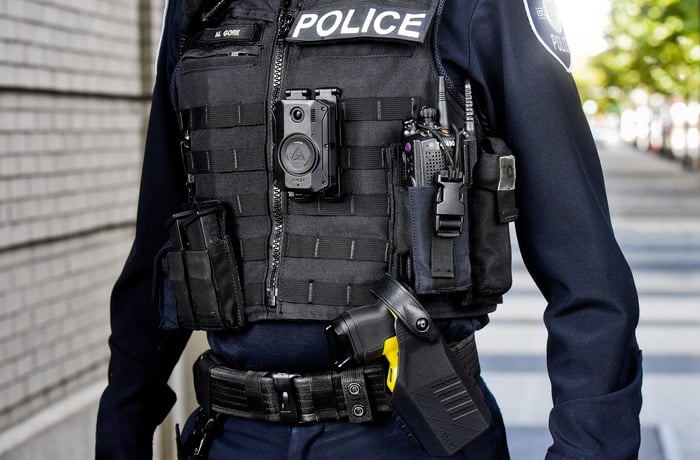 In particular, Axon saw a 38% surge in international sales, especially in the U.K., Australia, and Canada, as well as its entry into two new markets in Asia and Latin America.

Although there have been only a few instances of Axon's customers delaying orders for its products, the company is pulling its guidance for the full year, in which it saw adjusted EBITDA of $100 million to $105 million on revenue of $615 million to $625 million.

While the strength of Axon Enterprise's earnings beat helped lift its shares, it may have gotten an assist from the fact that its stock is a popular one to short, with 8% of its shares outstanding sold sort, or nine days to cover based on volume (anything over seven is considered a lot).

The big beat would have caused Axon's stock to rise, leading shorts to rush to cover their positions, helping to push shares even higher.