Please ensure Javascript is enabled for purposes of website accessibility
Log In Help Join The Motley Fool
Free Article Join Over 1 Million Premium Members And Get More In-Depth Stock Guidance and Research
By Cory Renauer - May 10, 2020 at 12:13PM

The FDA is working through the weekend to boost the availability of rapid COVID-19 testing.

Government regulators are working through the weekend to boost public health officials' ability to monitor for local COVID-19 outbreaks. On Saturday, the U.S. Food and Drug Administration issued its first emergency use authorization (EUA) for a COVID-19 antigen test. The Sofia 2 SARS Antigen FIA from Quidel (QDEL) is now authorized for use in laboratories and at the point of care.

The FDA has already approved diagnostics that look for genetic material specific to SARS-CoV-2, and tests that look for the antibodies immune systems produce in response to the virus. The Sofia 2 SARS Antigen FIA is the first that looks for chunks of the virus itself -- and it does so really fast. 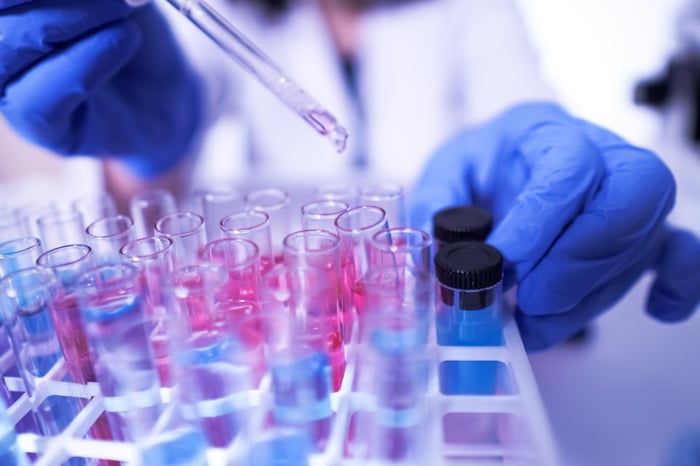 Quidel's test can scan a sample in 15 minutes for antigens, and unlike antibody tests, antigen tests rarely produce false positives. Molecular diagnostics are generally more sensitive, but they take much longer to run, with the exception of Abbott's (ABT 0.90%) increasingly popular ID NOW platform. Abbott's point-of-care coronavirus test can amplify genetic material for analysis without a long incubation process.

Considering the dearth of available testing in the U.S. at the moment, Quidel probably won't have any trouble carving out a significant share of an enormous market. A low single-digit percentage of tests returning positive suggests enough people are being tested to prevent further outbreaks while returning to some level of normalcy. The national percentage is falling, but 13.2% of samples sent to public and commercial laboratories tested positive last week.