Please ensure Javascript is enabled for purposes of website accessibility
Log In Help Join The Motley Fool
Free Article Join Over 1 Million Premium Members And Get More In-Depth Stock Guidance and Research
By Billy Duberstein - Updated May 11, 2020 at 6:57AM

Confused by the rising stock market? You’re not alone.

Last Friday, May 8, was an odd day in the markets. That morning, the Bureau of Labor Statistics revealed the April damage from the COVID-19-related lockdowns, and the numbers weren't pretty. The unemployment rate skyrocketed by 10.3 percentage points to 14.7%, as non-farm payrolls fell by a stunning 20.5 million during the month.

Given the staggering job losses, what's going on here? Well, there are a few reasons stocks have acted so well over the past six weeks. While these gains are by no means assured, it's important to note the reasons that the scary headlines and violent price movements of the past two months shouldn't deter you from your long-term investing plan. 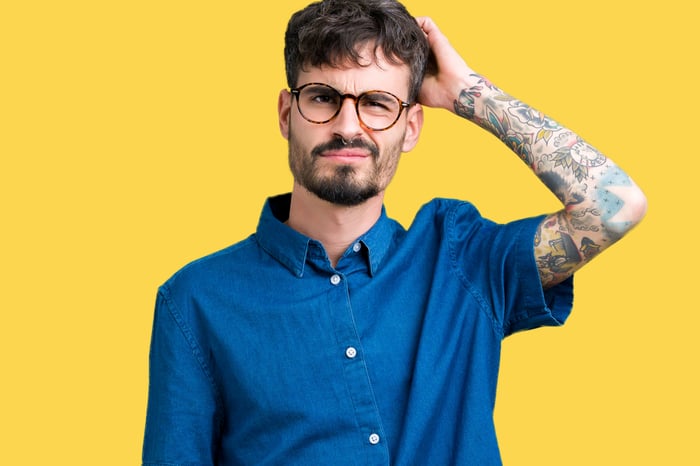 Reason No. 1: Job losses: temporary or not?

While the headline job numbers were quite scary-looking, there was somewhat of a silver lining further down in the report. Of those laid off, most in the Fed survey actually think they will only be laid off temporarily. The key sentences: "The number of unemployed persons who reported being on temporary layoff increased about tenfold to 18.1 million in April. The number of permanent job losers increased by 544,000 to 2.0 million."

Having 544,000 "permanent" layoffs is a heck of a lot better than having 20.5 million, which could be one of the reasons the market decided to rise in spite of the headline numbers. And with many areas of the country beginning to relax their stay-at-home rules, investors may be under the impression that these job losses will soon be restored once that happens.

I think it may be optimistic that all of the job losses will be refilled, as there is still sure to be demand destruction in many areas of the economy related to travel and leisure. Still, the huge difference between permanent and temporary job losses means the headline numbers may not be quite as bad as feared.

Reason No. 2: The market and stock prices are forward-looking

Of course, things still aren't great for the broader economy, whether job losses are temporary or not. U.S. gross domestic product is estimated to have fallen 4.8% in the first quarter, on the way to much worse results in the second and third quarters, since the first quarter had only two weeks of the lockdown. In March, real disposable income fell 2% month over month and consumer spending fell an even bigger 6%. And these are just the March numbers, reflecting only two weeks of lockdowns. April is bound to be much worse.

That doesn't bode very well for corporate earnings this year. Yet it's also possible that all of this bad news was already anticipated by the market's fastest-ever 30%-plus plunge in March. After all, the value of any company is the present value of all future cash flows. Thus, if a company's earnings go to zero but then "return to normal" in a year or two, its intrinsic value may only fall by 10%-15% or so -- and even less if the company is a high-growth stock with low current profits and a very long runway in front of it.

Which brings me to the next topic.

Reason No. 3: Interest rates are at rock-bottom

Dictating the "discounted value" of future free cash flows is the discount rate investors use, which is related to interest rates. As part of the Federal Reserve's massive action to support the economy, it dropped the federal funds rate to zero, which acts as a benchmark for many -- though by no means all -- other interest rates in the economy. One benchmark "risk-free rate" many investors use is the 10-year Treasury note rate, which has seen its yield fall from 2.45% one year ago to just 0.68% today.

Lower interest rates have the dual effect of stimulating the economy, as well as lowering the "hurdle rate" many investors use in their investments. When investors across the spectrum demand a lower rates of return on assets, asset prices go up, at least on a relative basis. And stocks are nothing but financial assets.

For example, if a stock is expected to make $5 in earnings in perpetuity, an 8% hurdle rate would make that stock worth $62.50. However, if investors now use a 5% hurdle rate, that same income stream is now worth $100. Thus, the fact that Treasury yields pay next to nothing makes corporate earnings -- unspectacular as they're bound to be -- more attractive. And if certain stocks can maintain their earnings or even benefit from the stay-at-home economy, those coveted earnings streams could be worth even more post-crisis.

Besides interest rates, one shouldn't overlook the massive action the federal government and the Federal Reserve took in March and April. Congress passed the $2.3 trillion CARES Act in March, which provided stimulus payments to individuals, grants for businesses that retain their workers, and low-cost loans for many businesses across industries as well as municipalities heavily affected by COVID-19.

However, the Federal Reserve stimulated in an even bigger way, buying all sorts of credit products, including Treasuries, asset-backed securities, commercial paper, collateralized loan obligations (auto, credit card, and student loans), corporate bonds, then even some high-yield bond exchange-traded funds as the crisis worsened. The massive buying spree from the Federal Reserve could total more than $6 billion injected into the ailing economy, trouncing the impact of the CARES Act.

By declaring itself a buyer of last resort, the Fed managed to put a floor under the credit markets, which allowed many corporations to raise liquidity during April to get them through the crisis.

In addition, the massive and speedy action sent a signal to the markets that the government is prepared to do "whatever it takes" to stimulate the economy and prevent the very worst outcomes. That jolt of confidence also probably had an effect on the stock market in April.

Reason No. 5: Remember what the index is made of

These technology companies all have some of the best balance sheets, business models, and growth profiles in the entire world, even despite COVID-19. And since the S&P 500 is a market cap-weighted index, as those companies bounce back, they make up more and more of that index, versus other troubled areas of the market such as airlines or oil and gas, which make up less and less of the index as their values go down. And remember, some of the worst-hit areas of the economy are neighborhood small businesses, which aren't in the index at all.

Thus, the index will average out the winners and the losers, with the more resilient companies becoming more heavily weighted over time. That's also helping the index bounce back as the reshuffling between the haves and have-nots of the stay-at-home economy continues.

Conclusion: Is the market right?

While many have been shocked by the snap-back of the markets since the March lows, remember that the initial plunge was very deep and fast. Given the five reasons cited here, it perhaps shouldn't be surprising that the market has been bouncing back amid low interest rates, federal stimulus, and optimism that the economic shutdown is temporary.

However, that doesn't mean there still can't be another leg lower. After all, some of those temporary job losses could turn permanent if certain industries stay closed for longer. A lot of this will depend on how the economy contains the virus, and how quickly biotech companies can develop a vaccine. Right now, new treatment candidates are emerging every day, which is spurring optimism. If containment and treatment are accomplished somewhat quickly, the market could continue to go up.

However, if vaccine or treatment trials prove disappointing and second or third waves of the virus hit the economy, job losses could continue and GDP could continue to decline, in which case the market could follow these figures down. As Warren Buffett said in his annual meeting, the range of outcomes is extremely wide.

So what should you do at this moment? Continue with the investing plan you've set out for yourself and your risk tolerance. Usually, this entails consistently investing in the market each month, once you've set up an emergency fund and paid down your high-interest debt. With the market acting like a manic-depressive for the past two months, with a shocking decline and perhaps an even more surprising bounce-back, sticking with your investing plan and taking the emotions out of your strategy is more important than ever.

This Year's Social Security Raise Failed to Keep Pace With Inflation. Here's How Much Money Seniors Have Lost