Please ensure Javascript is enabled for purposes of website accessibility
Log In Help Join The Motley Fool
Free Article Join Over 1 Million Premium Members And Get More In-Depth Stock Guidance and Research
By Cory Renauer – May 11, 2020 at 6:29AM

Last week, shares of these three biotech stocks rocketed higher, but their market values are still relatively small. That has intrepid investors wondering if their recent gains could be the beginning of something much larger.

It isn't unusual to see small-cap biotechs with nine-figure market caps continue to make further gains, but they don't always continue rising. Here's what you need to know about the businesses behind these recent stock market run-ups before thinking about adding them to a portfolio you'd like to manage successfully. This company has been developing potential new cancer therapies since 2000 without any approved drugs to show for it yet. The most advanced program, margetuximab, is getting close. At the moment, the FDA's reviewing an application to treat certain breast cancer patients with the HER2-targeting antibody, and an approval decision is expected in December.

Expectations for margetuximab on its own aren't terrific because of underwhelming survival results that weren't significantly better to Herceptin at the second interim analysis of an ongoing head-to-head pivotal trial. A surprise at the final pre-specified overall survival analysis could provide this drug with a future as a monotherapy, but investors didn't need to wait that long for some good news.

Macrogenics stock tripled last week after the company presented data from a couple of early clinical-stage programs, MGC018 and MGD013, that were essentially previews of presentations scheduled at an upcoming scientific conference. Margetuximab in combination with MGD013, an early clinical-stage antibody that can address two targets simultaneously, appears effective during the early portion of a clinical trial. Treatment with the experimental combo therapy shrank tumors for 40% of breast cancer patients with HER2 positive tumors. 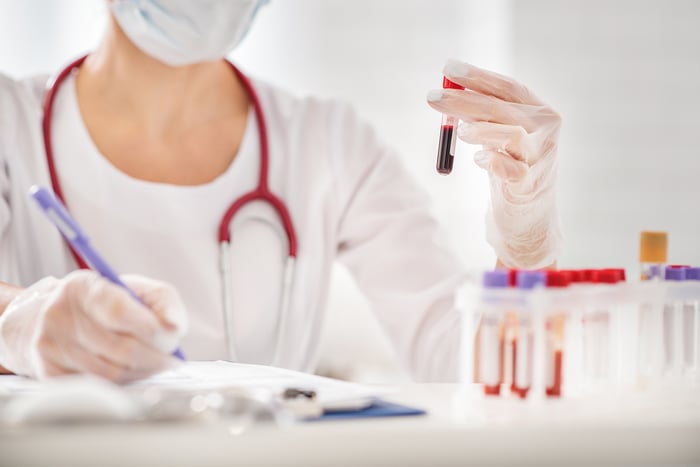 This biotech stock doubled overnight after Menarini, a privately held pharmaceutical company from Italy, made a lucrative buyout offer. For each share of Stemline investors hold, Menarini will pay $11.50 and issue a contingent value right (CVR) share worth $1 in the event Stemline's Elzonres is sold in France, Germany, Italy, Spain, or the U.K.

In 2018, the U.S. FDA approved Elzonris to treat patients with a rare blood cancer called blastic plasmacytoid dendritic cell neoplasm. Sales of the drug reached just $43 million in 2019, and they're hardly accelerating. Elzonris sales reached an annualized $47 million during the last three months of 2019.

Investors that held on to their CVRs shouldn't have to wait too long to find out if they'll pay. The European Medicines Agency began reviewing Stemline's application in January 2019.

This company's stock imploded in 2018 after its lead candidate, an immunology drug under investigation as a potential ulcerative colitis treatment, failed a futility analysis. The company has shifted directions to focus on PTG-300, an injectable protein that mimics hepcidin, a hormone with a role in red blood cell regulation.

Polycythemia vera patients produce too many red blood cells and need regular phlebotomy treatments to avoid blood vessel blockages. Protagonist stock spiked last week in response results from seven polycythemia vera patients treated with ascending dosages of PTG-300. Among six patients that were treated according to schedule, none had to visit the phlebotomist. The only patient that required phlebotomy to regulate his red blood cell level had missed a dose.

Polycythemia vera's uncommon but probably affects enough patients to drive annual sales of PTG-300 past $1 billion within a few years after earning approval. We could find out more about its chances to move forward before the end of the year. The company plans to expand the ongoing trial to around 50 patients. 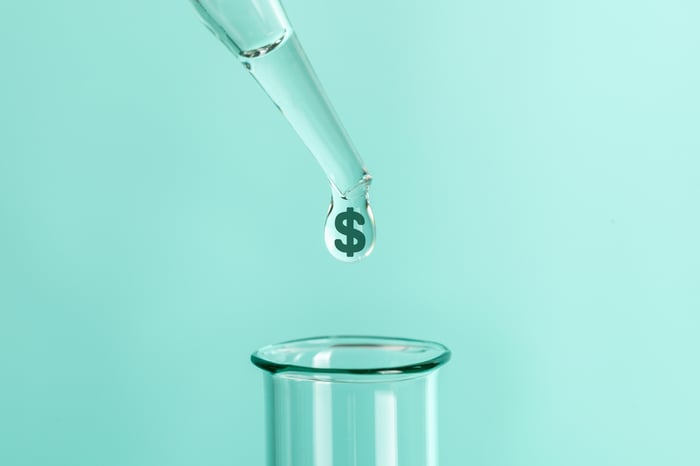 We'll learn more about Macrogenics' early clinical-stage hopefuls later this month, but it's probably best to wait for proof of long-term benefits from the company's early-stage pipeline before taking any risks with your own money. Impressive response rate data from a small number of cancer patients in the early months of cancer studies fizzle out over time far more often than they improve.

Protagonist Therapeutics also has precious little data, but we'll probably hear a lot more about PTG-300 in the months ahead. A stabilized hematocrit among all patients under treatment during the early portion of a dose determination study is a strong signal of efficacy, and there weren't any serious side effects reported. Despite its recent run-up, this stock might be a bargain right now.