Please ensure Javascript is enabled for purposes of website accessibility
Log In Help Join The Motley Fool
Free Article Join Over 1 Million Premium Members And Get More In-Depth Stock Guidance and Research
By Keith Noonan – May 11, 2020 at 4:13PM

The fintech stock is still down roughly 18% year to date despite big gains in April and May.

Shares of PagSeguro Digital (PAGS -2.56%) climbed 31% in April, according to data from S&P Global Market Intelligence . The Brazilian payment-processing stock bounced back after sliding 38.4% in March's trading. 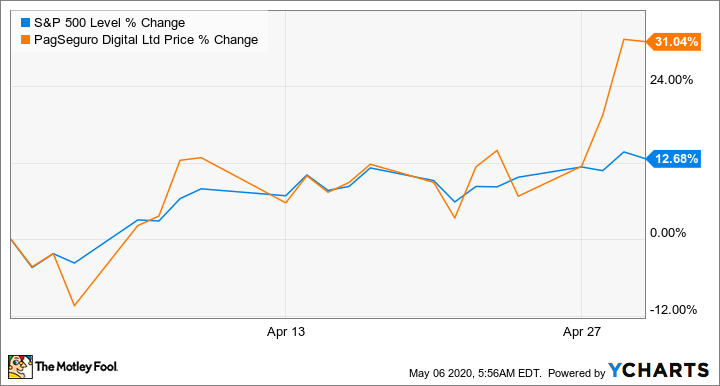 PagSeguro stock tracked closely in line with the movement for the broader market for much of April's trading. The company's share price then jumped at the end of the month after the company announced a new government partnership and rolled out a new service. 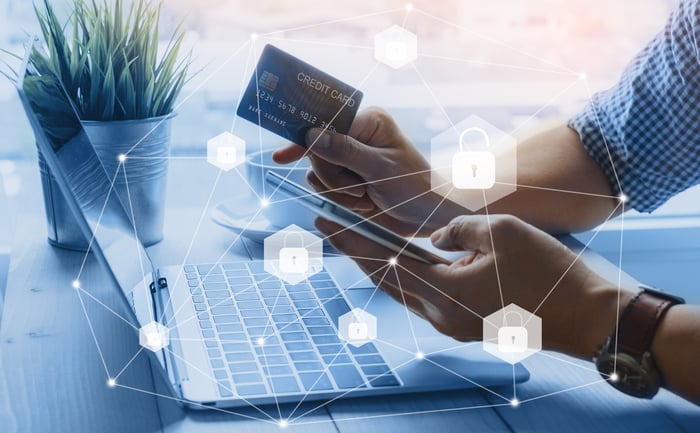 PagSeguro published a press release on April 28, announcing that it had entered into a partnership with the state of Minas Gerais (a territory in Brazil) to provide its banking services as a means to receive government payments. The service is being offered to 270,000 families in Minas Gerais, and PagSeguro is offering 20 Brazilian reais to people in the state who open a free digital account in the first month of the program.

PagSeguro then published a press release on April 30 that announced PagPerto -- a virtual shopping service that allows sellers to list goods and connect with buyers in their area. The company's CEO, Ricardo Dutra da Silva, commented in the press release that PagPerto would help shoppers who are not able to be in stores as a result of the novel coronavirus and that PagSeguro sees growth for digital payments accelerating as a result of the crisis.

PagSeguro stock has continued to climb in May. The company's share price is up roughly 10% in the month as of this writing. 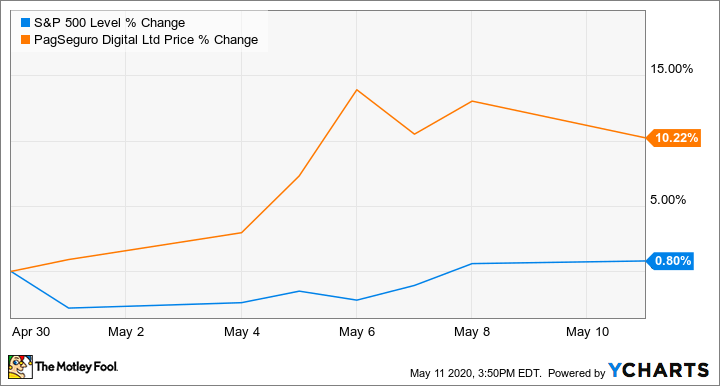