Please ensure Javascript is enabled for purposes of website accessibility
Log In Help Join The Motley Fool
Free Article Join Over 1 Million Premium Members And Get More In-Depth Stock Guidance and Research
By Adam Levy - May 12, 2020 at 10:20AM

Amazon (AMZN -1.57%) has seen a big uptick in the amount of time its Prime members spend with its streaming video service. Of course, practically every video streaming service on the market is seeing an increase in hours logged as people stay home to help slow the spread of coronavirus.

But Amazon saw a particularly big bump in time spent streaming Prime Video in April compared to the increase for other streaming services, according to data from 7Park. It trailed only Netflix (NFLX -0.46%) in average household minutes for the month, and it opened up a significant gap between itself and Disney's (DIS 5.33%) Hulu. 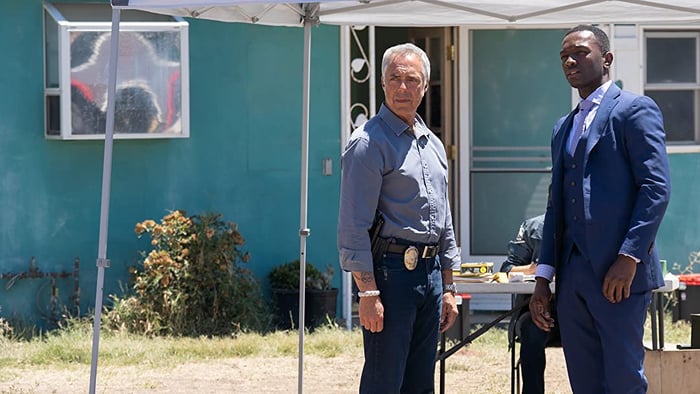 A still from the sixth season of Bosch, an Amazon original series. Image source: Amazon.

The sixth season of Bosch, released mid-month, was the most popular title on the platform for the month. It just edged out Hunters, which debuted in February. Mrs. Maisel also made an appearance in Amazon's top five.

Amazon is also seeing early success with Upload, released at the start of May. Amazon has already renewed the series for a second season. Combined with the recent Bosch release, Amazon's momentum could continue through May.

While Amazon hasn't quite built the buzz of Netflix's releases such as Tiger King and Ozark season 3, it's seeing improved engagement among its originals compared to other services. That's noteworthy as Hulu -- its closest competitor in terms of active viewers and average hours watched -- recently increased its efforts in originals with the introduction of FX on Hulu in March. Along with FX's back-catalog, it added several critically praised originals from FX Studios. Nonetheless, consumers favored Amazon's platform.

Olsavsky stopped short of telling investors Prime memberships are growing during the earnings call, but all of the trends in Amazon's business suggest the current environment has led a lot of people to sign up for Prime. He noted more Prime members are taking advantage of Amazon's shipping benefits while they stay home as much as possible.

But getting Prime members to try the video service included with their membership hasn't always been a guarantee. Historically, only about one-third of Prime members are active Prime Video viewers.

Higher engagement with Prime Video and Amazon originals could also improve the efficiency of its content spending going forward. Word of mouth is one of the strongest factors in pushing consumers to watch a series. If everybody's talking about a series, you don't want to be the only one that hasn't watched it. (See: Tiger King.) That's a sort of network effect Amazon has mostly missed out on, making its content spending less efficient than that of competitors such as Netflix.

We could be at the start of a new virtuous cycle for Amazon's Prime Video platform. It's starting to gain traction amid the streaming wars, winning share of time spent streaming video despite increased competition.