Cannabis companies continue to remain volatile in 2020. Over the last 20 months, they have been impacted by valuation issues, a thriving black market, lower than expected demand, high inventory levels, mounting losses, health issues from the vaping scandals, and much more.

The investor euphoria that surrounded cannabis stocks when Canada legalized marijuana for recreational use seems like a distant dream. However, there are reasons to be bullish on this industry. The marijuana sector is still at a nascent stage and is expected to grow at a rapid pace in the upcoming decade. The extended market sell-off also provides investors with an opportunity to buy growth stocks at a lower valuation.

Keeping this mind, let's take a look at whether Cronos Group (NASDAQ:CRON) or Canopy Growth (NASDAQ:CGC) is a better buy right now. 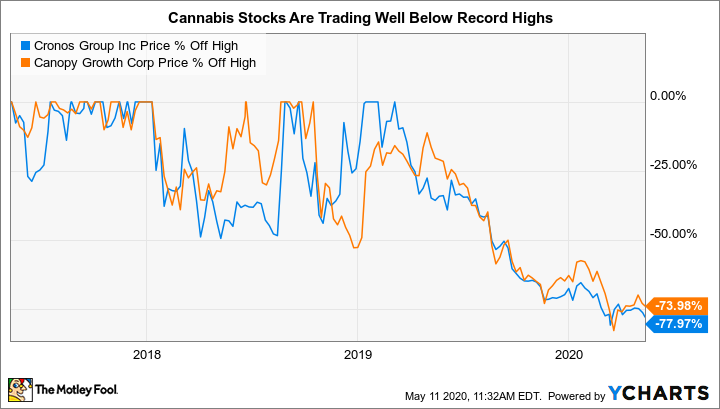 Cronos Group stock is down 75% below record highs

Shares of Cronos Group have fallen over 75% since it touched a record high in early 2019. This vertically integrated cannabis company recently released its first-quarter results May 8, reporting revenue of $8.43 million and a net income of $75.7 million or $0.20 per share. Comparatively, analysts expected revenue of $10.8 million and earnings of $0.07 per share.

While Cronos managed to beat consensus earnings estimates by a huge margin, investors should note that it's still posting an operating loss and that the profit was from an accounting adjustment.

In Q1, Cronos reported an operating loss of $45 million while its net profit was driven by the change in fair value of derivative liabilities. This $113 million gain was attributed to Altria's (NYSE:MO) billion-dollar investment and change in the value of warrants held by the tobacco giant. Cronos' operating loss widened drastically compared to its loss of $10.1 million in the first quarter of 2019.

At the end of Q1, Cronos had a cash balance of $1.12 billion. This was due to Altria's 45% stake that it picked up in March 2019. This huge cash reserve gives Cronos Group some leeway to improve profit margins. In the first quarter, it used $170 million in cash which means Cronos can continue operations for six quarters without additional capital infusion.

Cronos has a better cash position compared to most pot companies allowing it to eye inorganic growth and acquire companies at discounted valuations given the current bearish sentiment. It has however been conservative in terms of acquisitions. It last acquired Redwood Holdings for $300 million in 2019.

The Altria investment was expected to aggressively drive Cronos' expansion in international markets as well as support the launch of cannabis 2.0 products. Altria's expertise in the tobacco business will be instrumental in product development of vapes and related products. 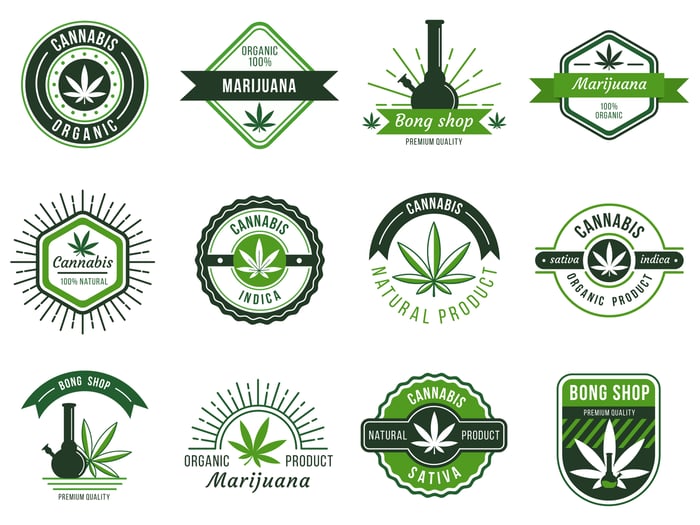 In Q1, Cronos credited its 181% year-over-year growth to the rollout of new products in Canada's recreational marijuana space. Cronos is also targeting the rapidly growing medical marijuana market in Israel that will help boost sales in the second half of 2020.

Cronos CEO, Mike Gorenstein stated, "Israel is taking several steps to optimize and expedite the patient access process for medical cannabis and we are excited to join this thriving regulated market. The cannabis usage rate in Israel is among the highest in the world and the medical patient count in Israel is expected to grow rapidly, which represents an excellent opportunity for our business to grow in this market."

However, Cronos is still grappling with widening losses and high inventory levels. In Q1, Cronos reported an inventory of $43.1 million, up from $38 million in the fourth quarter of 2019. In the first quarter, inventory writedowns stood at $7.96 million and this figure might be similar for the rest of 2020.

Shares of Canopy Growth is down 72% from record highs and burnt significant investor wealth in the sell-off. While Cronos has the backing of Altria, Canopy's largest investor is Constellation Brands (NYSE:STZ). The beverage behemoth has a 38.6% stake in Canopy Growth.

Like most other pot investors, Constellation Brands is bullish on Canopy's long-term opportunity in an expanding market. Canopy is, in fact, led at the helm by a former Constellation CFO, David Klein.

Constellation Brands CEO, Bill Newlands stated, "Canopy is best positioned to win in the emerging cannabis space and we are confident in the strategic direction of the company under David Klein and his team."

Canopy is a cannabis heavyweight and a market leader in Canada's growing marijuana market. It's the top cannabis player in Ontario, Nova Scotia, and Alberta and holds the second position in Quebec. It is also expanding its presence in Germany which is the largest medical cannabis market after North America. Similar to Cronos, Canopy Growth will also depend on high-margin derivative products to drive sales and improve its bottom-line.

While the COVID-19 pandemic will continue to impact several industries including marijuana, demand should pick up once lockdown restrictions are removed.

Canopy Growth's cash balance stood at a healthy CA$1.56 billion at the end of December. However, in the first nine months of fiscal 2020, Canopy reported an operating loss of a hefty CA$560.5 million. Comparatively, its revenue stood at CA$290.85 million in this period. Canopy's cash balance fell by CA$919 million in the last three quarters, indicating it has enough cash for five more quarters.

Canopy Growth's inventory rose by a mammoth 137.5% in the last nine months to CA$622.57 million which may result in writedowns in the upcoming quarters.

The pot company further announced the layoff of 200 workers. These steps along with Constellation's cash infusion should strengthen Canopy's balance sheet and provide it with some breathing room.

Canopy Growth and Cronos Group will continue to struggle with certain structural issues in 2020. The slower than expected rollout in major Canadian provinces and the pandemic will continue to weigh on demand. The possible inventory writedowns and operating losses will keep investors wary. But Canopy's leadership position in Canada just tilts the balance in its favor for long-term cannabis investors.