Please ensure Javascript is enabled for purposes of website accessibility
Log In Help Join The Motley Fool
Free Article Join Over 1 Million Premium Members And Get More In-Depth Stock Guidance and Research
By Adam Levy - May 13, 2020 at 9:00AM

Honey could be an incredible source of shopper data for predicting sales.

The payments company is looking to capitalize on its wide presence in order to expand Honey's user base. PayPal currently has over 330 million active accounts. But scaling the app from 17 million users to hundreds of millions is just the first step in the long-term vision for Honey and PayPal. 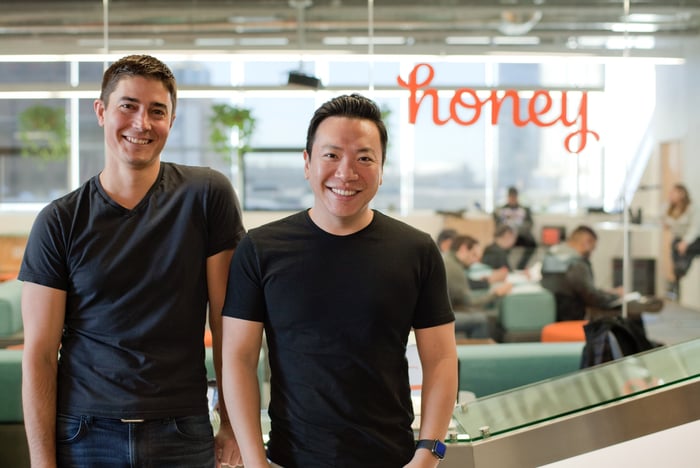 Logging the demand curve for every product on the internet

Aside from its core feature of automatically testing promo codes during the online checkout process, Honey also encourages users to use its Droplist feature. Droplist allows users to add items to a list and get automatic alerts when the price goes down by a designated percentage.

PayPal CEO Dan Schulman sees this feature as a very valuable source of data for merchants. "The really interesting thing that Honey is doing is that they are creating demand curves by individuals," he said at an investors conference in March.

Schulman sees a day when Honey Droplist users will be able to authorize PayPal to automatically purchase an item when it hits their price. He also thinks PayPal can make a self-serve tool utilizing Droplist data that practically guarantees merchants a certain amount of sales if they run a promotion for a certain percentage off an item.

Being able to collect data on both purchase intent from Droplist and successful conversions from PayPal and Honey's promo code feature will strengthen the ability of PayPal to accurately predict how well promotions will work for merchants. That's a very valuable service few other competitors can offer.

Schulman's idea of a self-serve promotion platform with highly accurate predictive capabilities is still years away. PayPal still needs to drive user growth to Honey and Droplist engagement while bringing more merchants onboard. Capitalizing on PayPal's existing presence with both consumers and merchants will be key to that growth, and it's a key area of investment for PayPal.

PayPal is working to increase the utility of its flagship app, Honey, and Venmo, and cross-selling users across all of its apps. "Our cross-selling have been incredibly effective in working with Honey," Schulman told analysts during PayPal's first-quarter earnings call. "In fact when we cross sell into Honey, we see a much higher [lifetime value] customer as well coming out of both for PayPal and Honey." He also noted that it's working on new features for Honey, which could drive engagement and new signups.

These are all important moves for PayPal to lay the groundwork of developing individual demand curves for specific products. But working with a long-term goal in mind, the fintech company can take very deliberate steps toward developing the product Schulman envisioned when he decided to acquire Honey.