Please ensure Javascript is enabled for purposes of website accessibility
Log In Help Join The Motley Fool
Free Article Join Over 1 Million Premium Members And Get More In-Depth Stock Guidance and Research
By Adam Levy - Updated May 14, 2020 at 11:50AM

vMVPDs have been a bright spot in the pay-TV industry.

But it doesn't look like the services will be immune from coronavirus-fueled cord cutting. The ease of cancelling the services may, in fact, lead to bigger subscriber losses for them compared to traditional providers. That said, the shift to vMVPDs from cable and satellite services may see an acceleration as we come out of the recession caused by the pandemic. 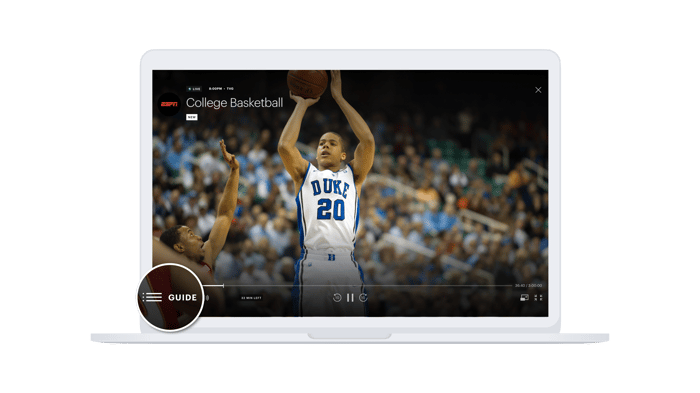 The only streaming services not growing like gangbusters right now

Consumers are streaming a lot more video as they stay home to help prevent the spread of coronavirus. Roku said in its first quarter letter to shareholders that its users streamed lots of on-demand programming -- both paid and ad-supported -- but "the growth of 'virtual' MVPD streaming has been more moderate."

Keep in mind, the first quarter likely only saw a modest impact from coronavirus. But the ability to cancel and pause subscriptions instantly and with just the click of a button means cancellations come more swiftly compared to traditional providers.

The challenge will increase through the rest of the year

Investors should expect cancellations and subscription pauses to have picked up steam in the last month and a half. With millions of job losses and a lack of live sports, consumers aren't getting enough value from their pay-TV subscriptions to keep them in the budget.

While vMVPDs used to be an area of cost savings for consumers, price hikes over the last year have led to prices about on par with traditional services. AT&T has been most aggressive with its price increases, and it merely accelerated subscriber losses for AT&T TV Now. That's as good of an indication as any that vMVPD subscribers are just as price-sensitive -- if not more -- as traditional pay-TV subscribers.

AT&T CEO John Stankey expects the economic environment to lead to more cord-cutting in the second half of the year, as some will be left without a job when businesses reopen. And if media companies don't resume filming for television's fall season soon or the NFL delays its season openers, cord-cutting could get worse in the fall.

That said, vMVPDs still have several advantages over traditional pay-TV options. They have transparent pricing and no long-term contracts. They allow users to pause their subscriptions and come back when they're ready, which means some subscriber losses could come back very quickly. And they provide instant access without need to invite a stranger into your home to install equipment. These advantages should produce better results for the over-the-top services if and when consumers look to resubscribe to pay-TV.

While we're seeing increased consumer preference for cord-cutting due to factors that affect virtual MVPDs just as much as traditional MVPDs, the environment should accelerate the shift in subscribers from cable and satellite to over-the-top options as consumers evaluate their options.