Please ensure Javascript is enabled for purposes of website accessibility
Log In Help Join The Motley Fool
Free Article Join Over 1 Million Premium Members And Get More In-Depth Stock Guidance and Research
By Eric Volkman – May 14, 2020 at 9:19PM

The company maintains its $0.68 per-share payout.

Hasbro's (HAS -3.11%) board of directors has declared the toy company's latest quarterly dividend. The company will pay out $0.68 per share on Aug. 17; stockholders of record as of Aug. 3 will be eligible for the distribution.

The new dividend's amount matches that of its five predecessors, and it's a yield of 4.2%. Previous to that, Hasbro paid $0.63 per share. Historically, the company has been an extremely consistent and reliable dividend payer, handing out a disbursement every quarter for nearly four decades. 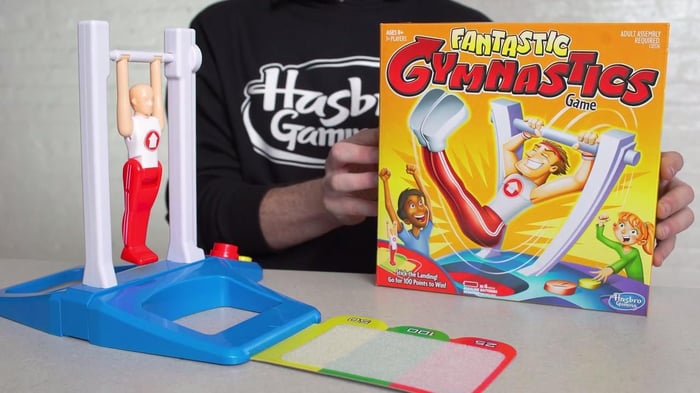 In the currently turbulent economic environment caused by the SARS-CoV-2 coronavirus, Hasbro's business has actually been holding up relatively well. While in its most recently reported quarter, revenue dropped by 8% on a year-over-year basis, on a non-GAAP (adjusted) basis, its net profit flipped dramatically into the black.

The company also now owns Entertainment One (eOne), a film and TV studio with several high-profile assets such as the Peppa Pig animated series. Over the years, Hasbro has developed a reputation for being effective at leveraging toy lines into TV and film properties, and vice-versa.

More critically, for the purposes of dividend investing, Hasbro managed to increase its free cash flow during the quarter -- it rose by almost 9% to $260.8 million. That is nearly three times the amount the company paid out in dividends, so at least for now, the payout looks fairly secure at this level.

Perhaps news of the upcoming dividend made investors happy. On Thursday, Hasbro's shares rose by 2.8%, outpacing the gains of the wider stock market and many peer consumer goods titles.