Please ensure Javascript is enabled for purposes of website accessibility
Log In Help Join The Motley Fool
Free Article Join Over 1 Million Premium Members And Get More In-Depth Stock Guidance and Research
By Jon Quast - May 15, 2020 at 11:48AM

Sometimes, even bad results are good enough to cheer investors.

Shares of Denny's (DENN -2.91%) popped higher on Friday morning after the casual-dining restaurant chain delivered its fiscal first-quarter report. As of 11:45 a.m. EDT, the stock was up by almost 11%.

However, the stock isn't going up because last quarter was great or because the second quarter is trending any better. Place this report in the "better-than-feared" category, with bad results that were nonetheless not as bad as they could have been. And shares are still sharply down over the last 12 months. 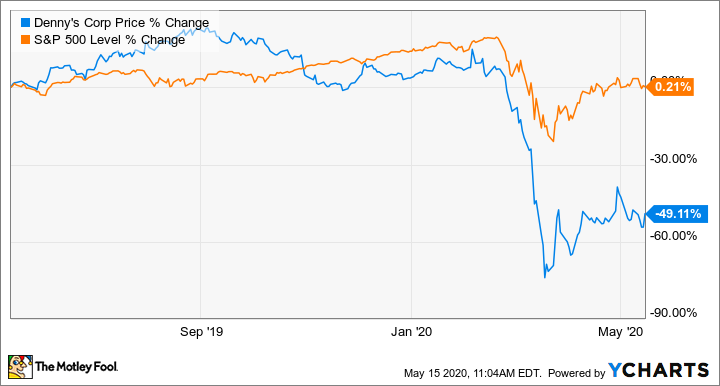 Quarterly operating revenue fell 36% year over year to $96.7 million. However, Denny's was still profitable with net income of $9 million. That was down 42% from Q1 2019. During the last quarter, it repurchased $34 million of its own stock, but that was before business began to be impacted by COVID-19. Share buybacks have now been placed on hold.

Those results weren't great, but investors had expected them to be a little worse.

Another reason for investors' relatively upbeat response to the report relates to the company's liquidity. Previously, Denny's had said it was up to date on paying its debt obligations, but faced the possibility of being late in Q2. On Friday, it announced an amendment to its credit, remedying the problem for at least the next year. 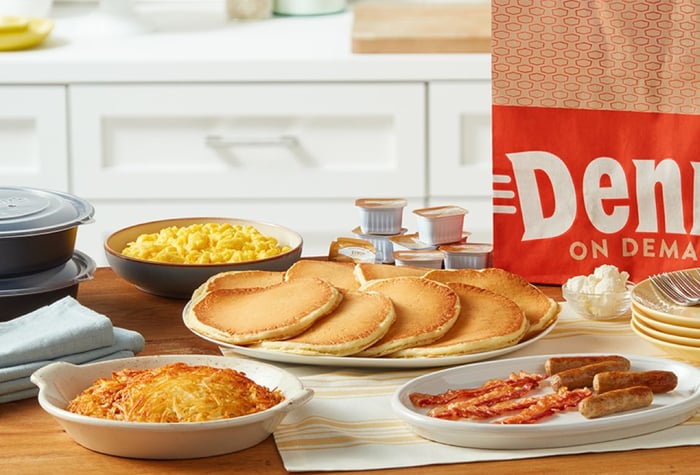 The company's fiscal first quarter ended March 25, meaning that its results were only seriously impacted by the COVID-19 pandemic for a matter of days. Fiscal Q2 is what investors should watch, and quarter-to-date results don't look promising. During Denny's best week of Q2 so far -- from April 30 to May 6 -- comparable sales were down a whopping 68% from last year. The company is showing week-over-week improvements, but that's still really bad.

The loss of sales wasn't for lack of effort. More than 80% of Denny's locations are open, and management is trying everything it can think of to generate revenue. It's waiving delivery fees, offering curbside pickup, creating new specials like its family packs, developing meal kits to sell in grocery stores, and has even converted 400 stores to also sell grocery items. That's a lot of moves for a company to make in such a short time period.