Please ensure Javascript is enabled for purposes of website accessibility
Log In Help Join The Motley Fool
Free Article Join Over 1 Million Premium Members And Get More In-Depth Stock Guidance and Research
By John Bromels – May 16, 2020 at 2:28PM

These top picks have seen shares slump in 2020 but should be long-term outperformers.

You already know, of course, that COVID-19 has had -- and is still having -- a profound impact on the lives and livelihoods of people around the globe. Hundreds of thousands have died and millions have been sickened. It's been devastating, but the pandemic is ultimately temporary. It may take months (or even years), but eventually things will return to normal...or something resembling normal.

For savvy investors, now is an excellent time to put money into stocks that have been temporarily knocked into bargain territory. Even though their short-term prospects look bad, they're poised to be long-term winners once the pandemic is over. Here's why you should consider Intuitive Surgical (ISRG 3.23%), Walt Disney (DIS 3.70%), and Brookfield Infrastructure Partners (BIP -1.40%) at today's beaten-down prices. 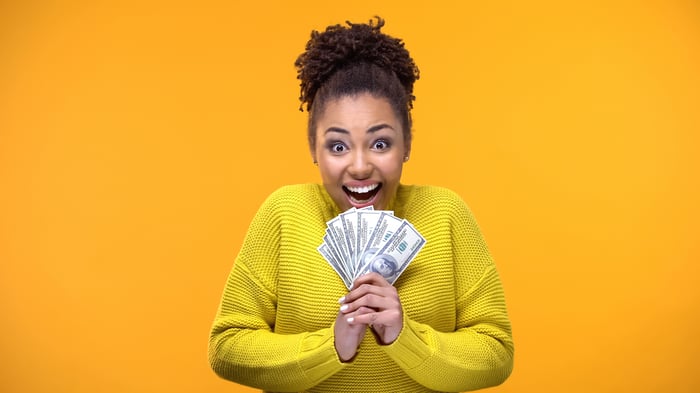 The future of healthcare

The world's healthcare system has been hit hard by the coronavirus, but the pandemic has underscored the importance of advancements in medical technology. Robot-assisted surgery pioneer Intuitive Surgical has been developing devices to improve precision, reduce the invasiveness of common procedures, and lead to better patient outcomes.

For 20 years, Intuitive's flagship product has been the da Vinci surgical system, which is primarily used for elective gynecological and urological procedures. Using its "razor and blade" model, the company sells or leases the expensive-to-produce da Vinci system to a hospital but continues to derive a recurring revenue stream through service contracts, sales of accessories, and lease payments. Intuitive is working on expanding the da Vinci system's repertoire to include many other types of soft-tissue surgeries.

Hospitals have obviously had their hands full in recent weeks, and so most elective surgeries, including those in which the da Vinci system specializes, have been cancelled, while new equipment installations and purchases have also been put on hold. Intuitive's shares have tumbled more than 12% so far in 2020; it now trades just under 45 times earnings, which is in line with its peers. That's a lower valuation than the company has seen since 2017. Although it's not exactly "cheap," it represents a bargain price for a company with excellent growth prospects.

In terms of companies with operations affected by the coronavirus, Disney has to be near the top of the list.

Pretty much every division of the massive entertainment juggernaut has been affected. Its theme parks and cruise line have shut down. Movie theatre closures have cut short or delayed its film releases, and social distancing requirements have upended production and release schedules for its movies and TV shows. Professional sports cancellations have left its ESPN network hurting for content.

On the flip side, demand for its Disney+ and Hulu streaming services has skyrocketed as viewers are stuck at home. But that hasn't been enough to offset the losses elsewhere in the company's portfolio. Disney's Q1 earnings per share fell by 67.2% year over year, and the media giant had to suspend its next dividend payment to help conserve cash. Even when theme parks and movie theaters do reopen, crowds may be slow to reappear. This near-term anxiety is why Disney stock is down 26.7% so far this year.

Eventually, though, the customers will return. Kids will still beg for Disney vacations, Elsa dolls, and tickets to the latest Pixar movie. Grownups will want to see their favorite sports teams play, watch the next Marvel action flick, and find out what happens to Baby Yoda. Disney's content stable is world-class, and the company has an amazing track record of leveraging it to generate huge profits.

Now is a great time to pick up Disney shares on the cheap.

One stock that seems to have been unfairly punished by the market during the pandemic is master limited partnership (MLP) Brookfield Infrastructure Partners. The company manages a portfolio of income-generating infrastructure assets that's diversified both geographically and by type. Because some of these assets include ports and toll roads, which have seen decreased activity during the pandemic, Wall Street has sent shares down more than 22% so far in 2020.

This is an opportunity for investors to cash in on Brookfield's distribution -- the MLP version of a dividend -- which now yields 5.3%. It's also a chance to buy into Brookfield's other assets, including its energy, utility, and data-infrastructure portfolios, all of which generated improved funds from operations in Q1, more than offsetting the declines in its transportation segment.

Brookfield's capable management team has been actively adjusting its portfolio, selling mature assets and buying higher-growth prospects. This should power growth of both share price and distribution for years to come. Now looks like a great time to make an investment.

Before buying these bargain stocks, remember that in the short term, all three companies are likely to see increased volatility. As the coronavirus pandemic drags on, shares may fall even further. That doesn't mean you made a bad pick: These are long-term investments that should outperform over the long run.

For investors who can ignore the likely short-term underperformance, Intuitive Surgical, Disney, and Brookfield Infrastructure Partners look like good bargains to add to your portfolio now.