Please ensure Javascript is enabled for purposes of website accessibility
Log In Help Join The Motley Fool
Free Article Join Over 1 Million Premium Members And Get More In-Depth Stock Guidance and Research
By Matthew Frankel, CFP® – May 18, 2020 at 2:55PM

A small piece of promising news on the coronavirus vaccine front is giving investors hope.

The stock market was having an extremely strong day on Monday. As of 3:50 p.m. EDT, the Dow Jones Industrial Average was up by more than 4% and the S&P 500 index wasn't far behind.

The financial sector was among the market's best performers, with the biggest bank stocks all well into the green. Wells Fargo (WFC -0.69%) and Citigroup (C -1.70%) were the leaders out of the "big four" U.S. banks, with both up by more than 9%. Bank of America (BAC -1.50%) and JPMorgan Chase (JPM -1.56%) weren't doing too bad either, posting gains of more than 7% and 6%, respectively. So, let's take a look at why the stock market was performing so well on Monday and why the big banks were doing even better. 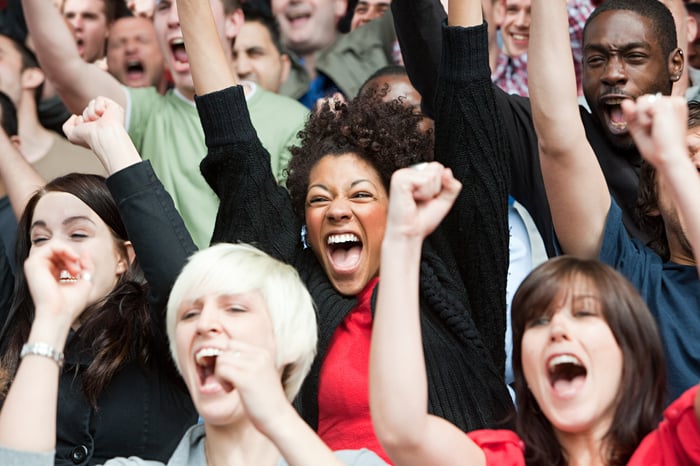 The biggest market catalyst Monday was the announcement that Moderna's (NASDAQ: MRNA) COVID-19 vaccine candidate is showing promising results in early stage clinical trials. To be fair, the trial has an extremely small sample size (45 people) and the data from it is still incomplete. Even so, the fact that all 45 patients produced antibodies to SARS-CoV-2 is a promising sign. The report also indicated that the vaccine was "generally safe and well tolerated," by patients, which is certainly nice to hear in a trial where the primary purpose is to assess safety.

So, what does this have to do with bank stocks?

More than you might think, actually. While the banking business is obviously more complex than can be addressed in a paragraph or two, the big banks mentioned here need two main things to get back to normal. First, they need to avoid a massive wave of loan defaults. All four have recently set aside billions more in loss reserves, which should help them weather a short-term uptick in defaults. But if U.S. borrowers end up having trouble paying their bills on a wide scale, those reserves might not be enough.

Second, banks rely on consumers and businesses being willing and able to spend money. They need people to buy cars and take out auto loans. They need creditworthy consumers to use their credit cards. If the COVID-19 pandemic lasts for significantly longer than anticipated, consumer demand for loans could stay very low.

Here's the point. Many experts have said that fiscal stimulus certainly helps, and the emergency use authorizations for some potentially effective therapeutics like remdesivir certainly help, but for the economy to really begin getting back to something close to normal, we're going to need an effective vaccine for SARS-CoV-2. The sooner such a vaccine becomes widely available, the sooner banks can (hopefully) see defaults and loan originations return to normal levels.

To be fair, investors should take Monday's vaccine news with a grain of salt. This is a very small amount of data from a very early-stage clinical trial. But since they were the first results we've seen from a vaccine trial and they were positive, it's natural to view it as a hopeful step in the right direction.