Please ensure Javascript is enabled for purposes of website accessibility
Log In Help Join The Motley Fool
Free Article Join Over 1 Million Premium Members And Get More In-Depth Stock Guidance and Research
By Rich Smith – May 21, 2020 at 5:41PM

This is not your kid's quadcopter. Civilian variant Quantix is marketed for $16,500.

As a military contractor, AeroVironment (AVAV 1.13%) is most famous for building unmanned aerial vehicles (UAVs), including its ubiquitous RQ-11 Raven surveillance drone and the "Switchblade," a "loitering monition" that flies like a drone but also attacks targets kamikaze-style, detonating a small warhead contained in its nosecone. Three years ago, AeroVironment attempted to expand from the military into the civilian sphere, marketing a new Quantix quadcopter designed to give commercial customers the ability to use high-resolution color and multispectral video to survey oil pipelines, crop fields, and other large objects.

Now, AeroVironment is returning to its roots and converting Quantix to military uses, as well. 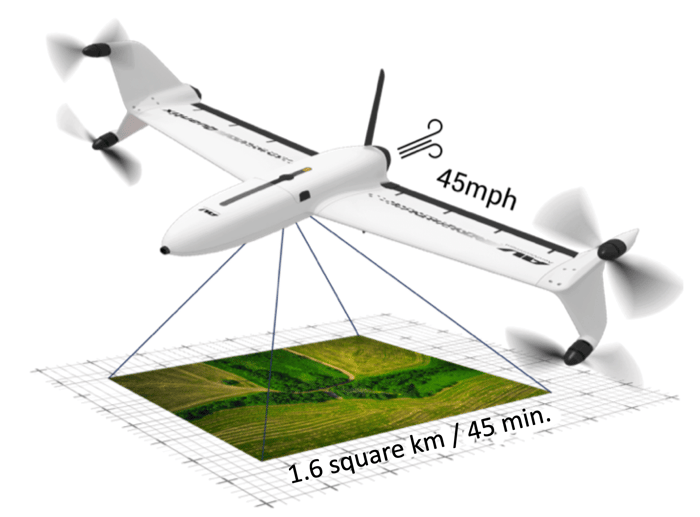 More than just an industrial version of the consumer-grade quadcopters you can find all over Amazon.com, Quantix Recon has a hybrid design that permits it to take off vertically like a helicopter (or a quadcopter), but then fly horizontally like an airplane for as long as 45 minutes per battery charge, surveying an area of 0.6 square miles, or up to 12.4 linear miles, per flight.

Crucially for military customers, Quantix Recon is immune to radio interference, jamming, and hijacking by adversaries because it can be set to fly its surveillance route autonomously, without active radio control, using waypoints to guide it. Upon returning to base, a user can then instantly download the video taken by the drone's dual 18-megapixel cameras and scroll around the survey area on a tablet computer to see everything the drone observed during its flight.

AeroVironment markets its civilian Quantix for $16,500 per unit. The company did not release a price for Quantix Recon.