Please ensure Javascript is enabled for purposes of website accessibility
Log In Help Join The Motley Fool
Free Article Join Over 1 Million Premium Members And Get More In-Depth Stock Guidance and Research
By Donna Fuscaldo – May 21, 2020 at 11:44AM

SoftBank will end up with a 61.2% stake in its Japanese business once the sale is complete.

SoftBank (SFTB.Y -1.40%), the Japanese technology company, is moving ahead with its plans to shore up cash by selling assets, announcing a stake sale of its Japanese wireless holdings.

In a press release, the company said that it intends to sell 240 million shares of its wireless business in Japan, amounting to 5% of its holdings in that business. Once the share sale is complete, SoftBank will have a 62.1% overall stake in the operations. 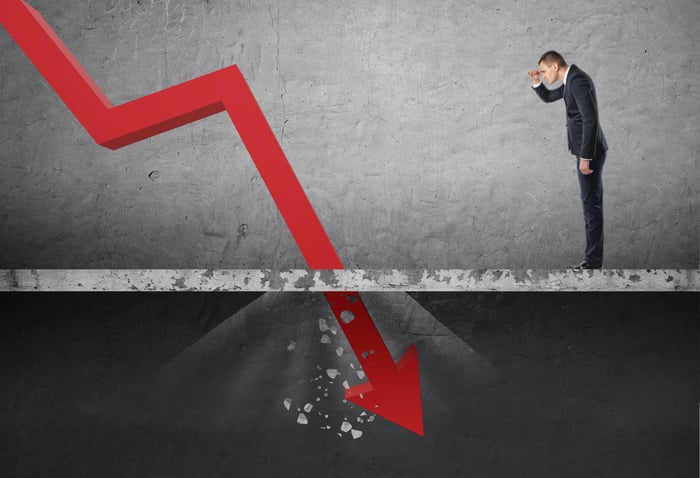 The move is part of the tech stock's plans to sell more than $41 billion in assets over the course of this year to raise cash, pay down debt, and push back at its critics. The company said in the press release that the price paid for the shares will be announced once the transaction is complete. Bloomberg reported SoftBank is selling the shares for 1,306.5 to 1,320 yen.

Earlier this week, The Wall Street Journal reported that SoftBank was in talks to sell a portion of its T-Mobile (TMUS -0.35%) holdings to Deutsche Telekom. It's not clear whether a deal will be inked, or what size of a stake SoftBank is looking to unload.

SoftBank has been facing pressure for months now after its investments in WeWork, Uber, and other bets soured. For its fiscal year ended March 31, its Vision Fund reported a loss of 1.9 trillion yen, or close to $18 billion. Uber represented $5.2 billion of the loss; WeWork accounted for $4.6 billion of the losses; and the rest of investments posted losses of $7.5 billion, according to a Bloomberg report.