Please ensure Javascript is enabled for purposes of website accessibility
Log In Help Join The Motley Fool
Free Article Join Over 1 Million Premium Members And Get More In-Depth Stock Guidance and Research
By Leo Sun - Updated May 21, 2020 at 11:38AM

Sony wants to push minority stakeholders out of the financial unit, but it arguably makes more sense to sell it instead.

Sony's (SONY -0.89%) financial unit, Sony Financial Holdings (OTC: SNYFY), was founded 16 years ago to consolidate and expand its life insurance and banking businesses. Sony currently owns a 65% stake in the publicly listed subsidiary, while the rest is split among other shareholders and joint venture partners.

However, Sony recently launched a $3.7 billion tender offer for the remaining 35% of SFH's shares. If the deal closes, SFH will become a wholly owned subsidiary of Sony, and its Tokyo-listed, overseas listed, and OTC shares will be delisted.

Sony calls SFH a "core business that is integral to the long-term growth strategies of the Sony Group." Instead of operating the business "within certain constraints as a listed subsidiary," Sony believes taking full control of the unit will "ensure the implementation of optimized strategies for each business, and to drive further Groupwide synergies." 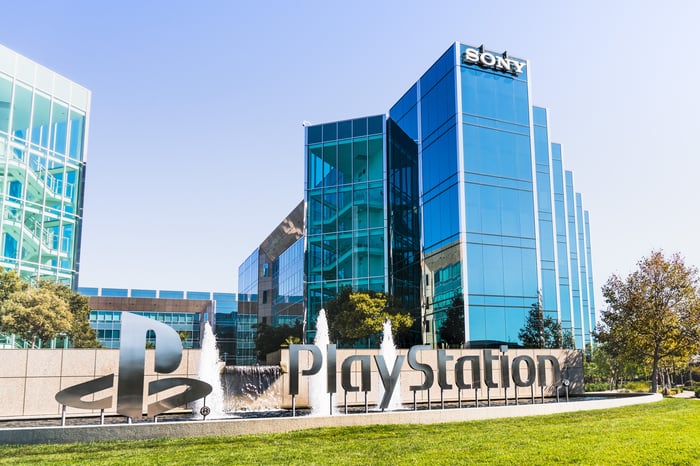 Sony plans to work closely with SFH's management to "increase the value" of its life insurance products and "explore further opportunities for synergies" by integrating more of Sony's technologies into the SFH business. Sony's decision notably defies the demands of certain investors -- including activist hedge fund Third Point -- to sell its stake in SFH to focus on its other core businesses. So is Sony's decision to take over SFH a smart long-term move?

Sony's financial service revenue rose 2% and accounted for 16% of its top line in fiscal 2019. It attributed that growth to higher insurance premiums, mainly from single-premium plans, which offset the weaker performance of Sony Life's investment portfolio. 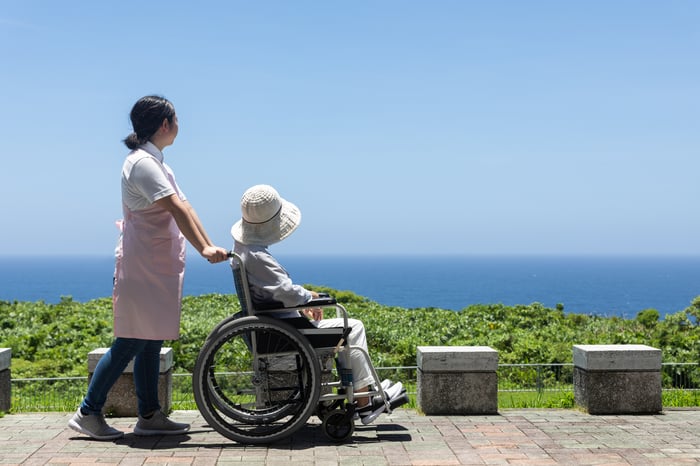 However, the financial unit's operating profit, which accounted for 15% of Sony's operating income, dropped 20%. That decline was caused by higher policy reserves for variable insurance products at Sony Life, losses on investments at Sony Bank, and a "deterioration in market conditions" toward the end of the year.

The COVID-19 crisis forced Sony to suspend all its in-person life insurance sales, and it warned that the unit's rising provision expenses could overwhelm its sales of new policies. That shift is troubling, since Japan's rapidly aging population will likely force Sony Life to pay out more premiums as it sells fewer new plans.

Sony believes taking control of the unit, blending it into its other sales channels, and leveraging its technologies could stabilize the business. Sony CEO Kenichiro Yoshida recently told The Financial Times that Sony's financial profits offset its other weaknesses before: "At a time when geopolitical risks are rising, it's critical to have a steady profit base in Japan."

Sony believes buying out SFH could increase its annual profit by up to 50 billion yen ($460 million). That would be a welcome boost, since Sony's net profit declined 36% to 582.2 billion yen ($5.4 billion) last year -- but it could be easier said than done.

But does Sony already have a new profit engine?

Sony's takeover of SFH might improve the business, and the acquisition complements its other restructuring plans -- including the consolidation of EMI Music and the merger of its Imaging Products & Solutions, Home Entertainment & Sound, and Mobile Communications businesses into a single division. It might also become a stable profit engine again after the pandemic passes.

However, Sony's Imaging Sensing and Solutions (IS&S) unit, which mainly produces image sensors for smartphones and other cameras, has generated much stronger revenue and operating profit growth than the financial services unit over the past year.

The IS&S unit's revenue rose 22% annually last year and accounted for 13% of Sony's top line, as smartphone makers installed higher-quality cameras and multiple cameras into their latest devices. Those content-share gains offset the sluggish growth of the broader smartphone market and the weakness of Sony's own Xperia smartphone business, and CFO Hiroki Totoki claimed COVID-19 had "no major impact" on the business during the conference call. The unit's operating profit also surged 64% and accounted for 28% of Sony's operating income.

Sony is the world's largest manufacturer of image sensors by a wide margin, and demand for those chips should remain robust -- which arguably makes the I&SS unit a more stable profit engine than the financial services unit. Therefore, it arguably makes more sense for Sony to sell the rest of SFH to its minority stakeholders and invest the excess cash back into the I&SS business or its gaming division -- which will face an intense battle later this year as it launches the PS5 against Microsoft's Xbox Series X.

Sony views the takeover of the financial services unit as a simplification of its sprawling business. However, the business doesn't quite complement its core entertainment and image sensor businesses, and its overwhelming exposure to the Japanese market -- which just entered a recession -- is worrisome.

I believe Sony should have sold the financial services unit instead of doubling down on its uncertain future. However, Sony's tighter grip could still improve the business, and it could still benefit from a tighter integration into its other business segments.