Please ensure Javascript is enabled for purposes of website accessibility
Log In Help Join The Motley Fool
Free Article Join Over 1 Million Premium Members And Get More In-Depth Stock Guidance and Research
By Alex Carchidi – May 22, 2020 at 11:10AM

Between a string of avoidable problems and instability in the market, bluebird bio might be in for a rough decade.

Gene-focused biotech bluebird bio (BLUE 10.77%) continues to experience prolonged difficulties in moving its flagship LentiGlobin immunotherapy for beta-thalassemia (a blood disorder that leads to lack of oxygen) to market in the U.S., leading many to question the company's fluency in regulatory operations. Meanwhile, clinical trial delays caused by the pandemic have thrown bluebird's drug development timetables off by many months.

And with bluebird's recent announcement that it is seeking to issue $400 million in new stock, it's clear that the company may be at risk of looming cash flow issues. When these facts are taken in the context of the 2019 legal issues the company faced pertaining to its alleged anti-competitive practices, bluebird is a heavily battered business.

Investors should be increasingly concerned about the company's value in the short term, as well as its long-term competency at navigating regulatory hurdles. How did the former rising star of the gene therapy market end up in such a precarious position? 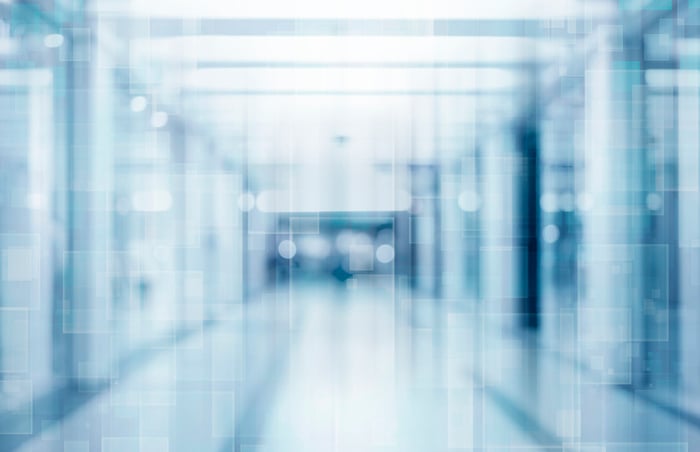 Pandemic delays are only half the story

Clinical trial operations, manufacturing, and preclinical research delays due to COVID-19 seem to be affecting bluebird more than we're seeing with other biotechs of similar stage and market cap, like Agios (AGIO 1.62%). Similarly to many other mid-size biotechs, Agios doesn't expect outsized delays or shortages for its major products or pipeline projects due to the pandemic. The reasons for bluebird's unusual struggles with adapting to COVID-19 are unclear, but for now, investors appear to be understanding of the pandemic's toll on productivity.

bluebird's larger troubles surround its filings for a biologics license application (BLA) in the U.S. for its LentiGlobin therapy. Fully approved BLAs are necessary to move bluebird's drugs to the market, though clinical activity can start with a conditional and partial approval.

In its COVID-19 impact assessment filing to the SEC in late March, bluebird claimed that "based on continued and ongoing discussions with the FDA in the context of bluebird bio's Fast Track and Breakthrough Therapy designations, the company and the FDA have not been able to agree on bluebird bio providing [certain clinical trial] data to the FDA during review of the BLA." As a result, the company expects that its BLA for LentiGlobin won't be complete until mid-2021, a delay of nearly a year. Importantly, bluebird isn't citing the pandemic as the reason for the delay. Instead, the filing points to a disagreement between regulatory authorities and the company, indicating a perplexing impasse that bluebird appears to be causing.

The company's troubles with getting LentiGlobin to the market in the U.S. are especially confusing given the fact that bluebird's Zynteglo therapeutic for beta-thalassemia was already approved in the E.U. in May 2019. But bluebird's regulatory issues are even deeper than they appear.

In a collaboration with Bristol Myers Squibb (BMY 0.96%), bluebird produced its ide-cel chimeric antigen receptor T-cell (CAR-T) immunotherapy for relapsing multiple myeloma. This collaboration was originally initiated with Celgene before that company was acquired by by Bristol Myers Squibb. Earlier this month, however, the ide-cel BLA hit a roadblock when the FDA requested more non-clinical information about the therapy's Chemistry, Manufacturing and Control (CMC) module.

That makes for two BLA issues for bluebird in as many months, suggesting that the company's regulatory issues are pervasive. If ide-cel isn't approved by March of next year, it will lead to a violation of the contingent value rights stipulated in Celgene's acquisition, meaning that bluebird's regulatory troubles have introduced a risk of spiraling problems for its collaborator. Potential future collaborators may already be taking note and planning to find partners elsewhere as a result.

Consider divesting from bluebird bio before it's too late

bluebird will probably survive its present difficulties, but it's uncertain whether the company can turn its fortunes around within the next five years. So far, it hasn't shown any remarkable strength as a growth stock, and its internal problems with regulatory operations may soon depress its value even further.

Current holders should try to sell bluebird as soon as they can, as it's unlikely to gain in value in the medium term and its long-term outlook is unclear. Contrarian investors might want to buy immediately, however, as the company's stock is likely to jump when its ongoing regulatory problems are brought to a conclusion in the coming months.