Despite buying the site just four years ago, the retail giant has outgrown the need for the business.

Not every business can afford to throw $3.3 billion into a fire, but Walmart's (WMT -1.07%) acquisition of Jet.com wasn't a waste, even though the retailer is closing down the e-commerce site.

Even after just four years, the purchase represents some of the best money Walmart spent, and investors should hope it can find another business on which it could shower as much money and then shutter a few years later. 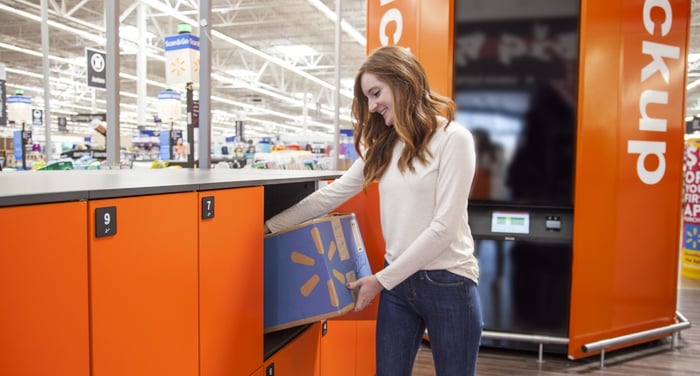 It's who you know

Jet.com was an "acqui-hire" that gave Walmart access to the knowledge and acumen of savvy internet entrepreneur Marc Lore, who co-founded Quidsi, the owner of such websites as Diapers.com, Soap.com, and Wag.com, which he sold to Amazon (AMZN -1.29%) for $545 million in 2011.

Lore worked for Amazon for two years and then left to start Jet.com, which sought to beat the e-commerce giant at its own game by offering cheaper prices and free shipping. Not exactly a sustainable business model, but it caught the attention of Walmart, which was waking up to the reality it needed to press the attack against Amazon, not retreat from it. Lore was appointed president and CEO of Walmart eCommerce U.S.

Since the acquisition, Walmart's online business has boomed, and what it learned from Jet.com -- and Marc Lore -- it has poured into its own digital efforts.

Walmart was confident enough that last year it was able to end Jet.com's position as a stand-alone business, fold it into the retailer's broader e-commerce division, and devote more marketing dollars to Walmart.com.

Just this month, Walmart announced it was eliminating its separate grocery app and folding it into its retail app to eliminate customer confusion and because Walmart's e-commerce business is now a huge, cohesive unit functioning as one.

Doing better without you

It's why Walmart no longer needs Jet.com. Traffic to the site had declined considerably, falling to just 1.4 million visits during December, or 96% less than when Walmart acquired it. At the same time, visits to the retailer's own site surged to 469 million that month.

While Amazon is still tops in overall sales, Walmart is pulling away in online grocery sales, which have doubled during the COVID-19 pandemic, and it has become the leader in that space.

Walmart also just reported first-quarter results that showed total revenue rose 9% to $134.6 billion, but its U.S. e-commerce sales surged 74% over the year-ago period. While the performance is partially a result of it being deemed an essential business during the pandemic, which allowed it to thrive while other, more narrowly-focused retailers were forced to close, it points to the expertise Walmart has gained over the past several years.

Jet.com is superfluous at this point, and the brand is an afterthought for consumers, if it is thought of at all.

Walmart's online business now offers layers of convenience for customers, including having orders delivered to the home, or arranging for in-store or curbside pickup, whether it's general merchandise or groceries.

In fact, it is Walmart's vast physical retail presence that makes its e-commerce sales so potent, as it is only a few miles away from most American consumers.

That is partially behind Amazon's own efforts to increase its retail store presence. The online giant has built out a number of retail concepts but also acquired Whole Foods, which it has lately converted more to so-called "dark stores" that are dedicated to fulfilling online orders. Expanding its retail presence is also one reason why Amazon is rumored to be considering buying bankrupt department store chain J.C. Penney to convert some of its stores to distribution centers and be closer to the consumer.

Walmart just posted 10% growth in same-store sales, a feat few other comparable retailers have been able to accomplish. Yet it's what Walmart has done with its e-commerce business that has really stood out, and while the foundation was laid with its acquisition of Jet.com, it's clear that it doesn't need the distraction anymore.

Closing down the one-off business venture is a smart move, just as the original purchase was. Let's hope Walmart continues to buy businesses that it eventually outgrows in a short span of years.