Please ensure Javascript is enabled for purposes of website accessibility
Log In Help Join The Motley Fool
Free Article Join Over 1 Million Premium Members And Get More In-Depth Stock Guidance and Research
By Matthew DiLallo - May 24, 2020 at 9:35AM

The midstream giant sees the light at the end of the tunnel.

Units of Energy Transfer (ET -1.40%) have cratered roughly 35% this year. That sell-off pushed the yield on the master limited partnership's distribution up to an eye-popping 15%. When a payout reaches that level, it's because the market doesn't believe it's sustainable.

However, Energy Transfer has full confidence in its ability to maintain its distribution, given what it sees ahead. That was one of the key takeaways on its first-quarter conference call. 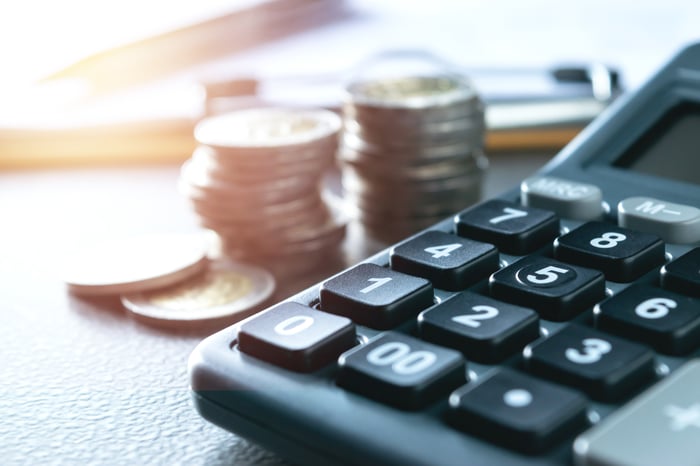 Drilling down into the current numbers

CFO Tom Long drove the discussion on the call. One of the things he noted was that Energy Transfer generated $1.42 billion of cash during the quarter. As a result, he pointed out that the "coverage ratio for the quarter was 1.72 times, which resulted in excess cash flow after distributions of $594 million." In other words, the company is generating enough cash to cover its payout with room to spare.

Unfortunately, there's a bit more to this story. The concern with the payout is twofold. First, Energy Transfer is spending a lot of money on capital projects to expand its operations. It invested $1 billion during the first quarter, implying it outspent its retained cash by more than $400 million. That means it tacked more debt onto its balance sheet, which is a concern since its leverage ratio remains above its targeted level of 4.0 to 4.5 times debt-to-EBITDA.

On a positive note, that outspend should shrink in future quarters after the company cut its capital budget by $400 million due to the turmoil in the energy market, putting it track to spend $3.6 billion this year. Meanwhile, Long noted that it's "evaluating another $300 million to $400 million for potential reduction this year." If it defers that investment, it will further narrow its spending gap, taking additional pressure off its balance sheet.

Given its elevated leverage, the market remains concerned that Energy Transfer might have to reduce its distribution if industry conditions deteriorate further so that it can use that cash to reduce debt. That's the course of action taken by many energy companies during this downturn.

However, Energy Transfer believes it can maintain its payout through this rough patch because it sees better days ahead. The biggest driver of this view is that the company expects capital spending to come down significantly next year as it completes its current slate of capital projects. Long stated on the call that: "As we think about future capital spend over the next three to four years, we anticipate an annual run rate of less than $2 billion. We remain committed to generating free cash flow and still expect to be free cash flow positive in 2021 after growth capital and equity distributions."

In other words, Energy Transfer expects to produce enough cash next year to fund its current distribution as well as all growth-related spending with room to spare. He provided an initial glimpse of how much excess cash flow it could generate by noting that while:

We've not put out guidance for 2021, as you know, but I think it is worth talking about when you look at 2019, we had over $3 billion of what we call retained cash flow. That's above the distributions. When you really look at this year, and you see where we currently have guidance, you'll see that we have free cash flow, we're right at that cusp. When you get to the $2 billion and less than $2 billion [in capital spending] for 2021, you can really look and see what type of free cash flow we have.

As Long points out, in 2021, Energy Transfer could produce around $1 billion in free cash after covering the distribution and capital spending. It can use that money to reduce debt in the near-term and then potentially return more cash to investors via a higher distribution or unit repurchase program once leverage is within its target range.

Walking a tight rope this year

Energy Transfer believes that it can generate enough cash this year to fund its payout and the bulk of its capital expenses, which will help keep it from putting more pressure on its balance sheet. Meanwhile, it expects to hit an inflection point next year when it finishes several large expansion projects, which will boost cash flow as capital spending declines. That has it on track to generate roughly $1 billion in excess cash, which it can use to pay off debt. The MLP believes it can maintain its distribution during this year's market turbulence and for the long term. While it's a higher-risk option, the high-yield provides an enticing reward.